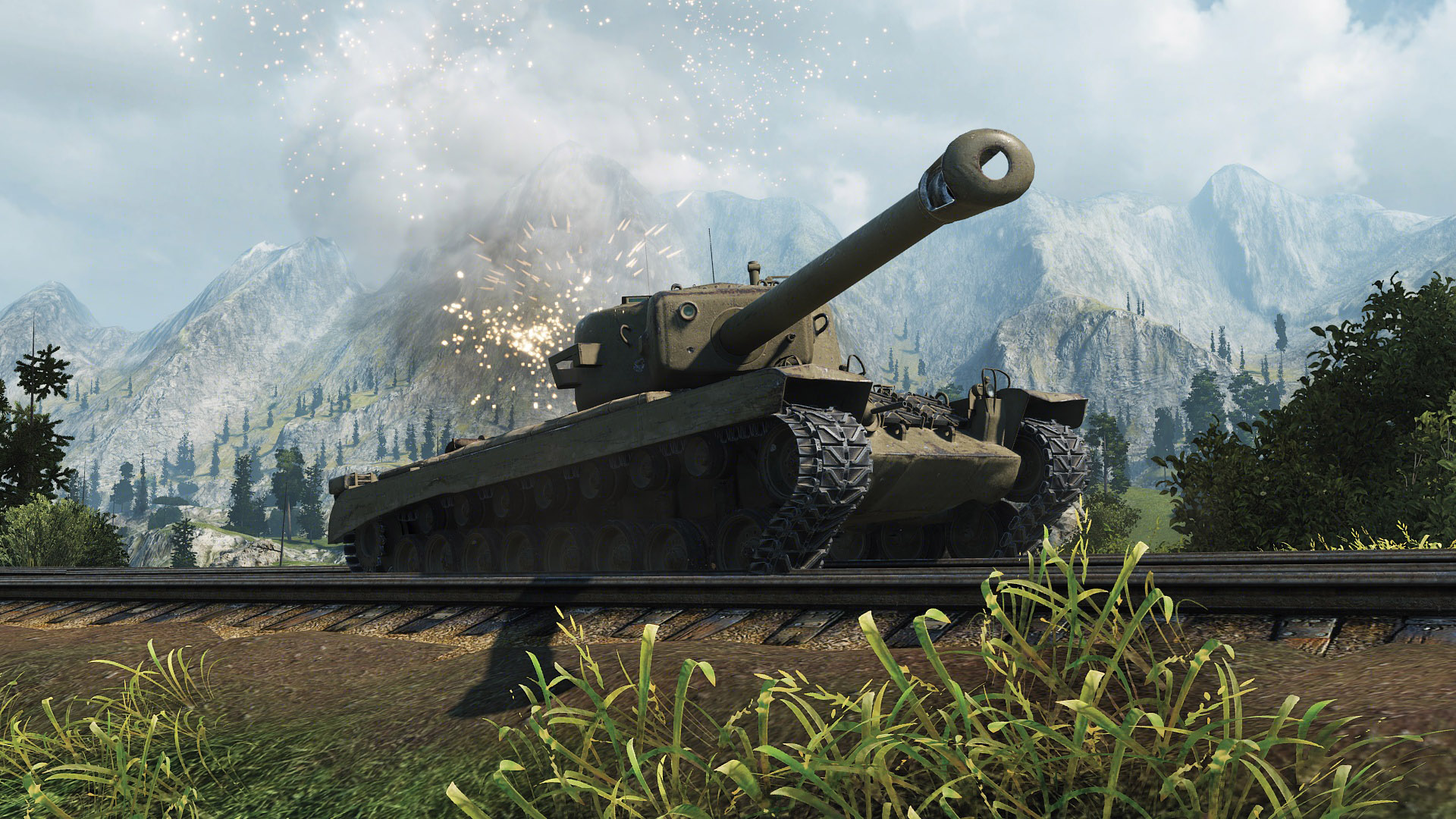 Best Tanks to Go Hull Down with in World of Tanks

Going hull down basically means to position your tank behind a barrier in such a way that the bulk of the tank’s hull is protected from view, leaving only the turret and gun exposed. This usually occurs while on an incline or a hill, where the tank’s hull is in a downward position while its gun peeks over the ridge. The hull down concept can apply to other positions as well, such as being behind a rock or structure.

When going hull down, it’s important to use a tank with strong turret armor, as this is the part of the tank that will be exposed to your enemies. You may also want to have decent frontal armor on the hull as well, in case your frontal plates become exposed while in a hull down positon. When going hull down on an incline, it’s best to opt for a tank that has good gun depression to help you peek across the top of a ridge.

Another tip when going hull-down is to never stay completely still. While moving will throw off your aiming and require another period of adjustment, even slight changes in your position will keep an enemy's aim off. Consider this, when you are sitting completely still, it is giving the enemy time to line up shots at your weakpoints that could severly damage your tank.

Also consider whether or not the enemy team has SPGs alive. If the enemy has numerous SPGs sitting along their defensive lines, you're going to have a bad time going hull-down in the open, as it could take just one well-landed shot to completely destroy you. If the enemy doesn't have any SPGs, you're safe - at least from the sky.

Some of the best tanks to go hull down with in World of Tanks come from the American and Soviet tank lines. The tanks on this list are from Tier 7 and up, as this is when we start to see tanks with the impressive turret armor needed for the hull down method.

The T29 is undoubtedly one of the best tanks to go hull down with in World of Tanks. The T29 is an American Tier 7 Heavy tank that is generally considered one of the best Tier 7 heavies in terms of overall armor and firepower.

What makes the T29 a great hull down tank is its remarkable turret armor. The turret on the T29 boasts a whopping 279.4 mm frontal armor, with side and rear armor values of 127 mm and 102 mm respectively. The hull’s 102 mm frontal armor is nothing to scoff at, either. The T29’s strong turret can withstand and bounce shots even from higher tier tanks, especially when properly angling to increase its effective armor.

If you come up against a T29 in hull down position, don’t even bother shooting at its turret. Call upon your arty to drop an explosive shell on top of the T29, and try to circle around and fire at the weak points on the sides and rear of its hull to take down this goliath.