In Episode 3 of the Batman Telltale Series, things begin to reach a boiling point for Bruce Wayne. 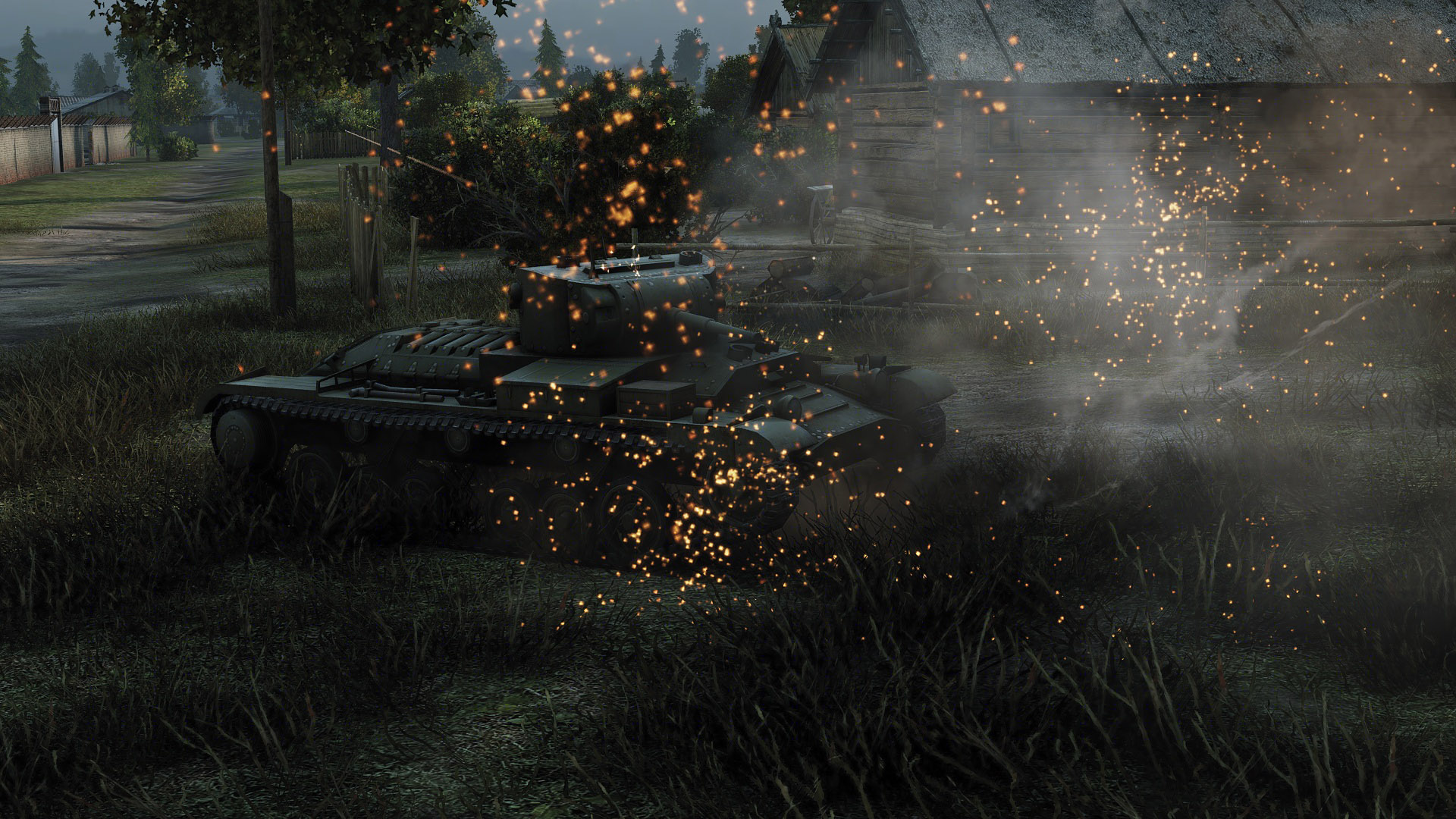 How the latest and greatest update for Rocket League will introduce custom training.

World of Tanks is fairly simple; you play games, try to win, and slowly improve as you progress forward through the game. Upon reaching Tier 4, the landscape changes as Missions become available, with one of the most appealing pieces of content being Campaigns. In order to complete these Campaigns, a minimum tank of Tier 4 is required. As such, it’s important to choose a tank that will see you through the increasingly difficult missions. Below are our picks for the 7 best Tier 4 tanks in World of Tanks.

Starting off our list of the 7 best Tier 4 tanks is the Type 5 -Ho, a Japanese Light tank known for its small stature and agile handling. The Ke-Ho features a small turret, making firing positions from behind structures ideal, especially given the Type 5’s lack of armor.

To help with the damage-per-minute, one of the first modules you should consider researching and upgrading is the Experimental 57 mm Tank Gun Shin. The penetration and damage of this gun will allow you to battle with tanks far above your tier level. However, remember to always aim at the correct parts of the enemy vehicle in order to deliver the most damage.

The Covenanter boasts a large selection of guns suited to different playstyles. The QF 2-pdr Mk. X is excellent for flanking the enemy, whereas the QF 40 mm Mk. VI Bofors will help you when you're and scouting. However, due to the poorly armored rear, it is important to have spatial awareness and ensure that no flanking occurs.

Use this negative as a positive and sit back near any SPGs (or on the edges of the map) to help with scouting. While not necessary if you play wisely, a Fire Extinguisher will help if any enemies land shots on the rear of the Covenanter, as most of these shots will cause engine fires.

Shifting gears into the Medium tank category, the Pz. Kpfw. III Ausf. J is a German tank that excels at late-game plays when large groups of tanks no longer pose a threat. As with most Medium tanks, it can be played a variety of ways. Nevertheless, heavy tanks will still be difficult to take down.

Use the Pz. III J’s compact design to scout effectively from range, while also looking for any opportunity to flank the enemy. When using the 7.5 cm Kw.K. 37 L/24, look for tanks of the same (or lower tier) level to use it against, as its damage output is incredibly formidable for smaller targets.

Though the Pz. III J isn’t part of the preferred German tank lines, there are still a few enjoyable tanks including the VK 30.01 D.

Another great Medium tank worth focusing on in Tier 4 is the British Matilda. For a Medium tank, the Matilda offers a lot of armor, making it an appealing bully for Medium players who avoid scouting. Take your time when deciding where to go, as the Matilda is extremely sluggish and will not change locations swiftly.

When using the Matilda, expect to be late to the party, but make up for this by using the QF 2-pdr Mk. X-B to penetrate almost any other tank. The high armor and HP pool will allow the Matilda to survive a lot longer than expected, but as always... play smart!

The B1 comes in on this list of 7 Best Tier 4 tanks as it is one of three heavy tanks available at Tier 4. While this isn’t a great sales pitch for the B1, it is a decent tank when versing at-tier tanks. By ensuring you angle the B1 correctly, several enemy shots will simply bounce off of the hull thanks to the 60mm, slopped, frontal armor.

One selling point of the B1 is its speed. Most heavy tanks are cumbersome and sluggish, but the B1 offers an acceptable top speed and a fast turret traverse speed to help with maneuvering and aiming at fast-paced Lights. Stick with a couple of other tanks to help alleviate the pressure from the B1’s underperforming guns. While the B1 draws the enemy’s attention, the allies will be able to take shots. If the enemies continue to focus the other tanks, use the weight and HP of the B1 to ram enemy tanks.

Tank destroyers are for players who want all the damage, even at the expense of armor; they are the ultimate glass cannon. The T40 is one such Tier 4 tank that allows a for a lot of dynamic playing, as opposed to being stuck as a sniper.

With six different guns available, the T40 offers a wide variety of play styles. The 105 mm AT Howitzer M3 is a short range gun great for ambushes, the 57 mm Gun M1 is excellent at sniping, and the 76 mm AT Gun M1A1 boasts the best penetration and damage across the board.

Use the 57 mm when sitting in lanes or on the edge of lanes behind cover and the 76 mm when sniping. As with all open-top tanks, be extremely cautious about shells from SPGs.

The last tank on our list of 7 best Tier 4 tanks is the Pz. . IVb, a German SPG or “Arty.” What makes the Pz. . IVb so appealing as a Tier 4 SPG is that it can fire armor-piercing rounds and not just the standard munitions of an SPG. As with all , the Pz. . IVb suffers from slow mobility and slow aim times, meaning that patience is required to use it effectively.

However, once the reticule has stabilized, the German assets come into play in the form of incredible accuracy. Playing the Pz. . IVb like a Tank Destroyer can be risky, but it is an option. Stick to areas where enemies funnel through to ensure your shots hit their targets.

Selecting the right Tier 4 tank can be a huge game-changer for new players, as it is probably the first tank that will be used when completing Campaign missions. As such, by using any of the above 7 tanks, you give yourself a serious boost when it comes to your rate of success.

The 7 tanks listed above are some of the best Tier 4 tanks available, with a few even leading down interesting tank lines. What Tier 4 tanks do you belong on the list? Let us know in the comments!