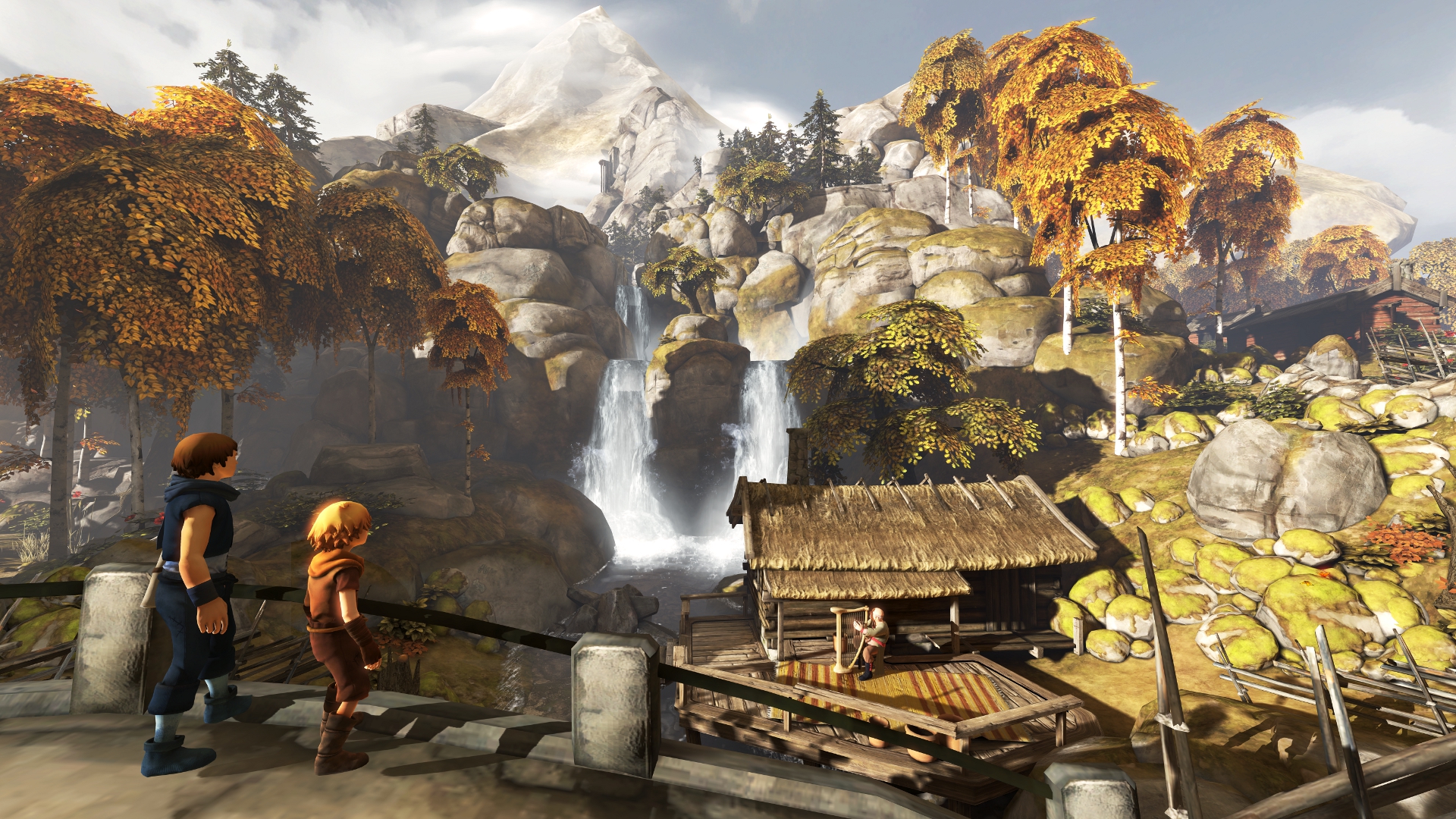 Brothers: A Tale of Two Sons is a beautiful game, and similar to Abzu in that it’s sparse with narration. Yet this lack of dialogue doesn’t impede the overwhelming emotions players will feel as they experience the story firsthand. The game begins with a boy named as he pays his respects at his mother’s grave, who drowned at sea with him feeling guilty for being unable to rescue her. The boy’s elder brother, Naia, calls out for him to help their sick father reach the doctor.

The doctor informs them the only way to save their father’s life is to collect water from the Tree of Life. With this in mind, the two brothers embark on their journey and the game must be played cooperatively with players toggling between the two brothers. Eventually, they stumble upon a girl who tries to seduce Naia and tricks him into entering the cave much to dismay. Once inside, she transforms into a massive spider and tries to eat Naia, who defeats her by pulling off her legs and becoming mortally wounded in the process.

At the end, the two brothers reach the Tree of Life. Here, Naia insists that venture on reach the top of the tree and collect the Water of Life. When Naia returns to the bottom of the tree, he finds that Naia has succumbed to his injuries. Unable to revive him no matter how hard he tries, buries his older brother and mourns him before returning back to the village with the water.