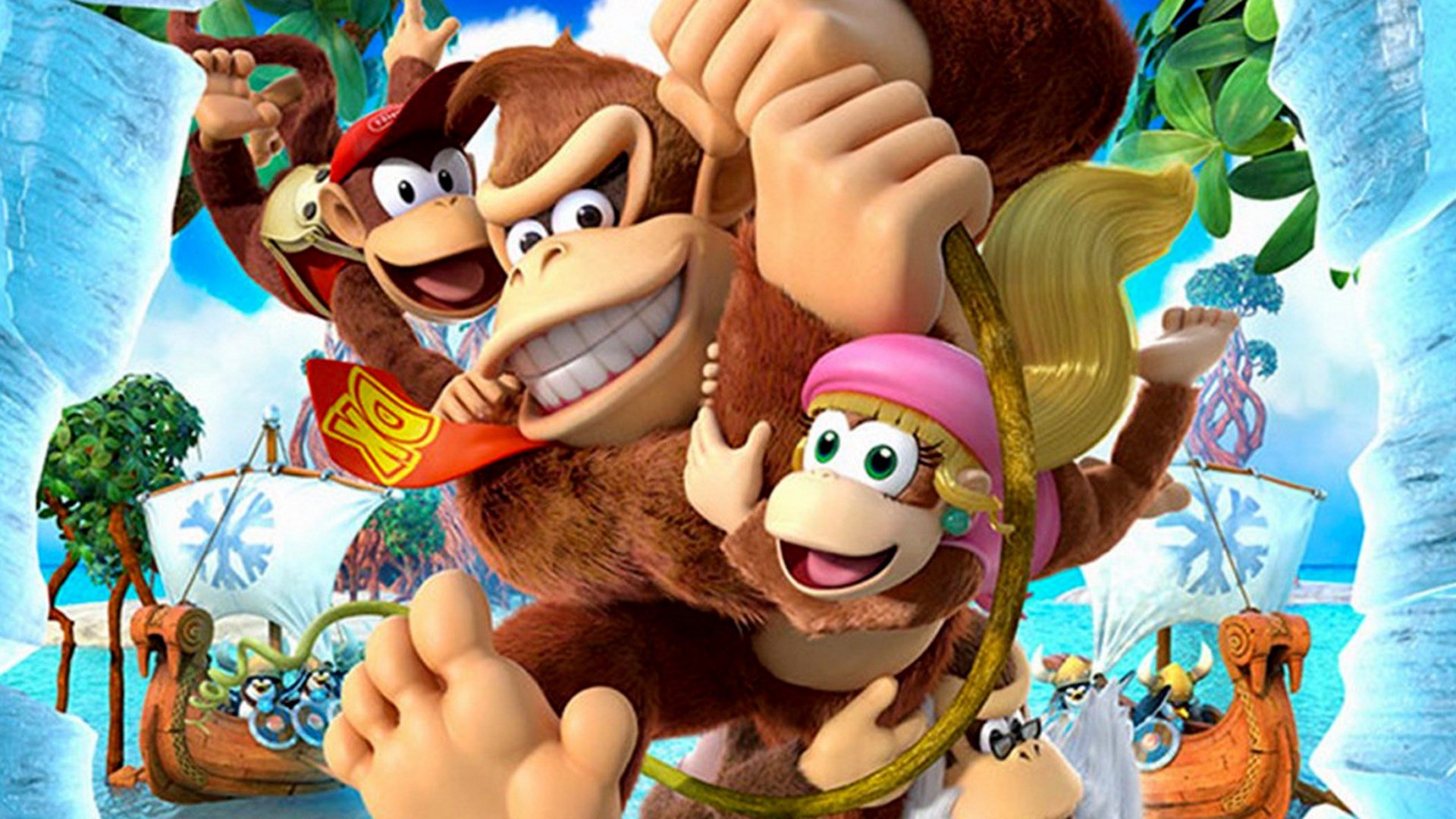 Amidst all the clamour over Nintendo Labo and Dark Souls coming to Switch, you’d be forgiven for missing the news that Donkey Kong Country: Tropical Freeze will also be getting a re-release on Nintendo's latest console. Donkey Kong’s second outing since DKC: Returns on the Wii seemed destined to be overlooked; released to a dwindling audience on the WiiU back in 2014, the market for the title was already small, and despite solid reviews, many saw the game as a lazy extension to its predecessor.

Tropical Freeze is anything but lazy, however. In fact, we’d go so far as to say it’s one of the best 2D platformers Nintendo has released in quite some time, even including the Mario franchise. You may have overlooked it the four years ago, but here’s why Retro Studios’ Donkey Kong Country: Tropical Freeze deserves a second chance on Switch.

Nintendo has been on an absolute stormer when it comes to kitting out their games with full orchestral scores. While the larger titles like Odyssey and Breath of the Wild draw most of the attention, their smaller games have hardly been slouches in that regard either. Much like DKC Returns, David Wise’s soundtrack to Tropical Freeze is filled with bouncy remixes of old Kong classics, along with some excellent new tracks. Nintendo has a real knack for creating music that perfectly matches the atmosphere of a level, and Tropical Freeze is yet another stellar example of this. Take a moment to listen to either Broken Bayou or Funky Waters from the OST and you’ll see what we mean. DK’s steel drum beats easily outclass anything the 2D New Super Mario Bros. or Kirby games have given us, providing the perfect accompaniment to the jungle island adventure.

Odyssey may be a beautiful game, but Mario’s recent 2D platformers have hardly pushed the boat out when it comes to beauty. Tropical Freeze on the other hand is quite simply gorgeous. The island itself is luscious enough, but the game regularly throws in new ways to surprise you graphically, whether it’s the silhouette levels like Amiss Abyss that leave red colours like DK’s tie popping from the background, or the red hot heat emanating from Scorch ‘n’ Torch’s raging wildfire. Animations stand out too, with plenty of background detail given to both plantlife and the island’s inhabitants. You might not notice it directly as you barrel through the stages, but it all adds up to a fantastic experience. Tropical Freeze made simple, yet impressive use of the WiiU’s hardware, and still looks great to this day. We expect it to look just as good if not better on the Switch’s crisp handheld screen.

The level design is brilliant

We’re willing to go out on a limb here and say that Tropical Freeze has the best 2D platforming Nintendo’s catalogue has ever seen. Beyond the opening world, each level brings at least one new idea to the fore, and then mashes it up with one or two more core mechanics, combining them in some truly inventive ways. One level sees you piloting a rocket through the gap in a rolling wheel of cheese, while another asks you to hop between rocks and debris in the middle of a mountain-top avalanche as parts of the world collapse around you. The challenges you’ll face are always tied into, and generated by, the world around you. This is best realised in World 5, where each level has you pass through a different stage in the production line for fruity ice lollies. Honestly, we could go on for some time about Retro Studio’s efforts on this front, but creator of Game Maker’s Toolkit, Mark Brown, has already said it better than we ever could in his video on Tropical Freeze’s design:

The enemies are great

The primary antagonists of Tropical Freeze are viking penguins and polar bears who’ve launched an invasion of DK’s homeland. If that doesn’t sound like a banana-filled barrel of laughs to you, then I really  this little guy is a penguin archer who appears to be shooting sardines at you. That fella right there is reason enough to give this game a chance. Not good enough? How about a fat rabbit that throws watermelon bombs your way? Genius.

It’s challenging, but you can make it easier

Don’t let the goofy aesthetic fool you, DKC: Tropical Freeze is a seriously tough platformer, one that’ll really push your planning and quick thinking skills to the limit. Those who find the Mario’s tests of dexterity on the simple side would do well try his hairy old Nemesis on for size.

Though you can go it alone as DK, it’s far more enjoyable to take a pal with you in the two-player mode. Letting a friend join the fun as Diddy, Dixie or Cranky Kong won’t make the game any less tough, but each of them provides a unique ability to help surpass some of the more challenging areas. Diddy and Dixie each grant hover-based powers, while old man Cranky can bounce on his walking stick like a pogo, taking no damage from spikes if he does so. Built with co-op in mind, levels are often designed around the secondary characters, with the skill-based KONG letters and secret puzzle piece collectables reached more easily through smart application of these abilities. Collect enough of these and you’ll unlock a suite of truly fiendish bonus levels that make the rest of the game look like a walk in the park.

If you’re lacking in platforming prowess, the Switch release doesn’t want you to miss out, letting you take control of good ol’ Funky Kong — you know, the Kong who’s only beaten by Lanky for how rarely he shows up. Funky’s abilities are all boosted variants of the main cast, giving him the ability to double jump, hover and even hop through spikes using his surfboard.

All in all, Donkey Kong Country: Tropical Freeze is a first-rate platformer that easily outdoes the New Super Mario Bros. series in both challenge and design. If you missed out on the famous simian’s frosty outing first time round, make sure to give it a go when it arrives on Switch, May 4.