Find out when you can explore beautiful ocean landscapes in the indie game, Beyond Blue! 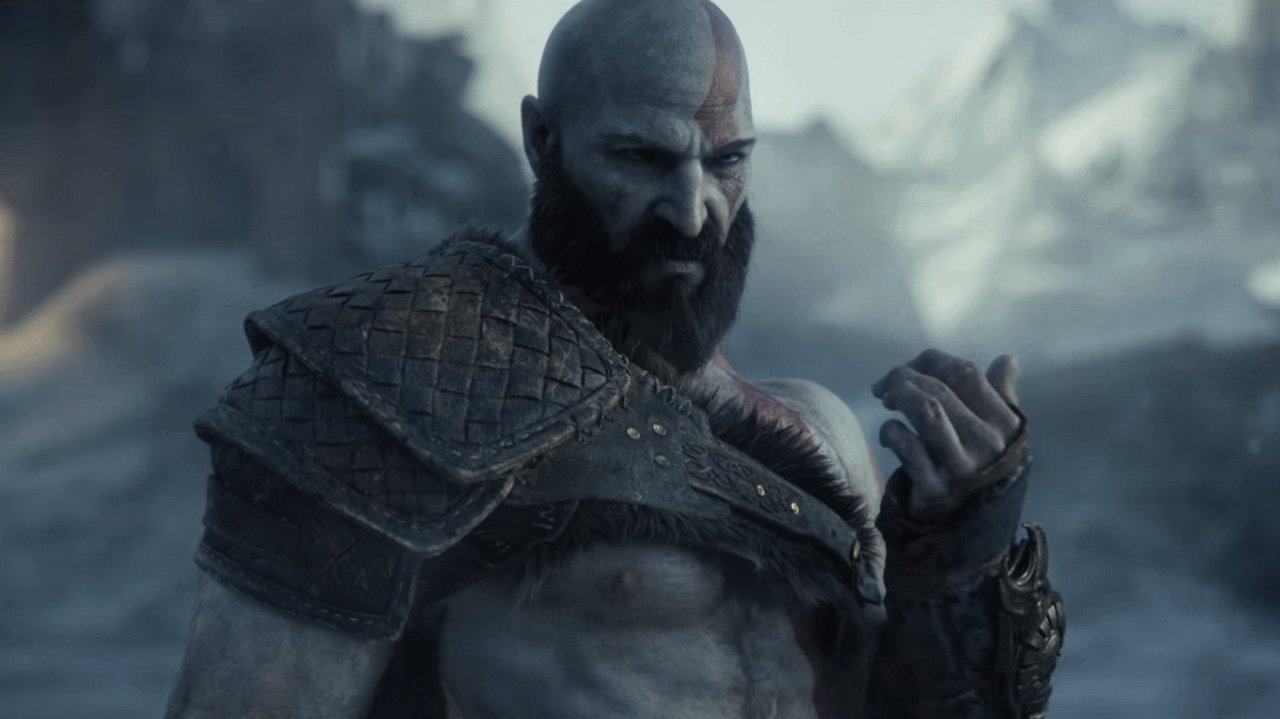 So you think you've beaten God of War

So how are you spending your time in isolation? Learning a new language? Developing an artistic talent? Maybe you’ve finally caved and become one of those sourdough bakers. All valid timesinks, we’ll agree, but you could also be putting those extra hours at home to something with real value, something like heading back to clear up the toughest challenges in your video game library and finally earn those platinum trophies and 100% achievement ratings.

If you’re looking back at some of the hardest games to platinum and finding it a little daunting, don’t worry, we’re here to help. In this article we’re looking at 2018’s God of War, to help you guide grumpy Kratos and little Atreus through the least-obtained trophies in Odin’s catalog.

So you think you’ve beaten God of War

Kratos and his boy face many tough challenges on their journeys through Midgard and beyond, but a few stand out from the rest as a serious test for even the Son of Sparta. Below, we’ll take you through the Fire and Brimstone, Allfather Blinded, and Chooser of the Slain trophies. Prepare yourself boy, there’s a fight ahead.

The task: Complete all of the Trials of Muspelheim

Depending on your viewpoint, Muspelheim’s fiery rockscapes are either a pleasant break from the icy cold, or an oppressive and unforgiving landscape. Either way, it seems most players didn’t spend much time there, because the challenges posed by God of War caldera are one of the game’s rarest trophies. Fire and Brimstone asks you to beat all the trials of Muspelheim. They’ll get progressively harder as you go, but if you want that trophy (and the Chooser of the Slain) then you’ll have to beat 'em. Here are our tips for each of the six trials offered, but before you begin, make sure you’re at least level 6 or 7 in gear.

Most of the trials are split into two parts, and it all kicks off very gently. Trial one asks you to kill 15 enemies in three minutes, then kill enemies quickly in waves that’ll respawn if you aren’t fast enough. There’s no much to talk about here as the tasks aren’t too hard. For the latter, lower everyone’s health before delivering the finishing blow on each.

The easy mode here asks you to survive for five minutes, which should be pretty easy, but use slowing and staggering summons to make some room if you need. The hard version sees enemies heal instantly, so use your fists and Atreus’ arrows to stun enemies for insta-kill finishing blows.

The first stage has you fight an elite enemy who’s invincible while his mates are alive, so your job is to take out his minions whenever they appear before moving on to the big boss himself. Save your runic attacks for when he's vulnerable. The second asks you to kill within circles. Using the Chaos Blades once they're upgraded to pull foes is incredibly useful here, as you can drag weak enemies into the zone for an easy kill.

The easy task here is simple but takes time. All you need to do is kill 100 enemies. Take your time and work through it. The hard task here asks you to keep Atreus from being captured, which is basically as simple as punching anyone who dares to grab him. Be a good dad, really.

Here’s where things get tough. The first one gives only a minute on the clock, with time extending for each kill. Much like Trial 2, you’re best covered here by using your fists and Atreus to score insta-kill takedowns. Be careful in the end phases as some much tougher enemies like a Soul Destroyer will show up. The hard version asks you to kill 20 enemies without taking damage. You don’t have a time limit, so be patient. We advise throwing your axe often and using ranged Runic attacks and summons. Take out ranged enemies as quickly as possible to avoid getting hit by a random fireball.

Is that a Valkyrie? Oh yes. The final Trial tasks you with taking down Gondul, one of the tougher Valkyries you’ll face. The main attack to watch out for is an unblockable strike that begins with her rising into the air. Spam Atreus’ arrows whenever she lifts up to deny her the chance to use this. She also has a neck stomp that does outrageous damage, presaged by a shout of “Valhalla!” Whenever you hear her scream this out, start dodging as much as you can to keep avoiding the landing strikes. Combine your Runic attacks up close after her volleys to deal your own meaty damage in return.

The task: Kill all of Odin’s Ravens.

Rather than creating challenge through combat or puzzle contents, the Allfather Blinded trophy likely put off most players due to the sheer number of winged pests the one-eyed leader of the Aesir flung out across the land. There are 51 of Odin’s pets to toss your axe at around the various worlds of God of War, and finding them can be a real pain. Fortunately, we’ve already put together a guide for exactly that, so click here and follow the instructions and images to complete the Allfather Blinded trophy in God of War, easy as that!

Chooser of the Slain Trophy

The task: Defeat the nine Valkyries

Probably the hardest challenge in God of War, the Chooser of the Slain trophy asks you to track down and defeat all nine Valkyries. Easily the toughest enemies the game has to offer, you’ll likely only have the gear to face them in the latter stages of the adventure. Trusting you already made it there and have finished the game, we’ll take you through where to find all nine valkyries below, before explaining how to face the most fearsome foe of them all, Valkyrie Queen Sigrun.

Before we start, a bit of advice for each: Barring the queen, all the Valkyrie fights start with them waiting for you to approach. Use their awakening animation to deal as much damage as possible before they strike back. If you can, equip Kratos with staggering runic attacks that can give you a breather during fights.

Valkyries will appear on the map as hidden chambers of Odin, and you’ll need to have gone far enough in the story to obtain the shard that opens these before you take them on. Once you have it, look in the locations listed below for each of them:

The first few Valkyries shouldn’t pose too much of a challenge, but for Olrun onwards you’ll likely want to be at least Level 6 or higher in gear. In the case of Rota you’ll need to complete the preceding Trials of Muspelheim, and for Hildr you’ll have to equip gear to keep you alive within the Niflheim fog long enough to find and fight her, though the actual battle is easier than most. Be prepared to learn their movesets, parry some strikes and dodge the red unblockable attacks. Once you’re done with them, the real challenge awaits.

Beat the other Valkyries and return their helmets to the Council of Valkyries and you’ll finally be able to take on God of War’s most fearsome opponent: Valkyrie Queen Sigrun. This fight is seriously challenging. We’re talking Sekiro boss fight levels of challenge, so be prepared for a slog. If you want to take it on, we’ve got a complete guide up for you, so click here to read it, gear up and give that Valkyrie leader a good punch or two.

Phew! Hopefully dropping back into God of War to wrap up the hardest trophies wasn’t too hard on you. Kratos is a cranky old soul, but after an hour in his boots you’ll likely be back in godly form. Congrats, because that’s another title from your back catalogue knocked off the list.