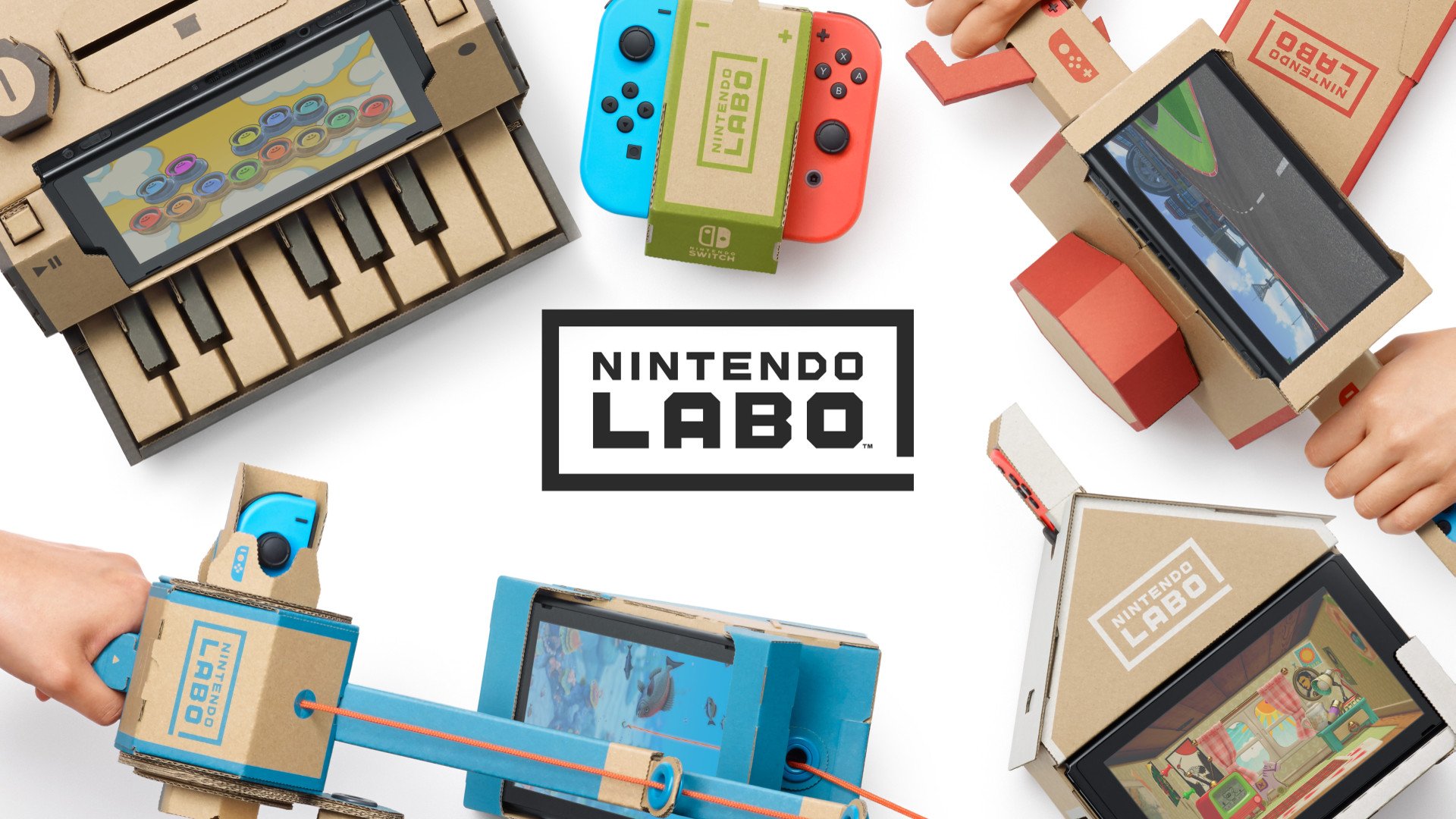 What's the deal with... Nintendo Labo?

Nintendo Labo is the latest interactive idea cooked up by the boffins at Nintendo for their Switch console. You might see people calling Labo cardboard LEGO or papercraft robot wars, but there’s a lot of clever work that’s gone into this thing. So far we know the release date and a few details about how they’ve turned cardboard boxes into gaming peripherals, so here’s the deal with Nintendo Labo.

When is Nintendo Labo’s release date?

First up you can get your hands on either of Labo’s launch sets from April 20 in North America, and April 27 in Europe and the UK. That’s not long away and pre-orders are already open on Amazon and a few other online retailers.

How much does Nintendo Labo cost?

There are two sets, cleverly labelled Toy-Con 1 and Toy-Con 2. The first is a Variety Kit of five different activities to play with your Switch: a fishing rod, a house, a piano, 2 RC cars and a motorbike. Toy-Con 1 costs $69.99 and comes with the software cart to plug into your Switch to play with the cardboard peripherals.

Toy-Con 2 is a robot suit, made up of a backpack with arm and leg tethers and a headset to slot one of the Joy-Cons into. Toy-Con 2 costs $79.99 and comes with the software cart to control a giant robot rampaging around a town.

How does Nintendo Labo work?

In an age of bluetooth enabled toilets and WiFi underwear it sounds like magic that plain, folded cardboard can be hooked into your Switch to play games with. Of course, the magic is simply clever tech built into the Switch’s detachable controllers; the Joy-Cons. Each activity in Labo has a cardboard assembly that one or both of the Joy-Cons slot into, and depending on the activity they either record inputs or act as the output based on what you’re doing with the Switch screen itself.

For instance, the RC Cars Labo activity slots both Joy-Cons into a rigid cardboard “vehicle” that looks a bit like an insect or a microchip. You use the Switch’s screen to press forward on one or both of the Joy-Cons which causes one or both to vibrate at a frequency capable of moving the vehicle across a hard surface, like when your phone vibrates off your bedside table when you won’t stop your alarm in the morning. Only Nintendo would swap around the roles of the console and the controllers.

Other more complex constructions, like the piano activity in Toy-Con 1, use the right-hand Joy-Con’s IR sensor in the base to detect inputs. The piano has small pieces of reflective tape on the back of the keys and when they are pressed they enter the view field of the IR sensor, which recognises which key has been pressed and makes the appropriate tone. The same mechanic allows Toy-Con 2’s robot suit to detect how far you are moving your arms and legs.

Inside the robot backpack there are four sliders attached to strings. The strings move the sliders up or down based on how far you lift or move your legs and arms. The sliders have reflective stickers on them similar to the piano keys, and the Joy-Con plugged into the middle of the backpack can see which sliders are moving and tell your on-screen robot avatar how to move.

Everything is explained within Labo so if you’re curious, or your children are asking more questions than we can answer here, you can open a tutorial within the game itself which shows cross-sections of your cardboard contraptions and how they work.

Will there be more Labo kits?

Nintendo have so far announced two Labo kits, Toy-Con 1 and Toy-Con 2. Given the groundwork has been laid for any number of interactions with cardboard, we expect there to be other official Labo kits announced soon, possibly at E3. But we’re also anticipating Nintendo opening up the platform to allow people to design their own experiments, though that will likely be much further away from reality.