The 0.47+ Valorant patch brings Raze down a notch and improves eco options vs Sage. 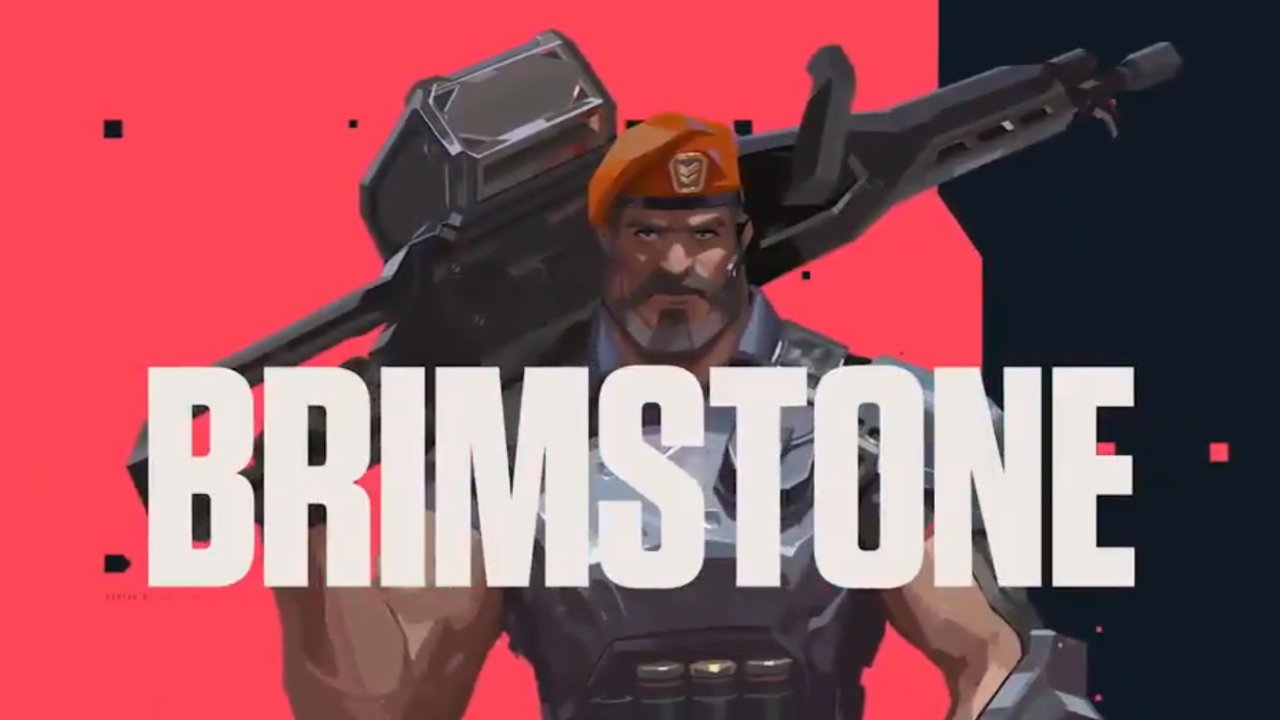 Here's how to install Nvidia RTX Voice so your team mates won't kick you out of Discord anymore.

If you’re looking to be the composer who coordinates and conducts the flow of your team, then Brimstone is the Agent for you. Dropping smokes and occasional death from the skies, he enables the assaults of his allies, or blocks chokepoints to hold the enemy hordes at bay. Follow our guide for how to play Brimstone and you’ll control Valorant’s maps and shut down your enemies options to secure the win.

How to play Brimstone

Brimstone is a controller class, which means his strength is controlling the map to stifle the enemy or allow his side to push up. Instead of direct combat powers or entry tools, he relies on buffs and area denial tools. Speaking of powers, here’s his suite:

Brimstone will get one Sky Smoke for free each round, with two more available to purchase for 100 each. By bringing up a map on his wrist, Brimstone can choose up to three nearby locations to drop smokes that block vision. Smokes land on the ground regardless of ceilings, and reduce the vision of anyone inside.

Quick tip: You can choose smoke locations prior to the round start, so you can deploy that as soon as the walls fall.

Brimstone can purchase two Stim Beacons per round, for 100 each. Equips a Stim Beacon which can be thrown down to grant a 10% boost to rate of fire, reload speed, weapon swap speed and recoil recovery to anyone who enters the zone. The buff lasts for four seconds after leaving the Stim Beacon area.

Quick tip: Throw the stim beacon down directly before your team pushes a dangerous corner to give them an edge.

Brimstone can buy one Incendiary per round for 200. Equipping a grenade launcher, Brimstone can fire an incendiary round which bounces off walls and detonates when it touches the ground to leave a damaging pool of fire.

Quick tip: Incendiary is best saved for defending the spike plant when on attack. Fire it on the ground from afar to deny a defuse even if you’re outnumbered.

Requires six points to charge. Bringing up a wrist map larger than that of his Sky Smoke, Brimstone chooses a location to target with Orbital Strike. After a short delay, the area erupts with a massive beam, dealing large damage over time.

Quick tip: Orbital Strike combines well with intel heroes like Sova and Cypher. Fire it on enemies trapped in corners or tunnels that can’t easily run away, or save it to deny a spike plant or defuse.

As Brimstone, you’re the lynchpin to any attack, so that means the Spike player should be with you, or you should have the spike. Stick with the majority of your team, lay down your smokes and then follow them in. It is vital that you communicate with your team. Don’t just throw smoke and hope they push in; tell your allies where you’re smoking and where they should attack. Do not lead the attacks in unless you have to; your powers are too important to risk losing to an unlucky shot.

On defence, you can either hold a chokepoint site like Haven’s C or Split’s B solo, repeatedly dropping smokes, or you can play with a teammate is a semi-central position. Ideally you should position yourself to be able to smoke both the site your own, or the mid bombsite/path if your mid player calls for support.

Because you’ll be keeping your distance and following teammates, but want to remain adaptable, we recommend grabbing a rifle like the Phantom or Vandal. Pick the former if defending a close corner, and the latter if fighting from range.

Sky Smoke is the ability that defines Brimstone, and the reason you’ll see him appear on almost every single Valorant team. As an attacker, you can open up bombsites or the middle path for characters like Jett and Phoenix to assault. As a defender, you can cover multiple paths at once, smoking off two attacking routes to hide your location, or repeatedly smoke a single choke point to slow the enemy attack to a crawl. Mix up how you approach rounds to avoid the enemy predicting you.

To make the most of Sky Smoke, you need to know the maps. Aiming the smokes is pretty simple, but there are a few spots that need practice. Split’s B-site is a challenging one to assault, so enter a custom game and practice dropping smokes on heaven (the higher path that leads to mid) as this is a common player position.

Your goal when landing smokes isn’t to block off every single defender position. What you’re aiming to do is reduce the number of angles your teammates have to check when entering. Blocking key chokepoints is good, but as the game goes on, pay attention to where you opponents are defending and start to block their views instead.

Remember, smokes are NOT walls, so both you can your opponents can fire through them. Have Cypher use his camera and tripwires, or get Sova to shoot his arrow into or through smokes to score unexpected kills.

Have any tips of your own for how to play Brimstone in Valorant? Share them in the comments below so everyone can learn from your experience! Want more tips and tricks? Click here for a few secrets you might not know.