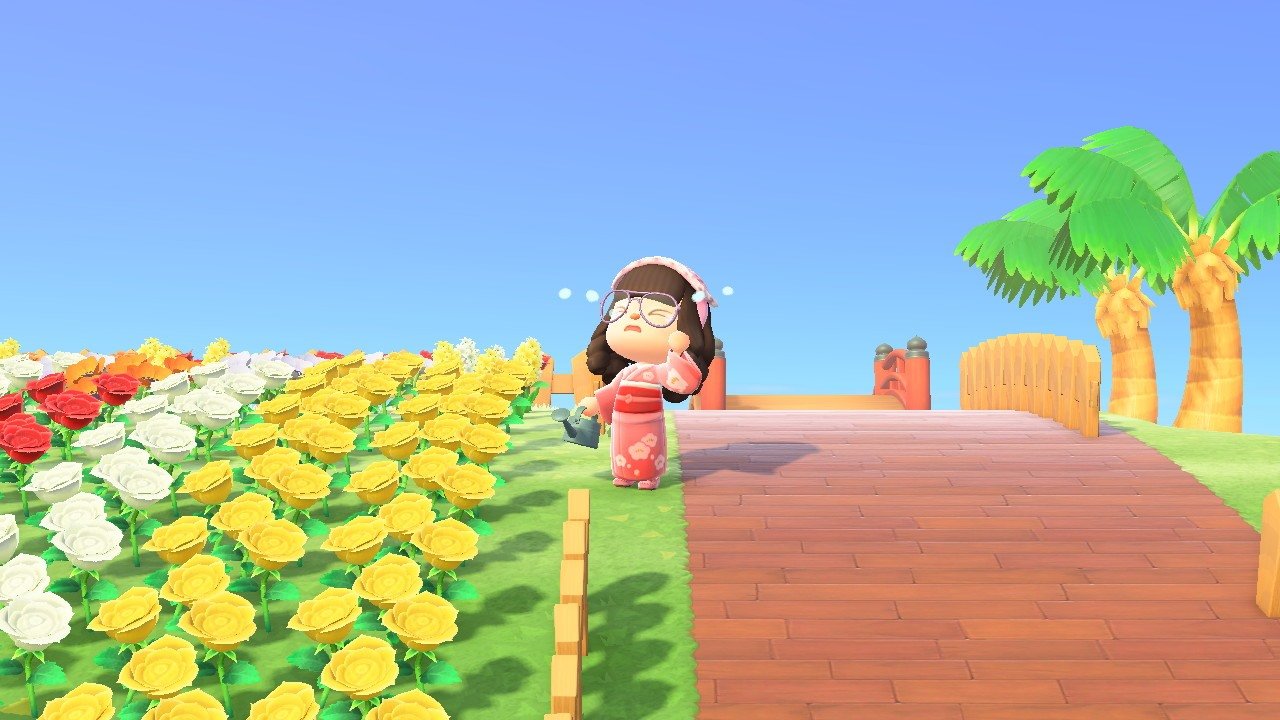 Animal Crossing: New Horizons is high on our list of GOTY contenders. For the most part, it feels like a perfect game. You get to build a home, decorate your island however you like, interact with adorable Villagers, and become increasingly more in debt to Tom Nook as he entices you to add new rooms to your home.

Yes, Tom Nook, we want the basement. Yes, we understand it’s 2 million Bells, we’ll sell some turnips and get back to you.

Animal Crossing: New Horizons is a ton of fun, there’s no doubt about that. However, no game is without its flaws. We acknowledge that everything is subject to personal opinion and one thing that we hate another person may love.

Because of this, we’ve been speaking to a number of other Animal Crossing players and they all agree with us on 5 key updates that should be made to the game.

Pull up a chair and get comfy because we’re going to let loose with our thoughts on Animal Crossing: New Horizons features that seriously need improvements, changes, and fixes.

We’ve put well over 200 hours into Animal Crossing: New Horizons, and we still don’t understand why you can’t craft items in bulk.

Take a basic fence, for example. Let’s say you need to make at least 100 pieces to fence in your new orchard. Rather than input the number of pieces you want crafted, you have to keep hitting the craft button over and over and over again as your character repeatedly shows you your newly crafted fence.

We see it, it’s beautiful, keep this circle hands crafting.

Not being able to craft in bulk is incredibly frustrating and adds little to the overall gaming experience. Furthermore, why can’t we pull crafting materials directly from our home inventory while using a DIY bench in the house?

We have a cute DIY bench set up in the corner of our main room and we use it frequently to prepare tools before heading off to a mystery island for a little tarantula farming. To craft the tools we need, we first need to take every single piece of crafting material out of our home inventory and put it into our personal inventory.

Once we’re done crafting, we then have to put all those materials back. Being able to tap into our home inventory without having to pull things out and put them back in would be amazing as well and we really hope something like this is implemented in the future.

To add to the bulk crafting idea, we’d also love a way to buy items in bulk. The best example of this is probably the Able Sisters shop. While using the changing room, it’d be nice if we could simply select all of the items we want to buy at once and be done with it.

Right now, we’re stuck putting things on, stepping out, sending them to our home, then stepping back in to buy the same shoes or pants but in a different color.

With so many people buying as many clothes as possible in every available color – we’re very guilty of this – it’d be nice to grab everything in a single go as opposed to looking crazy to Mabel as she watches us go in and out of the Able Sisters dressing room 10 different times. The Nook Shop could use some bulk purchasing options as well.

Similar to our fence issue, we’d love to be able to buy multiple customization kits or bags of roses by indicating the exact number that’s needed. Picture it… you step up to the cabinet, you select the red roses, and then you tell Timmy and Tommy you want 25. Tada, 25 are now in your inventory, and you’re done!

That’s how it should be in our opinion, but sadly this isn’t how the game works right now, so we’ll just keep spamming the “buy in bulk” button to add 5 red roses to our inventory 5 different times until we have the number we want. It’s a huge pain in the Nook.

Speaking of, it’d be nice if we could set up an additional Nook Stop in the Airport so we can buy a Nook Miles Ticket there rather than running from Town Hall over to the Airport. It’d also be nice for visitors to be able to use this Nook Stop as well to access their ABD.

Sometimes you forget to bring Bells with you to exchange for cool items your friend is selling off, and it sucks to have to fly back to your island and pick up more Bells then fly back. We can buy and sell items at our friend’s Nook Shop and Able Sisters shop, so why can’t we have our own Nook Stop to access at the Airport?

We’re going to start by saying the Watering Can shouldn’t break. It shouldn’t, it should absolutely not break. We’re just watering flowers, it’s not like we’re chopping down trees with it. At the very least, it’d make more sense if we ran out of water and had to refill it using a hose by our house, but let’s set that aside for now.

The durability of tools in Animal Crossing: New Horizons is by far one of the most frustrating aspects of the game. For example, you can be out in a field of flowers harvesting bugs and have your net break after catching an Orchid Mantis, scaring some of the other nearby insects away. Flick would be mortified.

True, you can prepare by having multiple tools on hand and crafted by your house, but it’s still an incredibly frustrating system to deal with. Not to mention the fact that gold tools can break. That’s right, gold tools can also break. It feels a little cruel to make gold so hard to find, only to have gold crafted tools break as well.

The system of flimsy tools all the way up to gold tools is cool, we don’t deny that, but the system could still use a few adjustments. Right? Are we alone on this one?

4) Easier/Nicer Way to Get Villagers to Leave

It feels wrong to try and get rid of a Villager in Animal Crossing: New Horizons, but if you’re set on doing it, it could stand to be a little easier. Right now, Animal Crossing players are smacking their unwanted Villagers with nets, trapping them inside their homes, ignoring them in favor of other Villagers, and it’s extremely cruel.

We don’t do this because we want to torment unwanted Villagers, but because the game makes it so hard to get rid of them, leaving you with no other choice. You either have to be mean enough to convince a Villager to leave, or deal with their presence on your island forever.

It’d be nice if there was a way to pay Bells to have them go on an “extended vacation” from your island. Or pay Bells to have them leave and set up an island of their very own. Think about it, you could visit Isabelle and tell her you don’t think a particular Villager is truly happy on your island. As a solution, you could pay them to leave in a way that benefits them and makes them happy.

The cost itself would still serve as a deterrent, but a better one than having to treat your unwanted Villager like trash and have them leave all sad and dejected.

Finally, this one is a little less likely to be accepted, but we feel like mentioning it all the same. It sucks to have to wait a full day to move a house a few inches off to the left if you discover it’s in the way of your new path.

It likewise sucks to only be able to do this one at a time. What if two homes need to be moved an equal distance off to the left? The only workaround available is the time travel mechanic which a number of Animal Crossing: New Horizons users have been actively employing.

To do this, you simply adjust the date on your Switch to the future, jump back into Animal Crossing and tada, the first house has been moved and you’re able to quickly move the second. If people have to use time travel just to get things done, maybe… just maybe… the system should be changed.

Sure, you could limit it to one bridge or incline built per day. You could also limit large constructions like home upgrades and new homes for future Villagers to one per day. But for the love of Isabelle, why can’t we tack on the movement of existing structures to the Island Designer app?

You can easily move items in your home by dragging and dropping them, so why not island structures, decorations, and features? If it’s already built, you should be allowed to scoot it over to the side if needed. That’s our opinion, and we’re sticking to it.

We’re curious to hear your thoughts on what you think should be updated in Animal Crossing: New Horizons. Do you agree with any of our suggestions? Do you disagree? Why, or why not? Let us know down in the comments below!