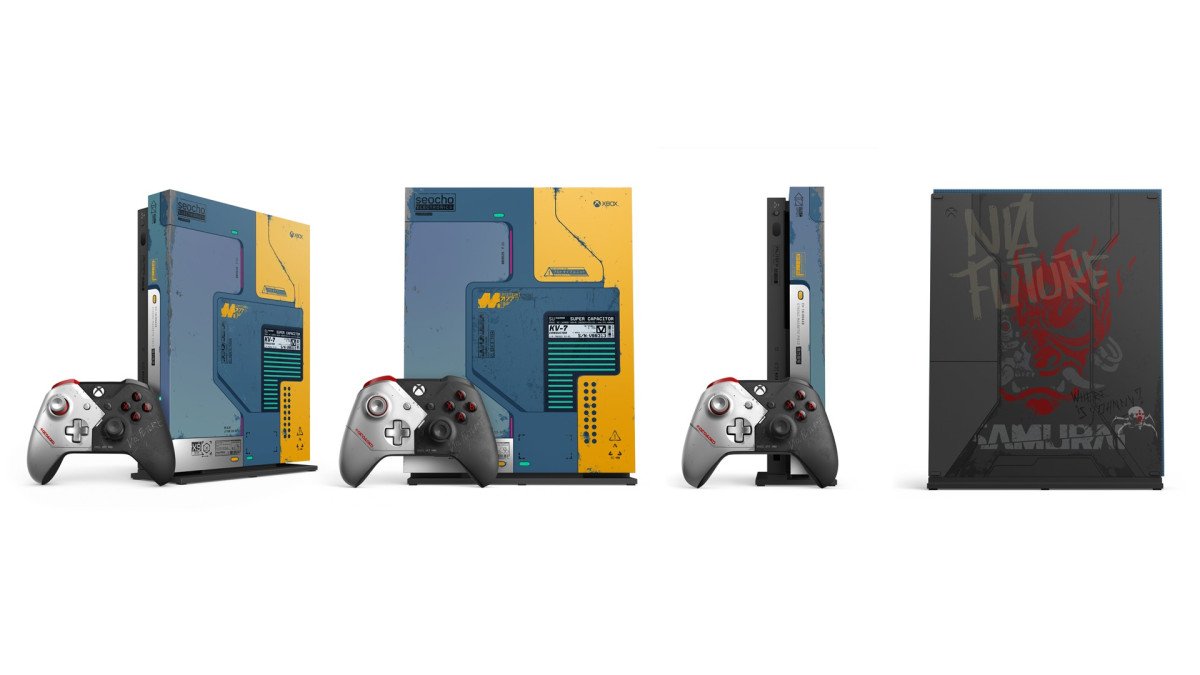 Find out how to unlock all Agents in Valorant, as well as a look at which ones you should get first.

A Cyberpunk 2077-themed Xbox One X console will be available to pre-order in extremely limited quantities this June, in preparation for the game eventually arriving.

A total of 45,000 Xbox One X Cyberpunk 2077 bundles will be available 'in select markets', and will come with a 1TB Xbox One X with custom exterior designs and the Cyberpunk 2077 limited edition Xbox Wireless Controller. The bundle will of course also net you a digital download of the game itself when it releases, and

Last week, Amazon Canada (again) let slip the existence of a Cyberpunk 2077 limited edition Xbox controller, and now it is revealed that this is just one part of a full console bundle themed around CD Projekt Red's highly anticipated future RPG.

As with the controller, the limited edition Cyberpunk 2077 Xbox One X console features custom panels referencing manufacturers from the game's world of Night City, including Arasaka Corp.

One of the console's custom panels features glow in the dark graffiti detailing, a laser-etched disk tray cover and chassis LEDs to give it all the neon-soaked futurist stylings you'd expect from a piece of memorabilia from a game with "cyberpunk" in the name.

The above teaser gives a date of June 2020 alongside the first images of the limited edition Cyberpunk 2077 Xbox One X console, however the game itself has been delayed until September 17. Amazon Canada listed the controller's release date as May 4, however the Cyberpunk 2077 Xbox wireless controller is available to buy right now for $74.99, ready for when CD Projekt Red finally gives the green light for our trip to Night City. You can also pick up a number of other Cyberpunk-themed accessories while we wait for the game to come out.

Will you be pre-ordering the Cyberpunk 2077 limited edition Xbox One X console when it is available this June? What are you keeping busy with until the game releases in September this year?