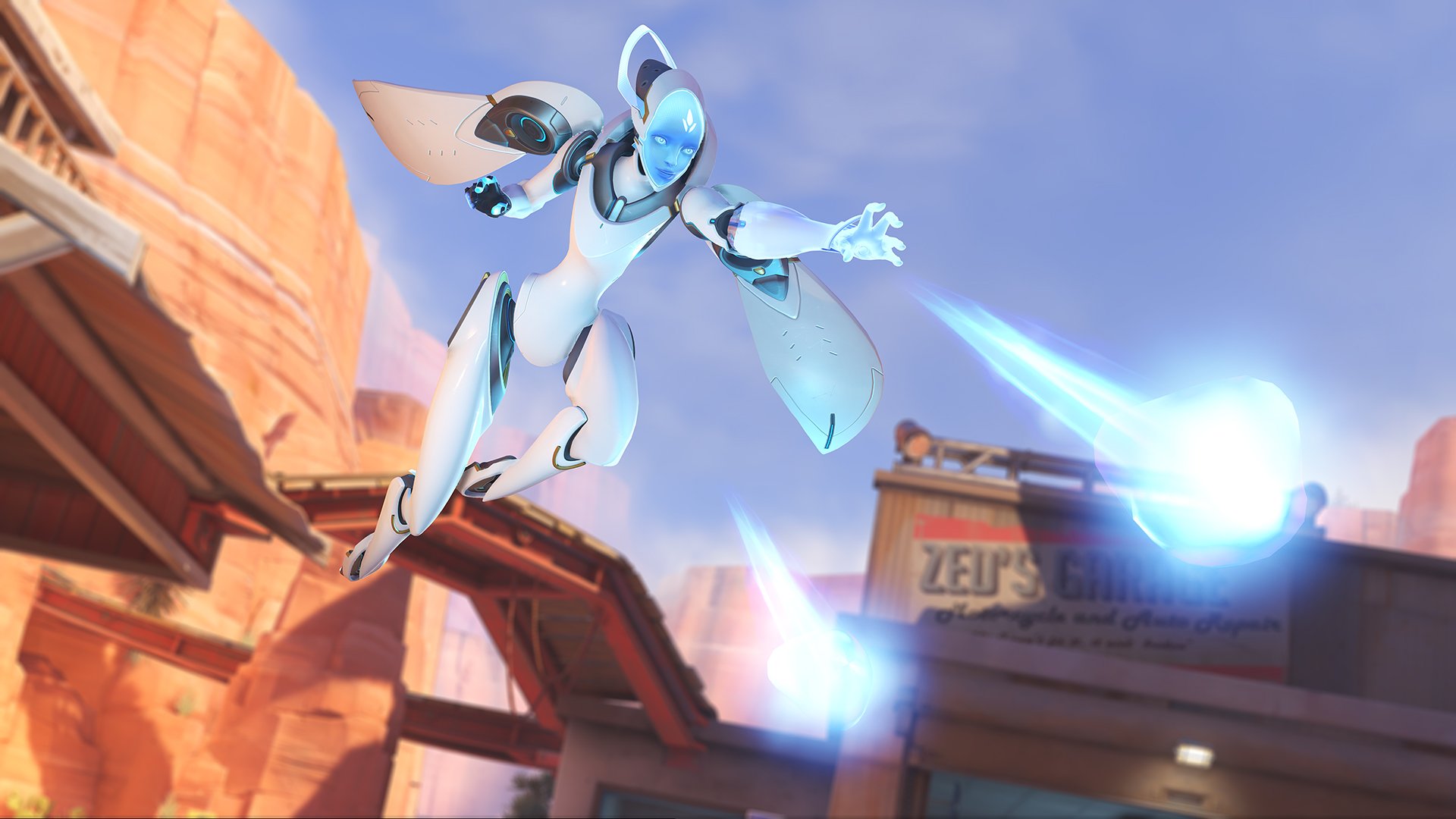 Try not to lose your marbles while listening.

On the official Overwatch Twitter account, a release date for Echo was revealed. Echo serves as the latest hero in Overwatch and was outlined back in March. Now, we finally know when we can see Echo in action, and it’s a lot sooner than you might think. Get ready!

According to Blizzard, Echo will be available in Overwatch starting on April 14 across all platforms. Echo is the latest Hero to be introduced to Overwatch, and quite likely the last as we edge closer to Overwatch 2. Echo comes equipped with some solid damage options, and an Ultimate that’s being touted as a “game-changer” and for good reason.

Echo’s Ultimate ability is called Duplicate. Using Duplicate, Echo can steal enemy Ultimates and use them however she pleases. Additionally, while using Duplicate, whatever Hero that Echo is duplicating will be able to charge up their Ultimate at a faster rate.

It’s a scary thought as it gives Echo players the ability to use Ults that work best for the situation at hand, and it sounds like it can turn the tables in clutch situations as it’ll be hard to predict what Ult an Echo player will decide to use and when. Further helping her damage output, Echo has Sticky Bombs, a Tri-Shot cannon, a Focusing Beam, and the ability to Glide when falling.

As for Echo’s backstory and place in the world of Overwatch, Echo is the product of Dr. Mina Liao, one of the founders of Overwatch and notable AI expert. Echo was created in an attempt to save humanity. Following Dr. Liao’s death, Echo stands as a shining testament to her work. With Echo’s overpowered abilities, it’s easy to see why.

We’re eager to give Echo a try once she becomes available in Overwatch on April 14. In the meantime, what do you think of Echo? Do you think her Ultimate is something that will need to be nerfed, or do you think it’ll have a positive effect on the meta as a whole? Comment below!