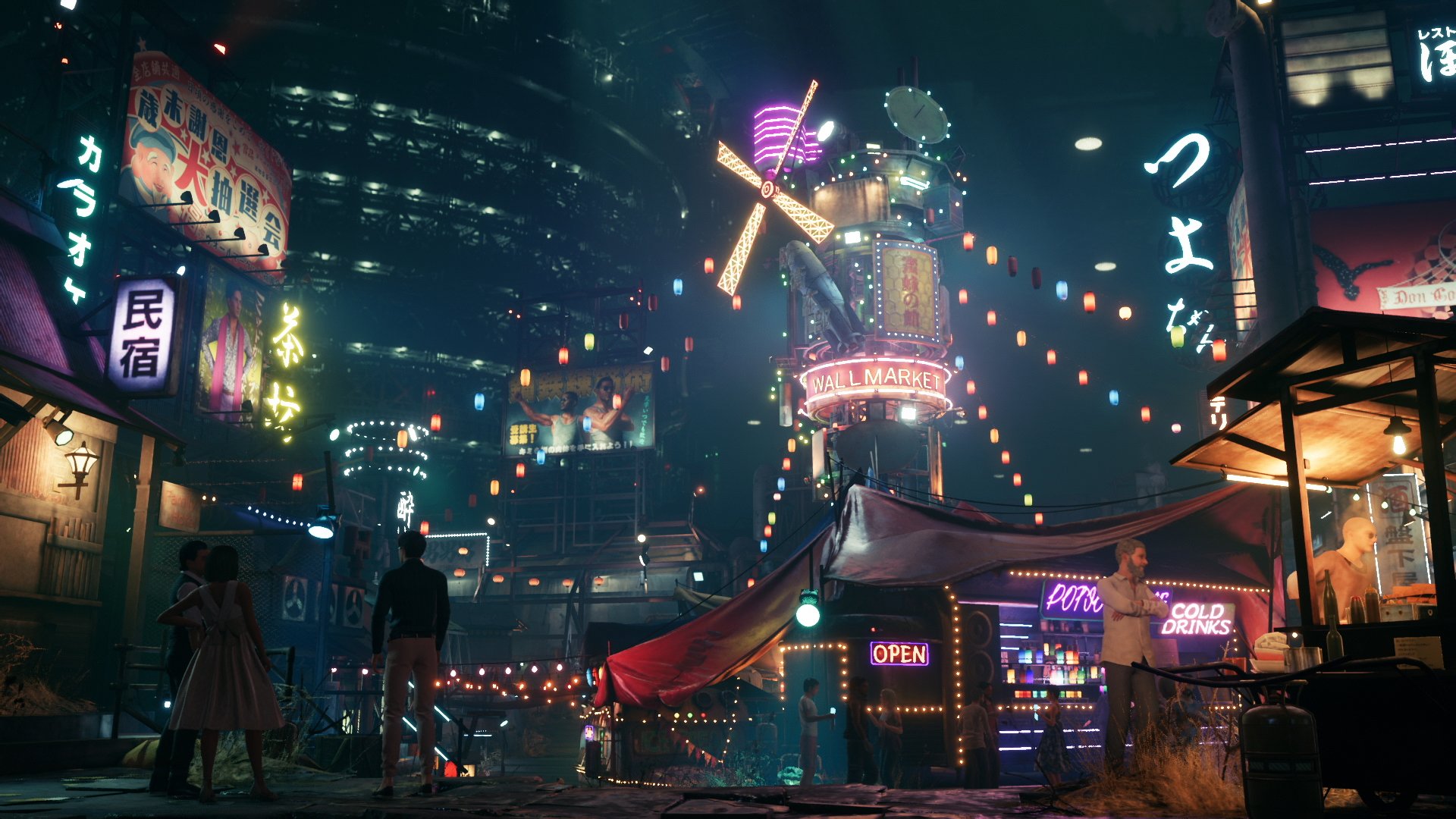 It’s another glorious/dismal [delete as appropriate] outside, and here you are stuck inside in your pyjamas. There’s no need for others to see it that way though. For many of us, video conferencing has now become a daily activity, whether for work-related reasons, or a chance to and socialize. Thanks to Zoom’s virtual background feature, you can transport your pyjama-clad self into your favorite gaming world, letting everyone else admire the majesty of your environment and, most important of all, hiding the incredibly messy state of your office. Here are our picks for the best video game virtual backgrounds for Zoom.

As if hearing our pleas for escapism, Square Enix has graces us with a huge wealth of high resolution images straight from the Final Fantasy 7 Remake. Whether you want to tower over Shinra’s factory, stand in a peaceful cathedral, or enjoy the neon lights of the city, the options are there for you. If you really want, you can even have Cloud line up a dart throw at your head, if that's your sort of thing. Click here for the full list of Zoom backgrounds.

If, like us, you spend almost every waking hour outside of work hunting down bugs and catching fish in Animal Crossing: New Horizons, why not let it truly take over your life by capturing your own Zoom background. Thanks to the game’s built in camera mode, it’s easy to grab yourself a stunning environment shot just by running your own character out of the scene. Play around the filters and find the cheerful Zoom background for you! Or you can just steal the lovely image we’ve captured above - be our guest!.

A Breath of the Wild landscape timelapse

Nintendo has made many a stunning game in their time, but we’d argue that The Legend of Zelda: Breath of the Wild is the cream of the crop. Watching the clouds roll over its grassy hills is almost achingly serene, so why not spend some time there yourself? Zoom will let you add videos for your virtual background, meaning you can download one of the many gorgeous timelapses available on youtube to serve as your calming backdrop. Just be prepared for people to stare wistfully at your screen without really taking in what you’re saying.

Rockstar created one hell of a stunning world in Red Dead Redemption 2. You're welcome to capture your own images from your time in game, but Rockstar also released a series of 4K images to coincide with the PC launch. Many of them are impressive environmmental shots that'd fit beauitfully behind your equally beautiful face. If you want to make things a touch fancier, professional photographers have been using their time indoors to hone their art in the virtual world. Take a look at the phenomenal work of people like Sean Tucker in this interview with Wired and you might find something you'd like to fill the space behind your head.

In an intense Zoom lesson or work call and struggling to answer a difficult question? We've got the solution: Whack an image of a challenging boss from Dark Souls, Sekiro or Bloodborne behind you. Any time someone asks a question you don't know, all you need to do is turn around and pretend to valiantly face your foe. After all, no one could possible expect you to have handed that report in already while also fighting Ornstein and Smough or the Gaping Dragon. As a more serious suggestion, Sekiro: Shadows Die Twice is filled with jawdroppingly gorgeous locations to frame your Zoom calls. Senpou Temple has got to be our favorite, but Fountainhead palace is another great shout.

For a more modern look, we also have some Street Fighter V backgrounds for you to rule the meeting!  #SFVCE pic.twitter.com/VObmf9s2vU

If you're looking to set a more combatative tone to your meetings, Capcom has got you covered. The official Street Fighter Twitter account shared a series of video game virtual backgrounds from Street Fighter 2 and 5, including Ryu and Dhalsim's classic arenas. Very handy for when you want everyone in the meeting to know just how competant your dragon punch is.

We'd somehow forgotten just how beautful Super Mario Odyssey was, but these official Zoom virtual backgrounds from the Japanese Odyssey Twitter account have brought all the memories flooding back. Stick them in your zoom meeting and you can broadcast live from New Donk City or the Sand Kingdom. A word to the wise though, choose New Donk and you may be asked to sing Jump Up, Superstar to everyone else on the call.

Today I made a Zoom background of myself accidentally walking in on myself in a Zoom meeting. pic.twitter.com/Rl2AsjfZ7V

Speaking of videos, if you want to add a bit of humor to your calls, follow the genius example of video producer and Twitter user Dan Crowed. By recording his office from the same position as usual, he cleverly made his virtual background a video of, well, himself, awkwardly bursting in through the door before making a panicked exit. It might not be video game related, but it certainly gave us a good chuckle.

If you’re after further inspiration, we recommend checking out the Other Places Twitter account and videos. It’s a series that was dedicated to celebrating some of the beautiful video game worlds we get to spend time in, and might spark some ideas for games you’d like to snatch a backdrop from.

Those are our picks for the best video game virtual backgrounds for Zoom, but if you have your own suggestions for virtual backdrops to liven up those Zoom calls, we're always keen to hear them! Let us know the game worlds you're escaping into by leaving a comment down below.