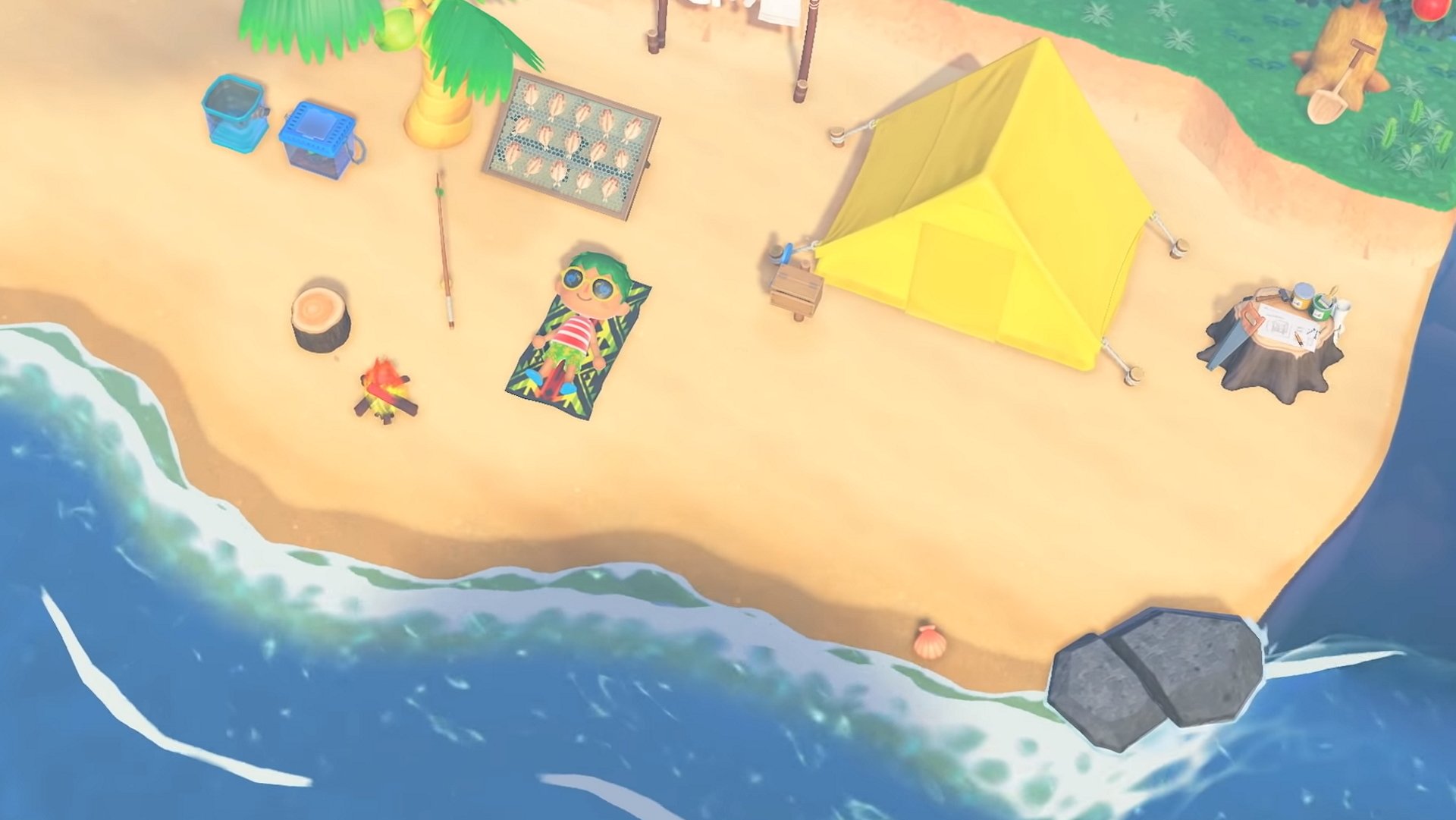 Sun, sea and self-isolation; they’re not a great mix, really. Depending on where you are in the world right now, the idea of heading out on a holiday ranges from impractical and ill-advised, to downright impossible. Staying cooped up inside all day can drain the spirits in the long run, so we’ve been thinking of way to take our video game escapism up a notch. So grab yourself a ticket and join us on a plane ride, because, we’ll gazing out of the window to look down at all the virtual spring break stops we could touch down at to escape from our current lives.

Need we really say more? Tom Nook’s getaway scheme might seem like a scam at first when you arrive on an empty, facility-free island, but after just half an hour of playtime, you’ll struggle to pull yourself away. New Horizons is a brilliantly chilled out affair, letting you while away the hours catching fish, collecting resources, and developing a lovely little island village for yourself and all your animal friends.

While many of us are stuck indoors, Animal Crossing: New Horizons has also proven to be a brilliant chance to hang out with friends, or even go on dates with a distant loved one. Spending time with friends, dressing up in silly outfits, and catching some sun on the beach. What more could you want from spring break?

If you’re lucky enough to own a VR headset, then you’re already afforded more escapism than most of us, though that freedom does come with an increased chance of motion sickness too. And what’s spring break for if not escaping from university stresses and chucking up your insides after consuming a questionably number of drinks. Grab yourself a copy of Vacation Simulator and you’ll be halfway there!

The followup to Job Simulator, this time around we’re heading to our robot overlords’ ideas of holiday, enjoying activities like white water rafting, sandcastle building and more. It’s short, silly fun that’s bound to raise a giggle or two. Oh, and it shouldn’t really need to be said, but we don’t recommend consuming alcohol while using a VR headset.

The Dead or Alive series has never been very subtle with its characters and outfit choices, and the spin-off Xtreme games pretty much marked the point at which the series gave up on being anything other than a cute-ladies-in-bikinis simulator. Still, there’s sun, sports and a lot of cheerful attitudes on offer here, and we’re not going to judge how people choose to keep themselves happy during tough times.

Xtreme 3 only received an Asian release on PS4 and Nintendo Switch, so Western fans will have to be content to pick up core series addition Dead or Alive 6. It still features plenty of sunshine, but pairs it with punching faces instead of volleyballs. Thanks to backwards compatibility, Xbox One owners also have the option of returning to the 360 release of Xtreme 2 as well.

Consuming ludicrous quantities of food is an often overlooked feature of any spring break, but this year let’s switch things up by becoming the chefs instead. Overcooked 2’s Surf ‘n’ Turf DLC takes the frantic kitchen co-op title to seaside, asking us to mix smoothies, grill burgers and try to resist wasting the entire level firing water pistols at one another.

It features 12 extra story levels, and when you’ve wrapped those up, there are also a bunch of seasonal levels that Ghost Town Games has thrown into the mix for free as well. Overcooked 2 was already one of our favorite co-op titles, and when the Surf ‘n’ Turf DLC puts Kevin the dog in sunglasses, we can’t really say no.

Whether your idea of an ideal break is a relaxed tour of a bizarre museum, a race through a futuristic city, or just a delicious fried breakfast, Dreams has it all. The tools Media Molecule has put together have allowed players to conjure up all manner of genres, experiences and games, opening them up for other players to dive into.

Its main story might have been short, but that hardly matters when you’ve got the collective conscious and talent of your playerbase to generate content. Dreams is simultaneously like every other game out there, and none of them. Don’t just escape once this spring break, take a trip through a thousand dreams instead.

So there you have it! Our picks for the best virtual spring breaks to provide you with a video game escape in the coming months. Got your own summery title to enjoy? Share it with us and everyone else in the comments below!