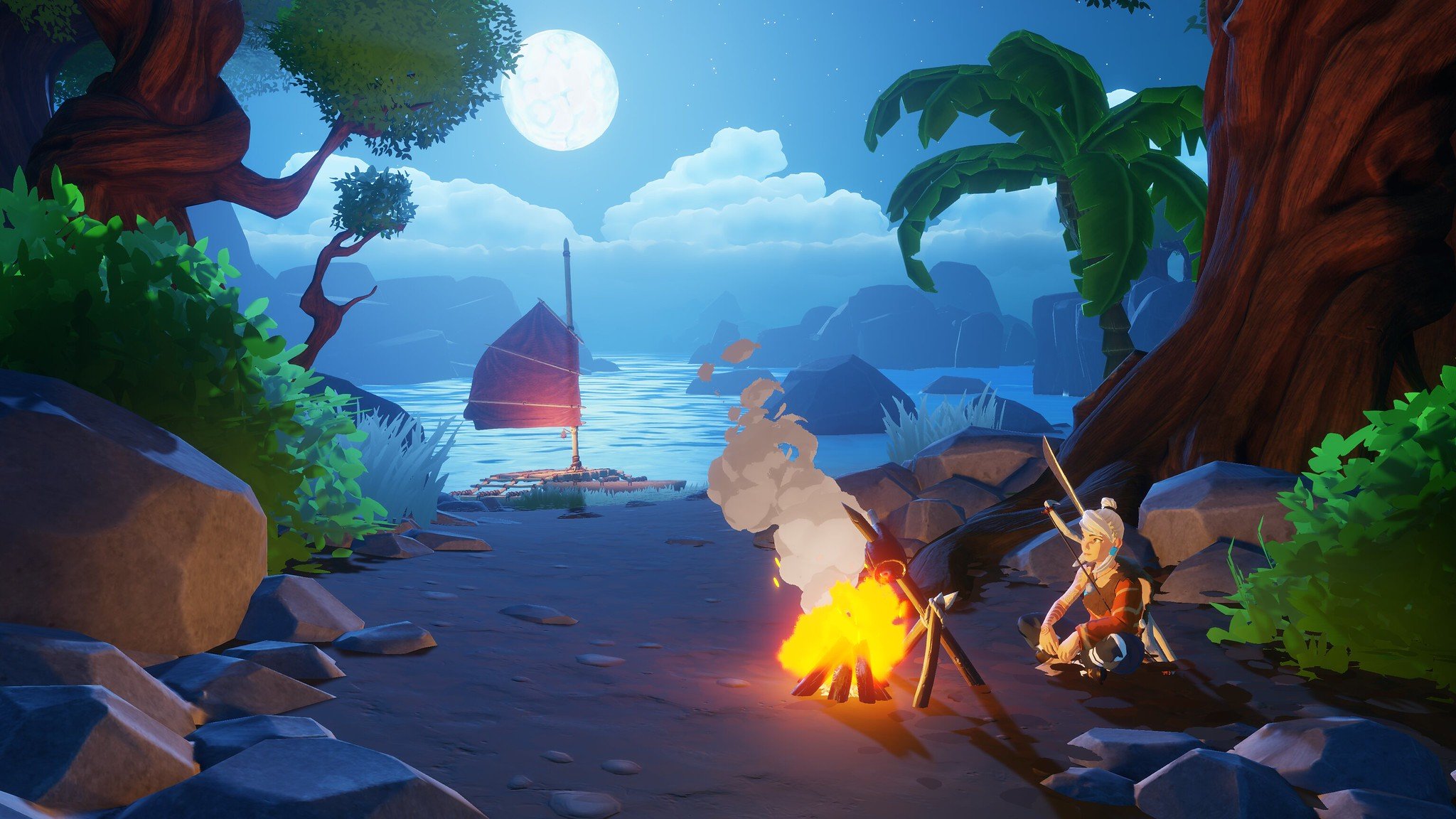 Sony have revealed five more indies coming to PlayStation 4 over the next few months, ranging from strategy to shooting to...a roguelike about exploring the ruins of failed tech startups?

The five titles have release dates over the next few months, and also include John Wix Hex, which was previously exclusive to PC and Mac on its release in October last year.

Right, without further ado let's take a look at those five indies coming to PS4 over the year, shall we?

Sailing away to strange shores seems to be all the rage at the moment, with Animal Crossing's recent arrival and Sea of Thieves popping back up for a second bite of the apple on Steam. But Windbound takes a more story-focused approach as you play Kara, who has been separated from the rest of her fleet by a fierce (and mysterious) storm. Sail between islands to discover the root of that mystery and hopefully find your way back to your pals, once Windbound releases on PS4 on August 28. A perfect summer getaway.

This is a weird zero-gravity FPS where it looks like CoD but everyone's on a spacewalk outside the ISS. It's being made by Surgical Scalpels Studio, a Chinese developer supported as part of Sony's China Hero Project revealed at last year's ChinaJoy convention. We get heavy vibes of the Sandra Bullock film Gravity when looking at gameplay of this one, let's hope it's not quite as motion-sickening as tumbling around in space trying to fire an SMG would actually be. Boundary slated to release on PS4 and PC sometime later in 2020, so expect it after the summer at the very least.

Explore the ruins of failed tech startups in Going Under, a vibrant new roguelike coming to PS4 in September: https://t.co/gf5o2BDs1Z pic.twitter.com/OavKnJpkyI

This is a brilliantly colorful roguelike which tasks you with an internship unlike any other. Well, it might feel like a lot of other internships (deadly risks, meagre rewards, small talk with characters you've only just met and have no real interest in getting to know you) but it's more of a battle through the ruins of failed tech startups. Very relevant and current. It's being published by Team 17 and developed by Aggro Crab Games, and will be out on PS4 in September.

The prequel to all the murdering Keanu Reeves gets up to in the hit action film trilogy. Officially licensed and developed by Mike Bithell (of Thomas Was Alone fame) and his motley crew. Already out on PC and Mac since October of last year but you can get John Wick Hex on PS4 from May 5.

Robot buddies working together to travel across an Earth untouched by the meddling hands of humans in an alternate dimension. But then where did all those wooden bridges come from? Try not to think about it too much, it will distract you from the puzzles you're supposed to be completing with your co-op partner. There are also solo missions and, if you're up for even more of a challenge to your friendship with another human, devilishly tricky pro missions. Inspired by the same sort of madcap physics antics as Human Fall Flat, Biped will arrive to test your relationships on April 8 on PS4.