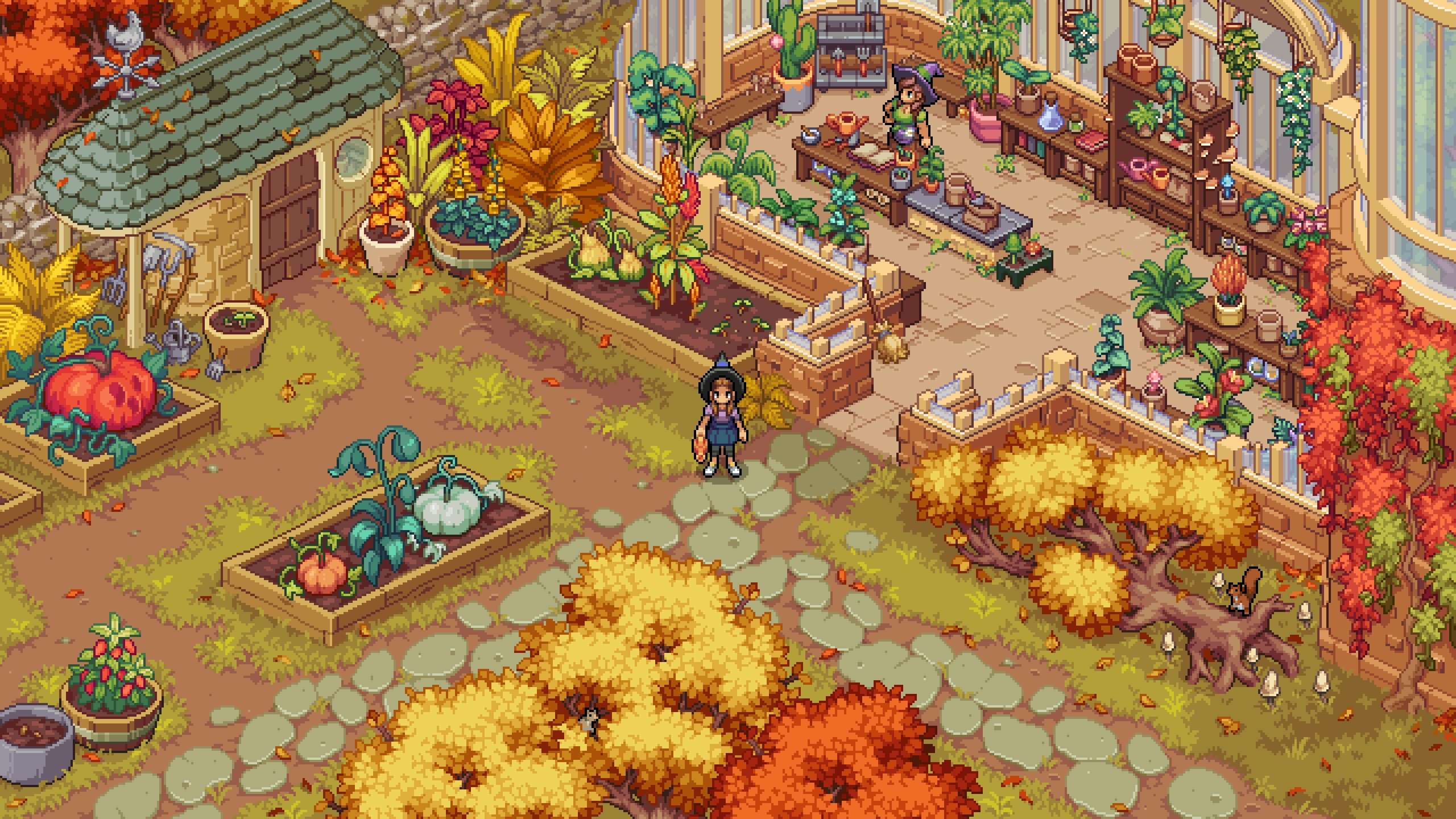 Witchbrook has a new style in fresh screenshots

Witchbrook, the magic school simulator from Wargroove developers Chucklefish, has a fresh new look in screenshots released today as well as an updated web page.

The UK studio, also known for developing Starbound and publishing ConcernedApe's magnum opus Stardew Valley, have been working on the game for many years but have now revealed a new art style.

Compared to older screenshots of Witchbrook when it was first announced, the game now has an isometric viewpoint and has leaned a little more heavily into its pixel art style, similar to Wargroove's retro-inspired visuals.

You can see a couple of comparisons of areas in the old and new style in the slideshow above. We think the new look is warmer and more charming, which is a perfect fit for the type of game Witchbrook intends to be.

Though not developed by ConcernedApe (Chucklefish are only the publishers of his hit farming sim) there is some overlap in gameplay elements with Stardew Valley. The game features daily schedules and structures to your time at witch school and even the ability to grow crops – although now you're using magic. If we had to boil it down to an elevator pitch in a one-storey building, it would be be Harry Potter Stardew Valley and that sounds just great to us.

Now that we've seen a nice new look for Witchbrook, we're excited to learn more about when it's released, hopefully sooner rather than later though, as an indie studio, Chucklefish pride themselves on a 'no-crunch' production culture. We'll take it whenever we can get it.