Nintendo are celebrating the 35th Anniversary of Super Mario Bros. with remasters of many Mario games. 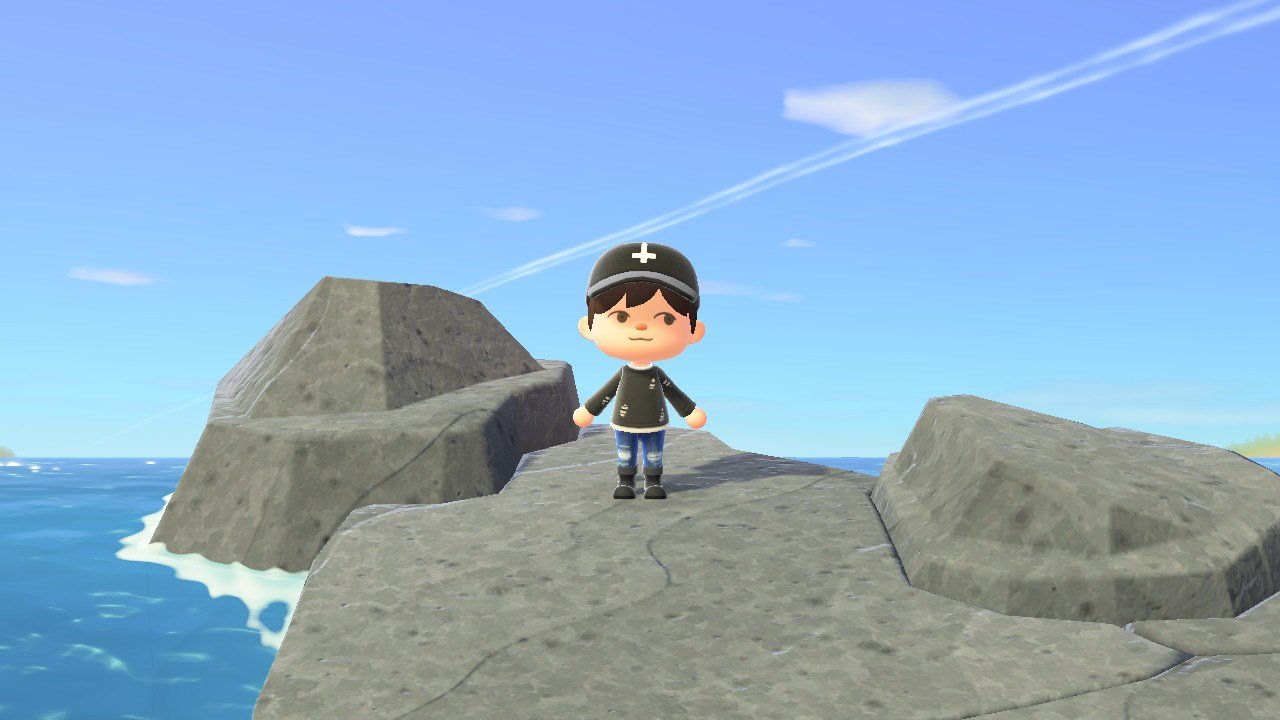 The best gaming Tiktoks in March 2020

These gaming Tiktoks will make you laugh 'til you drop!

Once you’ve redeemed your Nook Miles, take your Nook Miles Ticket down to the Airport and ask to use it. In using it, you’ll be taken to a random island. You never know what island you’re going to land on, but there are a few specific island types that can crop up. Below, we’ve listed all of the mystery island types in Animal Crossing: New Horizons.

You can also dig up a Fossil and earn an item by shaking the trees. Be sure to pick all the weeds before you shake the trees to ensure nothing gets lost. With the rocks, you can mine for useful resources like iron. If needed, you’ll find a crafting station near the airplane which you can use if your tools break. You can also purchase tools from Wilbur in exchange for Nook Miles.

Any normal island can be turned into a “tarantula island” by following a few basic steps which we’ve outlined in a previous guide.

Only trees on this island are hardwood trees but is otherwise a standard island type. Great for farming softwood, hardwood, and wood for crafting.

As the name suggests, the bamboo island type is full of bamboo trees. It’s strongly recommended that you dig these trees up, take them back to your island, and plant them in order to have bamboo as an accessible resource. You’ll also find similar resources to the normal island type here including rocks to mine for iron, flowers, bugs, and so on.

As noted by dataminers, there are two variants of scorpion island. One has a wealth of bamboo trees, while the other has an "A" shape water pattern at the center along with rocks that can be mined for resources like iron and gold. Keep in mind that, like tarantulas, scorpions can be sold for 8,000 Bells a piece so be sure to take your time and catch as many as you can.

Similar to the “normal island” type, you’ll sometimes land on a fruit island. It’s referred to as a fruit island by Animal Crossing players because unlike the normal island type, fruit islands contain fruit that you don’t have. For example, if cherries are your native fruit, you may be able to find peaches or pears on this island.

It’s strongly recommended that you dig up these trees and take them back with you to plant on your island as they’ll continue to produce non-native fruit. Like the normal island type, you can find native bugs and fish and flowers, along with a Fossil, random item, and resources like iron should you need them.

This island type is infamous as a way to farm Bells. The reason for this is because tarantulas spawn constantly on this island as long as you travel at night (their normal spawn time). On the island, there’s a smaller island in the center and it’s here that you’ll want to be in order to catch tarantulas.

We’ve got a few pointers in our tarantula island guide when it comes to making the process as easy as possible.

Tarantulas sell for 8,000 Bells each so you’ll want to take the time to catch as many as possible before returning to your island. If the Nook’s Cranny shop is closed, you can store the tarantulas in containers by your house by selecting them in your inventory and picking the “place item” option. In the morning, collect the containers, sell the spiders, and profit!

Similar to the tarantula island, there are fish island types. For example, one is a "fin" island that spawns rare fish like sharks more frequently. It also boasts a center island shaped like a dorsal fin. Additionally, there are two other "fish island" types that focus on big fish like the Olive Flounder or the Oarfish.

If you're hunting for a fish island, be sure to bring enough fishing rods and fish bait with you just in case you get lucky enough to land on one. You aren't going to want to miss the opportunity to bring home an inventory full of Oarfish, or your very own Great White Shark if you land on "fin" island!

In Animal Crossing: New Horizons, there are two mystery islands where you can farm Bells. What this means is that the rocks on these island types can be mined for Bells rather than rocks, clay, and iron.

You’ll know you’ve landed on bell rock island when you see no center island and a bunch of hardwood trees (plus rocks to mine) or a smaller island in the center with rocks laid out in a circle.

To reach these rocks on this island, you’ll need to smash the rock that blocks the path then vault your way over. Once on the mini island, you’ll want to use the hole trick to get the max eight hits per rock as outlined in our previous guide.

Again, this island is like your normal island type with the exception of the flowers and butterflies that linger among them. On this island, you’ll find unique, hybrid flowers that you can’t get on your own island. The same goes for butterflies, with rarer butterflies fluttering by (all those Animal Crossing puns).

We strongly recommend digging up these flowers and taking them back with you to plant on your own island. If you see any valuable butterflies like the blue Emperor Butterfly, be sure to grab them as they’re worth 4,000 Bells each.

This island is similar to the normal island type with all of your native resources on it from bugs to fruit. However, fishing on trash island is an interesting experience as you won’t get fish so much as you’ll get trash. Lots and lots of trash. For crafting, it can be useful to farm a bunch of tires and boots, but overall, this one has to be our least favorite mystery island.

In addition to the mystery islands listed above, there are a few other noteworthy islands that are pretty much your standard island but with some unique layouts.

The most common mystery island spawn is the normal island, or normal island variants like spiral island. As previously stated, you can turn normal islands into tarantula islands if you want to farm them for additional profit as long as you visit them at night, which we recommend in order to make the most out of your Nook Miles Ticket (priced at 2,000 Nook Miles per ticket).