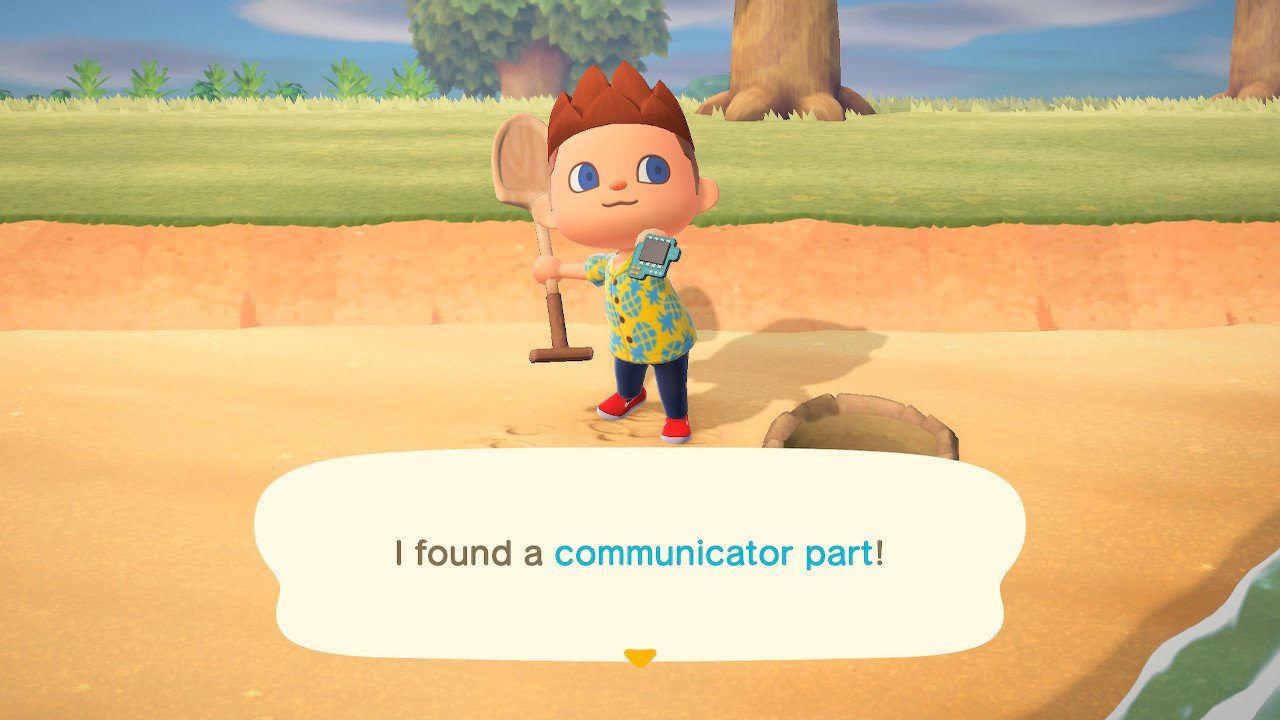 How to catch Surgeonfish in Animal Crossing: New Horizons

Learn when and where you can catch Surgeonfish in Animal Crossing: New Horizons.

He’s in need of a hero! He’s in need of a kind-hearted soul at night (and day)! Yes, it’s Gulliver, and he’s once again stuck on your island, presumably having fallen off his boat for the 50th time while tipsy. To get going again he’ll need you to find five Communicator Parts so he can contact his friends. Thankfully, he’s rarely left them very far away.

Each time Gulliver’s sorry shape washes up on your shore, you’ll need to help him get back in contact with his crewmates. You can do this by helping to find Gulliver’s Communicator Parts in Animal Crossing: New Horizons. Wake him up and he’ll tell you that he’s dropped a bunch of parts, but that they won’t have gone very far. Thankfully, isn’t not hard to round them all up.

To find Gulliver’s Communicator Parts in Animal Crossing: New Horizons, you need to dig in the small holes that appear on your beaches. Move around on the beach and you’ll see them spout out a small amount of water/sand before fading away. If you’ve crafted fish bait before, you’ll recognise them as the same ones which hide Manila Clams. Check the image below to see what they look like.

Rather than digging up some delicious fish food, if you’ve spoken to Gulliver then you’ll find one of his Communicator Parts each time you dig these spots. They can appear on beaches across the island, but you shouldn’t really need to move far from Gulliver to get them all. Collect five, the return to him to complete the task.

Don’t forget that finding and returning Gulliver’s Communicator Parts will net you a present from him the next day, as well as a rare and valuable Rusted Part that you won’t want to miss.