Change your NookPhone from stock to stunning by following a few simple steps in Animal Crossing: New Horizons. 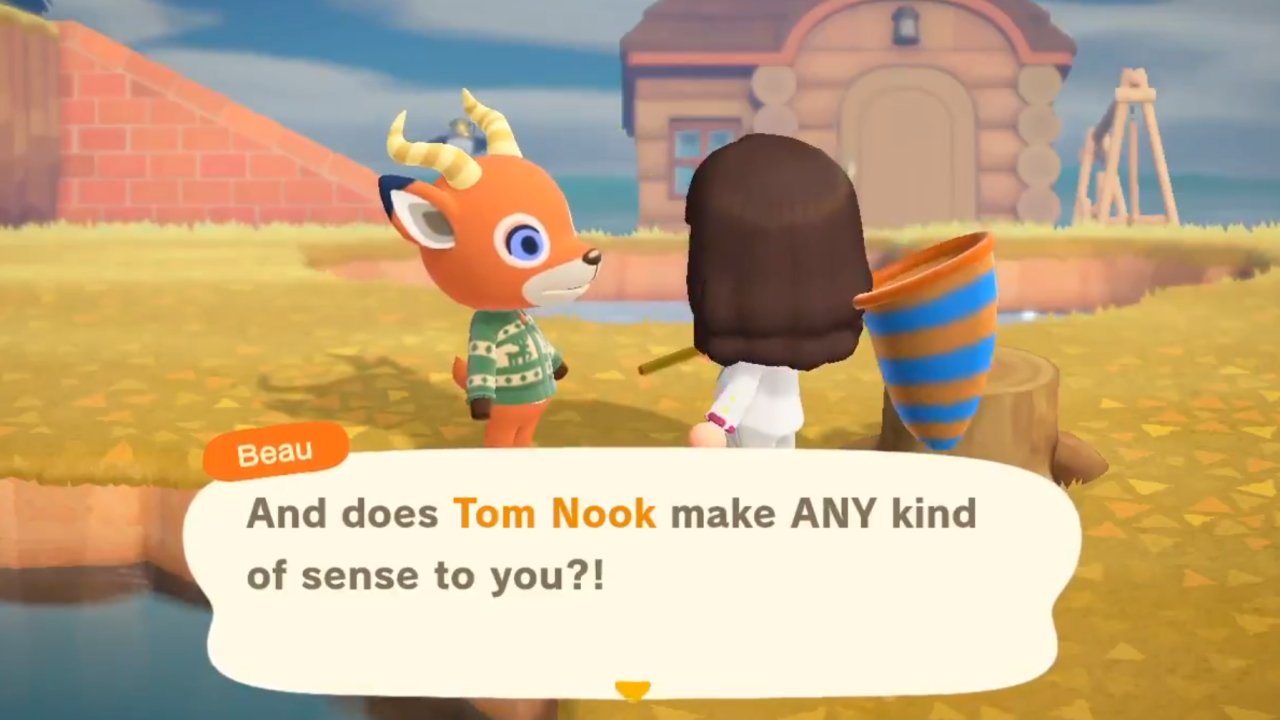 Animal Crossing: New Horizons' villagers are having an existential crisis

In these stressful times, Animal Crossing: New Horizons is supposed to be an escape, our own happy little island to explore, expand and generally help us forget about life’s worries.

So why, then, are the villagers on our islands attempting to break the fourth wall? Twitter user Georgia recently shared a disturbing scene (warning, explicit language) when stopping by to chat with unassuming villager Beau.

Rather than offering up a nice present, an emote, or a funny little quip that’d brighten our day, Beau decided instead that now was the time to question their own existence.

A rumor? On this island? Surely this is a clue to discover a hidden treasure or an unnatural creature!

“Some folks? They’re saying none of this is real. None of it.”

“They say the island is just a game. And everything we say? Or do? It’s just to amuse someone else! And… I dunno. I kinda maybe believe it? SO many things would make more sense, ya know?”

Beau then goes on to question the speed at which food grows, the wood that trees produce, and even Tom Nook’s whole, bizarre setup. They know, people. They know. Of course, Beau concludes by laughing the whole thing off as a joke. Haha, real funny, right? They’re saying it, but the smile doesn’t reach their eyes. A goat in a sweater shouldn't be saying these things.

Please, never mention this again Beau, let us drift back into my blissful escape, eternally harvesting bells and fruit without a care in the world. It’s all we ask. And don’t you dare tell the other Residents.

For more Animal Crossing: New Horizons content, head on over to our game hub by clicking here.