Helpful Animal Crossing: New Horizons tips you might not know about

Animal Crossing: New Horizons tips and tricks to get your island life off right. 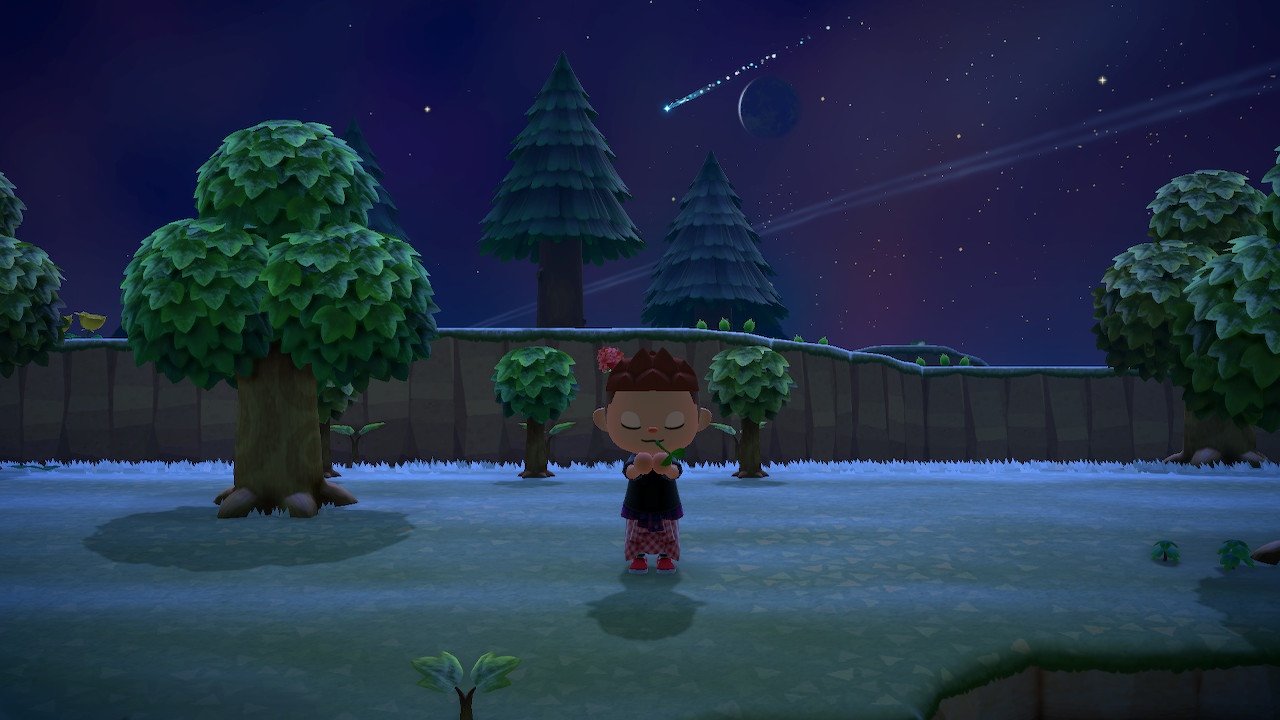 #GamersVsCOVID19 and the battle to fight misinformation

In this time of crisis a band of gamers has helped start a movement to get gamers on-side in the fight against coronavirus.

How to wish on Shooting Stars in Animal Crossing: New Horizons

Animal Crossing: New Horizons’ shooting stars are visible in the night sky when a meteor shower passes over your village. Tom Nook and Isabelle will let you know when they’ll occur after you upgrade Residents Services. If one is occurring, you can have your villager wish upon a star by looking up to the sky. To do this, make sure you’re not holding any tools, then use the right analogue stick to angle the camera so that you’re looking up at the sky. Try to keep the view clear of any trees and buildings so you can see the sky.

If you stand still and keep the camera looking up, you’ll soon see a shooting star fly overhead. Press the A button as this happens and your resident will make a wish upon the shooting star. You can tell if the command worked because the shooting star will get bigger and glow brighter. You should have plenty of opportunities during a meteor shower, so feel free to stick with it out below the night sky to make many different wishes. As a reward for your efforts, you’ll be able to claim star fragments the next day.

How to get star fragments in Animal Crossing: New Horizons

If you took the time to wish upon a star during a meteor shower, you’ll be able to get star fragments in Animal Crossing: New Horizons. All you need to do is check the beaches of your island the following day. Star fragments will have fallen in various places across the beaches, so make sure you scour them all. We’re not sure, but we think it’s tied to the number of wishes you make, so wish as often as possible during that shower!

Remember, the star fragments only appear the day after you make the wishes, so don’t go racing around your island wondering why they haven’t arrived immediately.

How to get the Magic Wand in Animal Crossing: New Horizons

So what are all those star fragments for? Adding a little bit of magic to your life of course! In order to make use of them, you’ll need to speak to Celeste — an owl resident and the sister of Blathers — who’ll arrive on your island one evening. Speak to her and she’ll give you the recipe for the Magic Wand. To craft it, you’ll need to collect three star fragments and one large star fragment, so get to wishing!

The Magic Wand will let you swap between eight different outfit presets, so you can always keep up with the latest fashion.

More AC: NH guides to help you out: