How to get more Iron from Rocks in Animal Crossing: New Horizons

Increase the amount of Iron you harvest from Rocks by performing this simple trick in Animal Crossing: New Horizons! 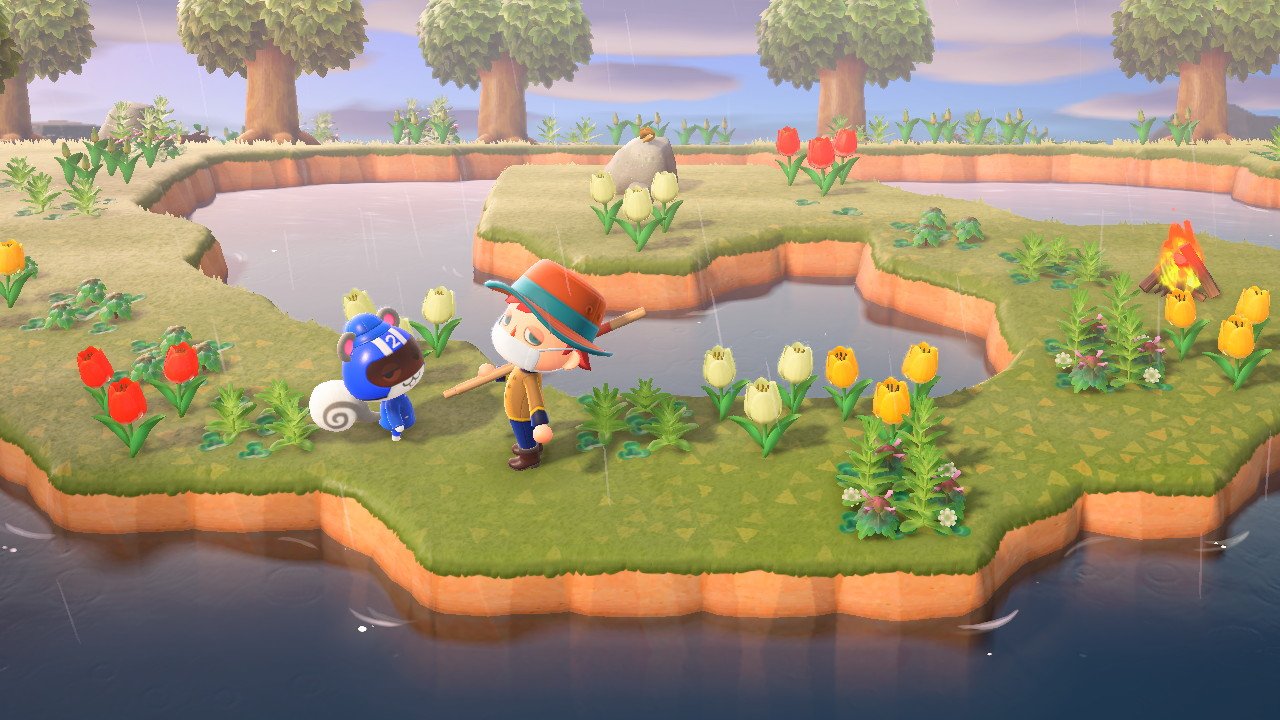 Helpful Animal Crossing: New Horizons tips you might not know about

With our shooting stars guide for Animal Crossing: New Horizons you can learn how to wish upon a star, get star fragments and create the Magic Wand.

Animal Crossing: New Horizons is a brilliant little game to take your time with and just relax. With its real-time milestones and hidden details in every crevice, it's the perfect world to get lost in for hours, days – and for many of us, mercifully – weeks at a time. But if you're looking to squeeze out every bit of efficiency in your quest to build an island utopia, there are a few tips to help get the most out of your island.

Nintendo are masters of cute details, but not so great at communicating them to their players, so here you'll find some helpful tips and secret tricks that you might not know of to make your island getaway a little bit easier.

Animal Crossing: New Horizons tips and tricks you might not know

Tap A to craft faster at workbenches. Impatience bears rewards!

Found a glowing spot on your island? Dig it up and find money! But WAIT, there's more! Repay that kindness by burying some bells of your own and you'll be rewarded with a money tree. Find out more about growing your own money tree here.

Found a tree with fruit different from your own island's? Eat a piece of fruit and it will power you up, strong enough to dig up that entire tree and take it home with you! After you get back to your island, dig a hole and then select the tree in your inventory with the shovel still out to replant it.

It's a good idea to bring non-native fruit back to your island (despite what customs might say) because they sell for more at the shop than your native fruit does.

Oh, and before you shake a tree to get fruit down make sure there are no weeds to the bottom, left and right tiles because fruit will get lost in the weeds and disappear!

Careful with being powered up by fruit though, if you hit a tree with an axe while powered up you'll chop it down, and if you hit a rock with a shovel you'll destroy it! You can get rid of your superhuman strength by, ahem, going to the toilet. This is actually true and real, we promise.

Worried about the buff effects of eating fruit in #AnimalCrossing: New Horizons? Not a problem! If you own a toilet, you can simply just sit & enjoy your poop time.

All the energy will be discharged after you finish. No toilet paper needed...

If you've dug up some manila clams on the beach, use them to make Fish Bait. You can then chuck that bait off the end of the pier on your island to draw up some real BIG fish from the deep, if you're lucky! Check out our Animal Crossing: New Horizons fish list for more about these monsters.

Speaking of monsters, don't be caught out by surprise wasps. If you're shaking down trees for fruit or branches, keep your net out. Wasps can be caught, or evaded by running into someone's house.

And speaking of more monsters, tarantulas can also be caught and will fetch a very nice price. If you head to a Mystery Island at night, there's a chance it'll already be full of the arachnid menaces. If not, you can make spiders spawn by deforesting the entire island, if you really want. Once you have a steady stream of angry spiders, dig a trench of holes like the below tweet shows. The game has a maximum limit of one Tarantula attacking the player at any time, and as long as one is penned in the others can be easily sweeped up for massive profit. That's some fancy Tarantula farming technique.

Another piece of smart tech is the way to more than double the number of items you can farm from hitting rocks. Just place two holes either side of the diagonal space around the rock and jump over them towards the rock. Now when you hit the rock you can't be pushed backwards, allowing you to knock a full eight pieces of loot out of each rock! For more detail check out how to get more iron nuggets from rocks.

One last bit of harvesting tech is to leave the wood lying on the ground at the base of your trees until you've finished hitting every single one on your island. That way you know which ones are still to give out.

On to decorating, if you drop bugs or fish or picked flowers then they'll be in nice display cases/tanks/vases for you to admire in your home. If you interact with display cases and tanks by pressing A you'll turn on or off a display light. They make for nice nightlights in your home. Especially the Football Fish, interacting with its tank turns on or off its own dangling headlamp instead.

If you're planting flower beds and want to maximize coverage with fewer seeds, plant flowers in a checkerboard pattern and they'll grow into the gaps. Do not run through flowers, you will destroy them.

Planting certain flowers in a checkerboard pattern can also help you create hybrid flowers through cross-pollination. Read our full guide for more information by clicking here!

If you're terrorising poor Blathers by giving him every single bug that you find, you can check whether or not you haven't given one to him yet in the Critterpedia. Just hover over the fish or bug and you'll see a small owl icon next to their name if you've donated it already.

Speaking of bugs, if you hear a loud cricket while wandering around, move about until you find the spot it's loudest and dig! That's a Mole Cricket!

And when you are using the net, if you hold down A you will pull the net back and tip-toe sneak up to your prey before releasing A to drop the net. Easy sneaks.

Those are all the best Animal Crossing: New Horizons tips and tricks you might not know. Have one of your own? Let us know in the comments, and share the wisdom!