Learning how to chop down trees in Animal Crossing: New Horizons got you stumped? Check this out. 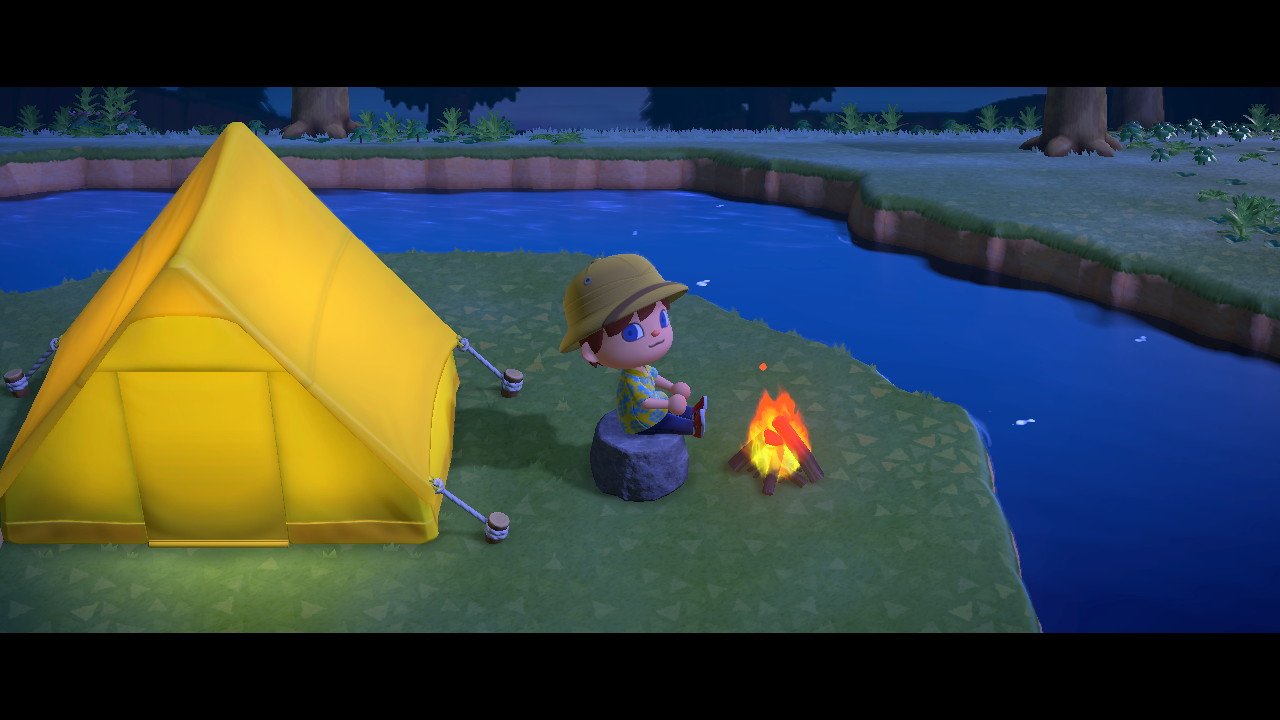 Learn how to get a ladder in Animal Crossing: New Horizons so you can take your island to new heights!

Now there’s a small chance that you’ll encounter a Tarantula Island when setting off on any nighttime (7pm - 3pm) Mystery Island Tour, but it’s very unlikely. These islands have few/no inhabitants, minimal flora, and are absolutely smothered in tarantulas. For the wrong person? Horrific. For the net-wielder? A chance for a lot of cash, as tarantulas are worth an awful lot of money (8k bells each!). Users who’ve visited Tarantula island have brought in a haul worth over 200,000 bells in a single run.

I passed out so many times from bites that my heart only pumps venom now. I am more tarantula than man.

I came to the island looking for iron nuggets - I left having utterly shattered Animal Crossing's economy on my very first day. pic.twitter.com/A1gqpDHtIw

Tarantula island can be reached during November - April whenever you take a Mystery Island Tour at night (7pm - 3am). You’ll know you’re in the right place when tarantulas infinitely spawn on the island as you run around and catch them. There can usually be up to 5 at a time, and many won't attack you if you don't pull out your net. Don’t worry if you get bitten, you’ll just be returned to the plane runway, so take your time, conquer your fear and catch as many tarantula as you can.

How to make Tarantula Island in Animal Crossing: New Horizons

Some users are even reporting that you can turn other island tours into Tarantula Islands by chopping down and de-trunking trees, and picking all the flowers on the island. Doing so will reduce the chance for other bugs to spawn, so if you know tarantulas can spawn on the island, taking a good axe and shovel before you get to work is a smart idea.

You can make ANY island spider island if you do the following:
- chop all trees and remove stumps
- pick all flowers (pick, not uproot)
- remove all rocks
- night time only (past 7 worked for me)
- dump resources on beach
- clear island of all bugs

If you want to give this a go, take in some powerful tools (and Axe and Shovel are essential) and spend time cutting down all the trees, removing all the stumps, all the rocks and all the flowers. Essentially you need to deforest the entire island. Then you should set up a series of holes you can hide behind to protect yourself from the tarantula assault. All you need to do then is run around the island repeatedly to give them time to spawn. Just make sure you’re well stocked in nets and know how to catch these dangerous beasts.

Don't skip out on Tarantula Island, ya'll! Got to pay off my house on my 3rd calendar day of playing w/o time travel. ANIMAL CROSSING GOT ME GRINDIN'~

How to catch Tarantulas in Animal Crossing: New Horizons

Appearing in the hours of 7pm - 3am between November and April, Tarantulas are one of the most aggressive bugs in Animal Crossing: New Horizons. Thankfully, they also do you the decency of letting you know when they’re going to attack. If you’re smart about how you approach, it’s possible to catch a tarantula every time. The trick is to watch for when it rears up on its legs. With your net out, hold A to walk slowly and approach the tarantula. As soon as you see it rear back on its hind legs, stop moving. The tarantula will wait a short while, then lower back down. Use this time to move closer again, stopping each time it raises up. Once you’re close enough, swing away.

Of course, you can also attempt to swing and catch that spider as it chases you, but if you miss your shot, you’ll be knocked out. Also be aware that on Tarantula Island, other Tarantulas may attack you and knock you out as you catch one of their friends. Cheeky buggers. If you need to escape tarantulas, you can hop over a river or a dug hole. In fact, one of the safest ways to catch a tarantula is to dig a line of holes behind you, aggravate the tarantula, then hop over them. You’ll still be able to catch it by swinging your net across the gap, without being at risk.

So there you have it, that’s how to visit Tarantula Island in Animal Crossing: New Horizons, as well as how to cultivate your own! Take the time to catch a full inventory of them and you’ll be paying off your loan in no time at all. For more AC: New Horizons guides, check out our full fish list, or click here to take a look at our comprehensive game hub for more news, tips and tricks.