Get the Shotgun in the Resident Evil 3 demo

Learn how to get the Shotgun in the Resident Evil 3 demo so you can show those zombie a bit of tough love. 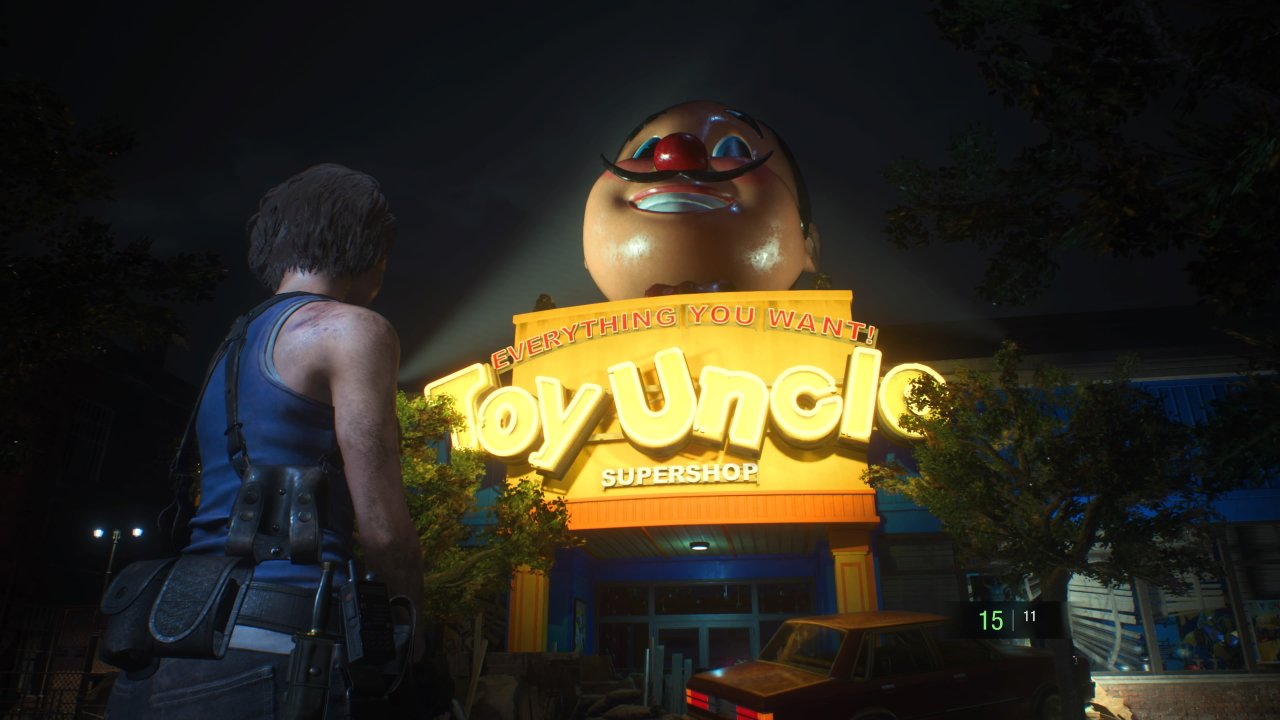 How to become best friends in Animal Crossing: New Horizons

How to make someone your Best Friend in Animal Crossing: New Horizons so you can build together.

Resident Evil 3’s demo is crammed full of little secrets to discover, from unlocking an Assault Rifle to toying around with Nemesis. Mr Charlie Dolls are a main collectible in the demo, and if you grab them all you can even earn ambassador points on RE.net. Sounds simple, right? You’re dead wrong. Finding out all the doll locations and how to spawn them has been an arduous task, but one that thankfully the community has taken to thoroughly. If you want to destroy the 20 figures, we can help you find all the Mr Charlie Doll locations in the Resident Evil 3 demo. Just be prepared to put in some work.

TheMr Charlie Dolls locations are scattered throughout the Resident Evil 3 demo, and in the case of some you’ll even need to follow out some very specific actions in order to spawn them. Things start off simple, but quickly get tricky. We’ll explain what you need to do to find all the dolls in the Resident Evil 3 demo below, one by one. Remember, you need to shoot all of them and complete the demo for it to count, but you don’t need to do it all in one go. Collect them all in multiple runs if that’s easier.

The first Mr Charlie Doll location is just after the demo starts. Exit out the back end of the train, past Carlos (opposite the way forward. Then look across behind the train to the other platform. The doll is sitting on the other platform floor.

The most obvious doll in the demo. As you head up to the surface, you’ll enter a room with supplies like herbs and ammo. The doll is on the table, next to a note.

This Mr Charlie Doll is located in the back of an ambulance once you’re up at the surface. It should be ahead and to the right of the exit, past some bodybags on the floor.

Once you’ve gone through the small alleyway and come out into the second section of the street, make your way down to the very end where some zombies are banging on a fence and there’s a big fire raging behind them. Clear the zombies so you can see the Mr Charlie Doll on the hood of a police car in front of the fire.

After the zombies break down the barricade and open the path to the Donut Shop, take the stairs down. At the bottom, turn back on yourself and look to the left of the stairs. The Doll is on the floor, under some scaffolding.

Enter the Donut Shop at the bottom of the stairs. Look behind the counter in the back left of the room to spot this doll next to the microwave.

You’ll need to grab the Bolt Cutters from inside the Donut Shop to reach this doll location. Once you have them, head back up the stairs you came down and turn right at the top. There’s a store here that’s locked with a chain. Use the Bolt Cutters to open the door and you’ll find the doll on the checkout counter. Don’t forget to grab the first aid spray and other items in here as well.

Take the stairs back down toward the Donut Shop, but this time head right before entering. Walk onto the metal railing path and take the right route. This will lead you to a rooftop area, with two zombies in the right section, and a crate in the left. Head towards the crate, then look up on the electric box to your right to see the Mr Charlie Doll.

Take the metal railing back the other way (west) to the room with the safe in it. There will be boxes piled high here and a zombie in the back. The Mr Charlie doll is located on the top shelf of the central unit, squeezed between some boxes.

Go through the back doors from the safe room (with Mr Charlie Doll #9) and you’ll find yourself on a metal railing balcony that overlooks the street. Look straight forward from the door and up. The Mr Charlie doll will be on the metal girders of the railway above and just to the right of you.

From the same position on the balcony, look to your left and the next Mr Charlie Doll will be sitting on top of the neon lights on the roof the Donut Shop.

Out the back of the donut shop and across the street is a chained gate. Use the Bolt Cutters on it and enter. Take out the zombies, grab the supplies, then look for the Mr Charlie doll on the floor between the two large metal vents on the left.

Head down the road beyond the Donut Shop and enter the pharmacy (watch out for the zombo on the floor). The Mr Charlie doll location is on a shelf in the back right of the room. Near the code for the safe.

After entering the Subway Office (marked by the Kite Bros Railway sign), you’ll follow the hallways round and back into the proper office room. The Mr Charlie doll location is in the bottom shelf of the cabinets to the left after you enter the room. This is also where you’ll find the shotgun.

We recommend coming to this doll last or second to last, as it requires waking up Nemesis. After obtaining the fire hose, make your way back to the fire hydrant. Disable nemesis by shooting him enough to knock him down, then very carefully edge round the corner where the flames were.

The figure is up on a vent next to the doorway, but if you move slightly too far, the demo will end here. You have to be careful to spot and shoot this one without triggering the end of the demo. Don’t worry if you do, it’ll count and you can just skip this doll location on the next run.

Things get a little trickier here. This Doll is inside the police car that’s out the back of the Donut Shop and to the left (left of the alley you got Doll #12 from). However, you need to perform 25 perfect dodges to trigger the policeman to fall out of the car door, letting you shoot the Doll where he was sitting.

Ready for more challenges? This Mr Charlie doll can only be obtained after Nemesis is in the area. It’s inside the police car on the street with the toy store and fire hydrant (up the stairs from the donut shop) but again you need to trigger the zombie to break out. The only way we’ve seen to do this is to fight Nemesis and knock him down three times into his lengthy recovery state. This is much easier if you get the Assault Rifle first. Eventually the door will pop off and the zombie will crawl out. Down at the base of the seat is the Mr Charlie doll.

You need to have put out the fire with the hose before this doll can be obtained. Do it, then run back to the far side of the Donut Shop. There are a lot of new zombies here that need taking out, and the doll will be under a zombie that was “dead” inside the pharmacy originally. Kill the zombies in this area to make him wake up, then enter the farmacy and the doll will be lying down on the bloodied surface at the back of the pharmacy (where the truck has smashed into the wall).

To get this doll you need to mix two high-grade gunpowder together to make Magnum ammo. One can be found inside the chained store with Doll #7, and we believe the other is in the Subway Office. Either way, combine the gunpowder to make the magnum ammo, then run all the way back through the demo level to meet Mikhail. He’ll say something about Carlos, and then doll will spawn in the same area as Doll #6, next to the Cleaning in Progress sign and the MEWP device.

Finally, the weirdest of the doll spawns. Go to the Toy Uncle store on the street. Look in through the window to the left of the Mega Man poster and shoot the poster of Mr Charlie on the wall inside. Do this repeatedly, then turn around and look down the stairs towards the Donut Shop. The final Mr Charlie doll in the Resident Evvil 3 demo will have spawned on top of the roof of the Donut Shop. You should be able to see it silhouetted against the lit up donut. Shoot it, then complete the demo for it to count!

If you struggled following any of our directions, try the video below by The PlayStation  Gameplay which shows off each Doll location in the Resident Evil 3 demo.

Phew, that got a bit weird, huh? Still by following these instructions you should have been able to find all Mr Charlie Doll locations in the Resident Evil 3 demo. Make sure you’re connected to RE.net so you can score those Ambassador points as a bonus! Click here to visit our game hub for Resident Evil 3 where you’ll find plenty of other handry tips and tricks for the game.