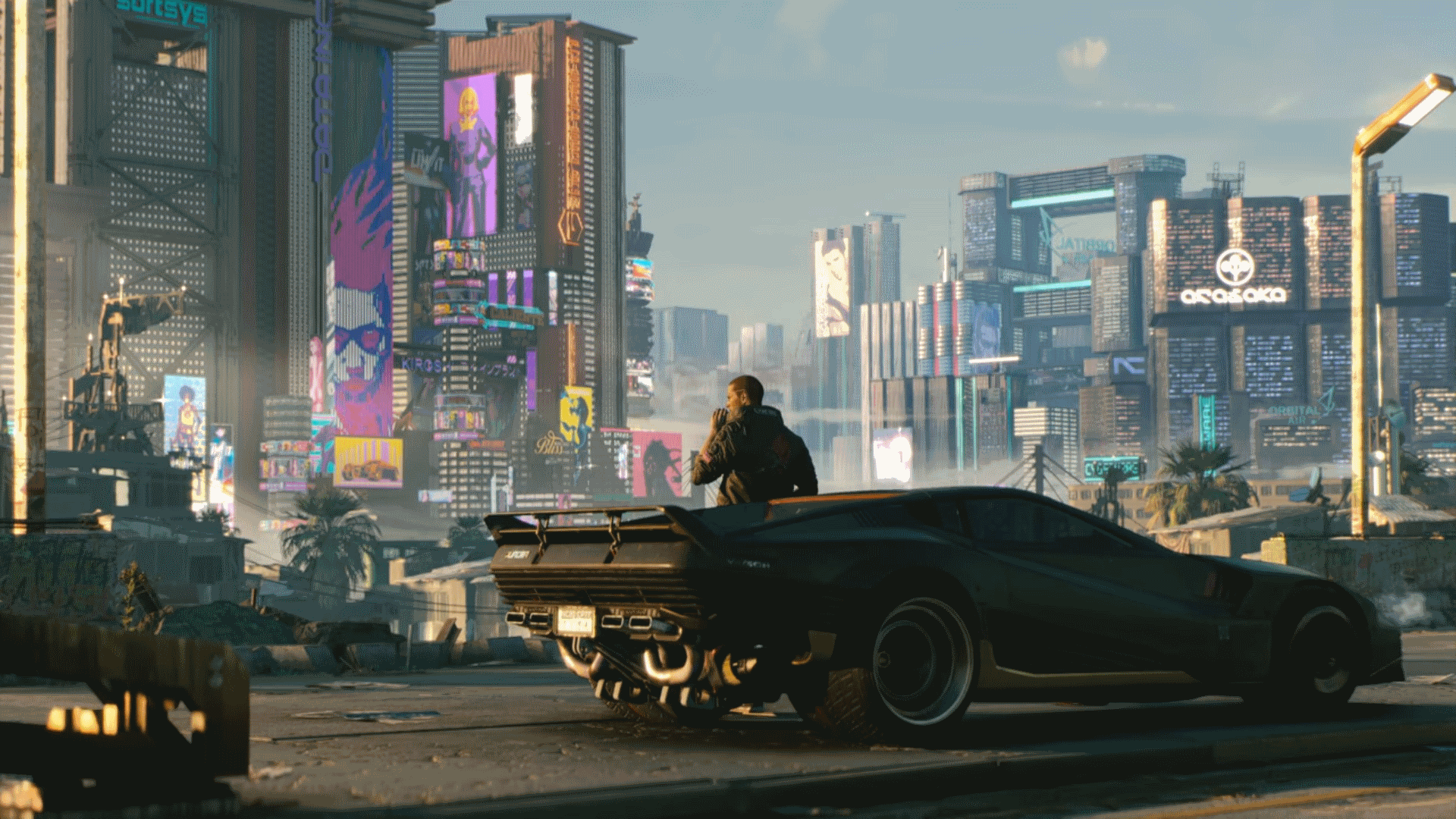 Well, it finally happened. E3 arrived and we got our first real look at CD Projekt RED's Cyberpunk 2077. The tabletop adaption lit our worlds on fire in 2012 with an incredible and enigmatic CG trailer, and it's starting to look like the five year wait has been worth it. Here’s what we know so far about the next massive RPG from the wizards behind The Witcher. First of all, that trailer:

When is Cyberpunk 2077’s release date?

The first CG trailer for Cyberpunk 2077 was teased during CD Projekt RED’s 2012 summer conference. In the ensuing years, CDPR didn’t stop talking about the project, which is a good thing, but they did pour almost all their power into making The Witcher 3 and its DLC so we can’t really fault them for taking their time. Part of those interviews suggested a release window between “2017 and 2021”, with another unannounced RPG also for that window.

New details hidden in a few frames of the E3 2018 trailer reveal that the team is sticking to the philosophy that patience is best, stating "when we told you we would only release the game when it’s ready, we meant it." The message does go on to note that CD Projekt Red is "much, much closer to a release date than we were back then," but that they're still not ready to give the game a date. Honestly, if the game can live up to the promise of the trailer then we're more than happy to wait.

Cyberpunk 2077 has been described as an open world RPG. Originally, CD Projekt Red touted the game as having “seamless multiplayer” elements, but more recently the studio has played down the multiplayer component, indicating that the game will be single-player only, at the very least for the launch period. CDPR have stated that the game will be purchased with a one-time fee and won't include "micro-payments or hidden things, just as it was for The Witcher 3." The E3 trailer reaffirms this, with the hidden Q and A reading "Microtransactions? In a single player role-playing game? Are you nuts?"

.@PrettyBadTweets Worry not. When thinking CP2077, think nothing less than TW3 — huge single player, open world, story-driven RPG. No hidden catch, you get what you pay for — no bullshit, just honest gaming like with Wild Hunt. We leave greed to others.

We've still yet to see any gameplay, but the world is based on a tabletop, pen and paper RPG called Cyberpunk – and its more popular second edition, Cyberpunk 2020. The game functioned much like you’d expect any dystopian technofuturistic take on role-playing, with skills that stem from cybernetic upgrades and a world full of megacorporations. The combat emphasised realistic lethality, so single bullet wounds could actually kill in some circumstances, we’re not sure if the video game version will be quite as unforgiving.

Will Cyberpunk 2077 include character customization?

The E3 trailer for Cyberpunk 2077 revealed a burly, male protagonist you'd naturally assume to be the game's lead. However, hidden in a few frames of the trailer is a message revealing Cyberpunk will allow character customization. This is a big change from the Witcher 3's fixed tale of Geralt. It frees the game up to include a more open storyline and we're hopeful it'll give us a chance to play as a female lead too (along with choosing our own punk stylings to fit the city).

Where does Cyberpunk 2077 take place?

Seeing as the “when” is quite obvious, the where of Cyberpunk 2077 is a fictional megacity known as Night City. In the source book for its pen and paper predecessors, Night City is located on the US West Coast, between San Francisco and LA. Established in 1994, Night City is home to 1 million people downtown and more than 4 million in the surrounding satellite cities. Game lore positions it as The City on the Edge of Tomorrow, with advanced technology in its rapid transit systems, cross-city communication networks and a corporate center where a dozen of the world’s megacorporations are hosted.

The E3 2018 trailer reveals a vibrant city filled with neon and glittering outfits, yet brutally violent too. The narration even opens with the line "in 2077 they voted my city the worst place to live in America." Youch. Despite problems with violence and poverty, the city still holds an undeniable allure that draws people in, and it's easy to see why. We get a good look at the outlandish outfits of Night City's inhabitants, as well as the very violent undertones. Street gangs and the downtrodden clash openly with the megacorporations that run the upper class, and the widespread incorporation of cybernetics has led to crime and assassinations via hacking. In a couple of shots we see what look like politicians and businessmen getting fried through their own implants. Cybernetics are so widespread and involved that it's hard to tell if a few people in the trailer are robots or simply highly modified humans.

Creator of the original RPG Mike Pondsmith has left a trail of hints about the true nature of the world in 2077. Though we haven't seen any gameplay yet, we're starting to get a good idea as the world itself. Here’s how he described things at the trailer’s launch all those years ago.