How one cheerful ring is keeping us healthy and sane during distressing times. 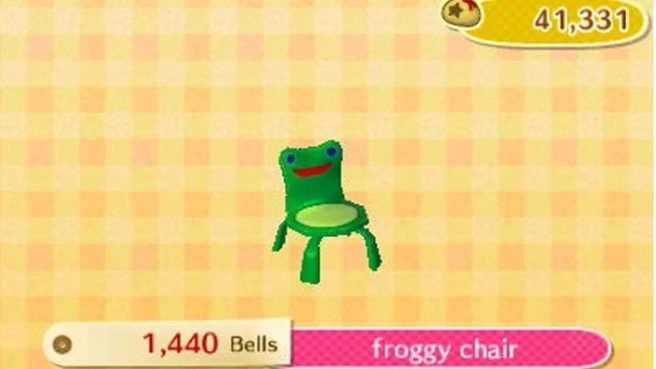 Will Froggy Chair be in Animal Crossing: New Horizons?

You can download and play the Resident Evil 3 demo right now on PS4 and Xbox One with a cheeky regional workaround.

Unfortunately, the most definitive answer we have at the moment is: not at launch.

Dataminer OatmealDome on Twitter has had a rummage through the game's files before Animal Crossing: New Horizons officially launches on Friday. The game has already pre-loaded onto the Nintendo Switch of anyone who pre-ordered the game, allowing enterprising tinkerers like Oatmeal here to have a look at what we're getting with some specialist software.

The fact that there is no Froggy Chair file in Animal Crossing: New Horizon at launch isn't the end of the beloved furniture's time in the AC series, however, as there are many content updates planned for after the game's release.

We'll have our fingers crossed that Froggy Chair gets added to Animal Crossing: New Horizon after launch, but as it is at the moment you'll have to get your meme hits somewhere else. May we suggest Nook's Cranny?