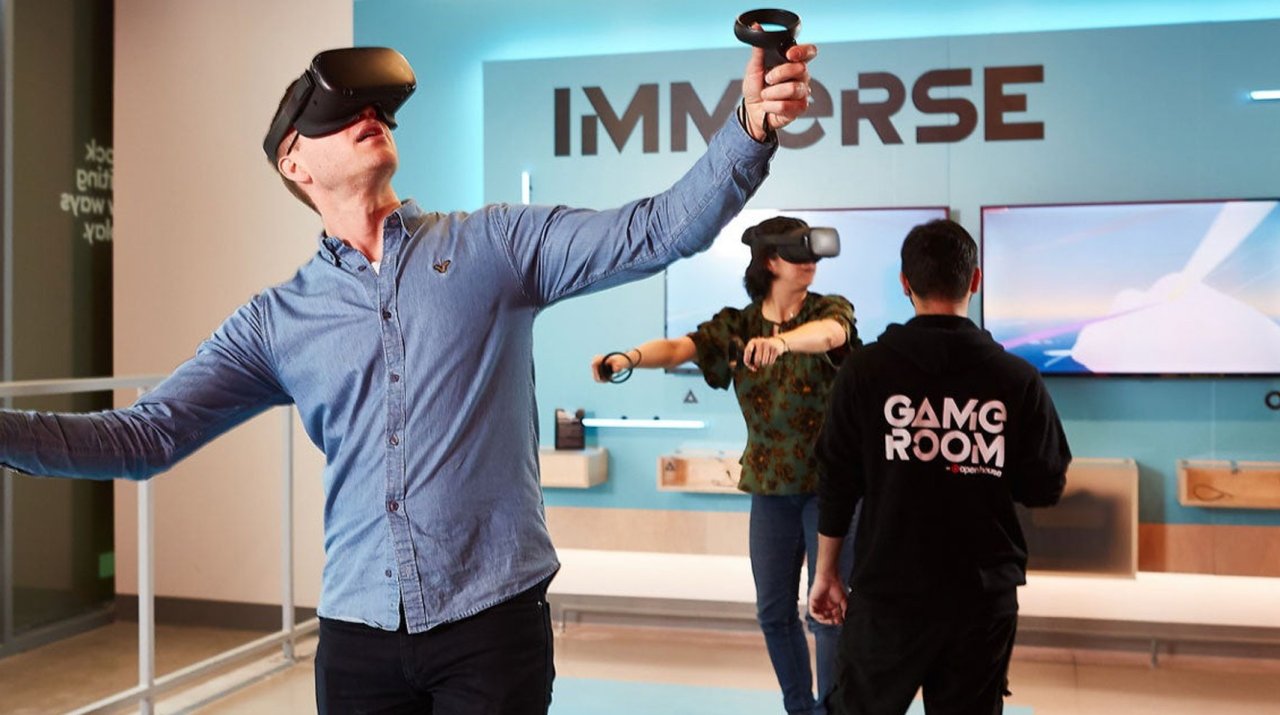 VR has a problem. In truth, it’s always had a problem. How do you sell a fundamentally different – and undeniably expensive – gaming experience to those who’ve never tried it? Target’s new Game Rooms might finally provide the answer.

In an effort to change with increasingly digital times, the retail store is testing a new approach to lure customers. Offering anyone who stops by the chance to test out the latest games, online features and tech, the Game Room is, in many ways, an advanced LAN Cafe. Step inside the San Francisco concept store and you’ll be able to trial Apple Arcade, livestreaming services, Google Stadia and yes, VR headsets courtesy of Oculus. If the plan proves a success, Game Rooms could be the perfect place to sell virtual reality to a new wave of gamers.

VR headsets have certainly become more affordable in recent years, but you’ll still need to drop upwards of $250 to get the bare minimum experience. That’s a big ask without even knowing if you’ll want to vomit the second you stick one on your head. Thankfully, we’ve also seen a big rise in VR “experience” venues around the world, giving players a chance to pay a far smaller sum to try their hands (and eyes) at VR escape rooms, co-operative games, and other simulations. They’re brilliant, but again we’d argue they’re unlikely to shift headsets into homes.

After playing a traditional escape room, have you ever thought ‘ah, I really wish I could bring this whole thing home with me’? Now that we think about it, styling our houses like medieval castles packed with traps and puzzles does sound pretty cool, and it would certainly reduce our daily snack intake. But still, we’re anomalies there. VR or not, escape rooms and event-style experiences are something you partition off in your brain, filing them under that ever-expanding binder of cool-but-expensive-things-to-tell-friends-about.

Even if you were smitten with the tech, the time spent travelling home or out elsewhere afterwards is more than enough to sober up to the high cost of investment. Don’t get us wrong, we love VR events. Heck, we went all the way to Japan to experience their ludicrously awesome VR theme parks, but we doubt many of the people there were planning on picking up a Vive Pro on their way home. A shop demo, however, is a different matter.

Chances are, you’ve heard about Half-Life: Alyx. Valve’s unexpected continuation of the Freeman universe has certainly built up plenty of hype, but the large majority of us without headsets aren’t going to get to play it. Now imagine if you could just take a short trip into town and try out Alyx at your local Game Room. Tempting, right? And after getting hooked with a quick session, you could walk away, there and then, with an Oculus headset and a copy of the game.

If Target’s Game Rooms do pull people in, they could easily act as a gateway to VR for many others who hadn’t even considered the tech. It’s the age-old tact of the market salesman; people are far more likely to break out the cash if they’re able to try and buy the same day, with someone there to sell them the best aspects. The shift to digital has made that a challenge for VR, but venues like Target’s Game Rooms could change that.

Target isn’t alone in the gaming lounge approach either. GameStop is betting that a focus on esports will turn around their business woes, inviting players in to compete in tournaments and watch games unfold in-store. Over in South Korea, PC Bang gaming centers have been a popular attraction for years, mixing high-speed online gaming with a cafe service at a cheap cost of entry. There’s no reason Target and GameStop’s alternatives can’t provide the same sort of appeal, substituting the cafe for a merchandise and technology store.

Whether this social approach will succeed in a global climate that’s currently struggling with the spread of the COVID-19 coronavirus remains to be seen, but in the long run, these locales may generate a very welcome boost to VR gaming.