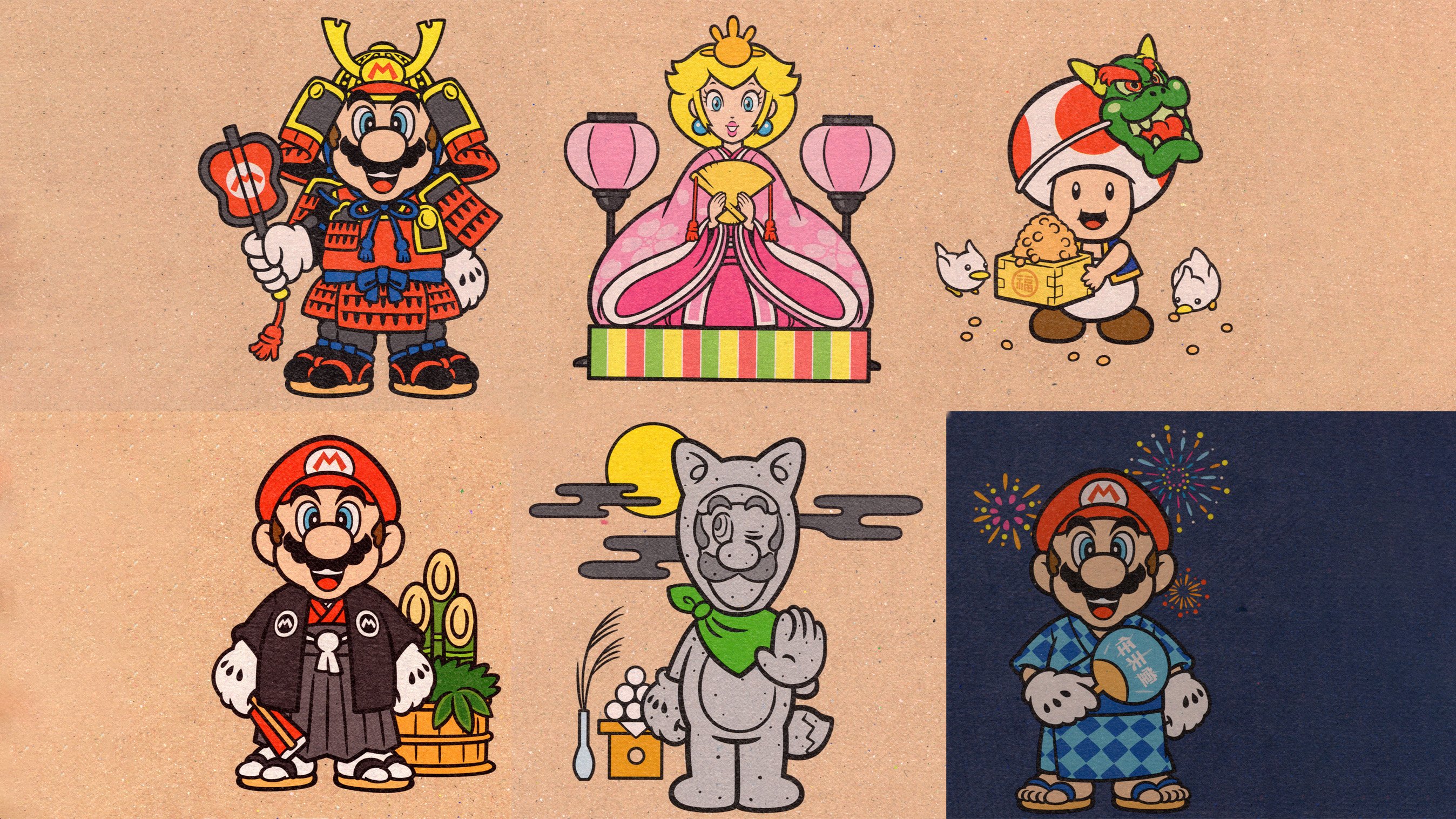 The history of Mario's greatest 'fits

Happy March 10, or MAR10 day! On this day we celebrate gaming's second oldest mascot (though his partner Donkey Kong doesn't get his own day which seems unfair to us). As you might expect of a gaming icon who's been around for almost four decades now, he's amassed quite the catalog of looks. Many of them are on show in Mario Odyssey, as the costumes you can buy from the various Crazy Cap stores dotted around the game's kingdoms. But you might not know that almost all of them are based on previous designs of Mario from throughout the years, even from extremely unlikely places. Here are what we consider to be Mario's best outfits, and where he got them from.

Japanese popstar Kyary Pamyu Pamyu grants Mario this fetching 'fit in a 2014 commercial for the New Nintendo 3DS. It's in perfect keeping with Kyary's bubblegum-sweet aesthetic, with clashing patterns and colors all over. And at the low low price of 200 coins at the Crazy Cap store after reaching the Lake Kingdom, it's not gonna break the bank either. An outfit for the true hypebeast within Mario.

International marketing for the Super Game Boy – the cart add-on that let you play Game Boy games on the SNES – featured Mario in this hair-raising scientist costume. By 1995, the Doc Brown From Back To The Future look was all the rage, so we're not surprised to see Mario cashing in on the trend whenever he could.

As seen in the header image at the top of the page, there are a number of really great Japanese outfits for the man of the hour. He really rocks some classic fashions. These particular ones are all taken from the Japanese Club Nintendo Calendar in 2015, and among its monthly pages were designs for Mario wearing these traditional suits, including the Hakama (January), Swimwear (August, naturally) and, of course, the Samurai set. You can get your hands on it in Mario Odyssey by snapping it up from the Crazy Cap store in Bowser's Kingdom for the paltry price of 15 purple coins. A steal for this steel.

Ooh la la, Mario, this is a bit of a risqué ensemble. But then what else is a man expected to chill out in on the beach? A year before everyone lost their collective minds at the existence of Mario's nipples, this desktop wallpaper was made available by Nintendo of Japan for the summer of 2016. Feel free to strip down to your skivvies in any of Mario Odyssey's kingdoms by purchasing the right for 1000 gold coins at any Crazy Cap store after reaching the Sand Kingdom.

While fashion is always looking to the past for inspiration, we're not entirely sure they should be looking this far into the past. It's also a little hard to tell exactly where Mario dug this one out of his closet from, but there are a few possible inspirations. One is in the Super Mario World Animated Series from 1991, in which Mario sits behind a rather ostentatiously dressed prehistoric man from Dinosaur Land during the show. Even Mario isn't above a bit of inspo copping, it seems.

This outfit's an even deeper cut for Mario to be pulling out of his back catalog. It's not even from his back catalog! This fresh design for Mario's wardrobe is actually from a Game Boy game from 1990 called Qix, which had nothing to do with Mario at all. It was a sort of abstract arcade game where you tried to box off increasingly large areas until you owned the board, sort of like a strategic Tron without the cool motorcycles. But when you did your job, in the immortal words of its commercial (the raddest artifact of the 90s in existence) 'this little Mario guy comes out and sings to you!'. Weird, indeed.

Which is your favorite of Mario's outfits he's ever worn? Or do you think there's another Nintendo character who deserves more praise for their sartorial choices?