Doom Eternal will let you customize your Slayer with outfits 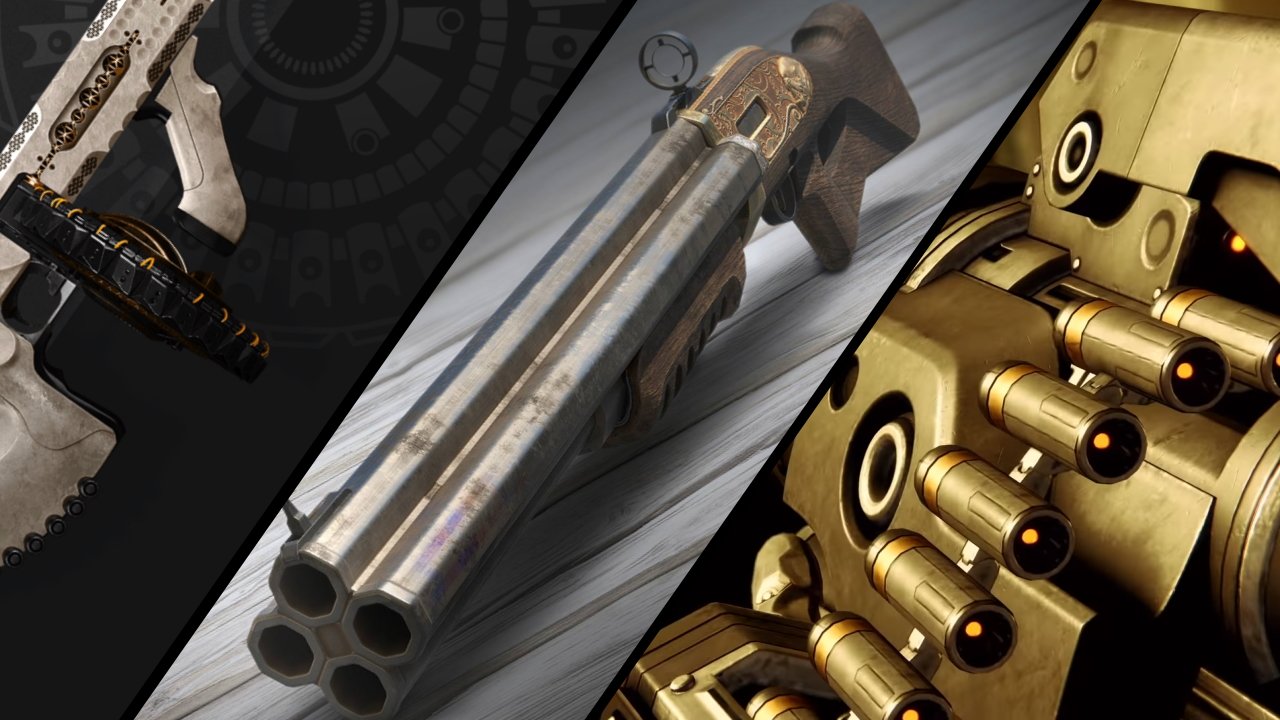 We had a feeling it was coming, but now it's official!

Are you worthy? The next Season pass certainly hopes so. Destiny 2 asks a lot of its players sometimes, but at least we get to collect shiny guns as a reward. Ther are three new exotic weapons in Season of the Worthy that we’ve been shown so far. Well, two for certain, and what looks suspiciously like a third. In this guide we’ll take you through what we know about all of them, so you’re up to date on all the exotic weapons in Destiny 2 Season of the Worthy.

So far Bungie has officially revealed two exotics that’ll be available as part of Season of the Worthy, an Auto Rifle and a Shotgun. One can be grabbed immediately by picking up the pass, while the other will arrive in an exotic quest. There’s also a mysterious third exotic that keen-eyed players believe they’ve spotted in the Season of the Worthy reveal trailer.

The secret Machine Gun exotic isn’t included in any of the promotional artwork or blogs for Season of the Worthy, but we do get a glimpse (less than a second!) of it in the gameplay trailer, right after text announced new exotics. It’s sandwiched between Tommy’s Matchbook and The Fourth Horseman, so we’re pretty sure it’s an exotic, and a big one at that. As one Reddit user notes, it looks a lot like the cabal Colossus weapon from Destiny 1. Very interesting…

That’s all we know so far about the exotic weapons in Destiny 2 Season of the Worthy, but we’ll update with guides on each as they’re added. For now you can learn more about Tommy’s Matchbook by clicking here. Feel free to visit our Destiny 2 game hub as well for more tips, tricks and news about the eternal online shooter.