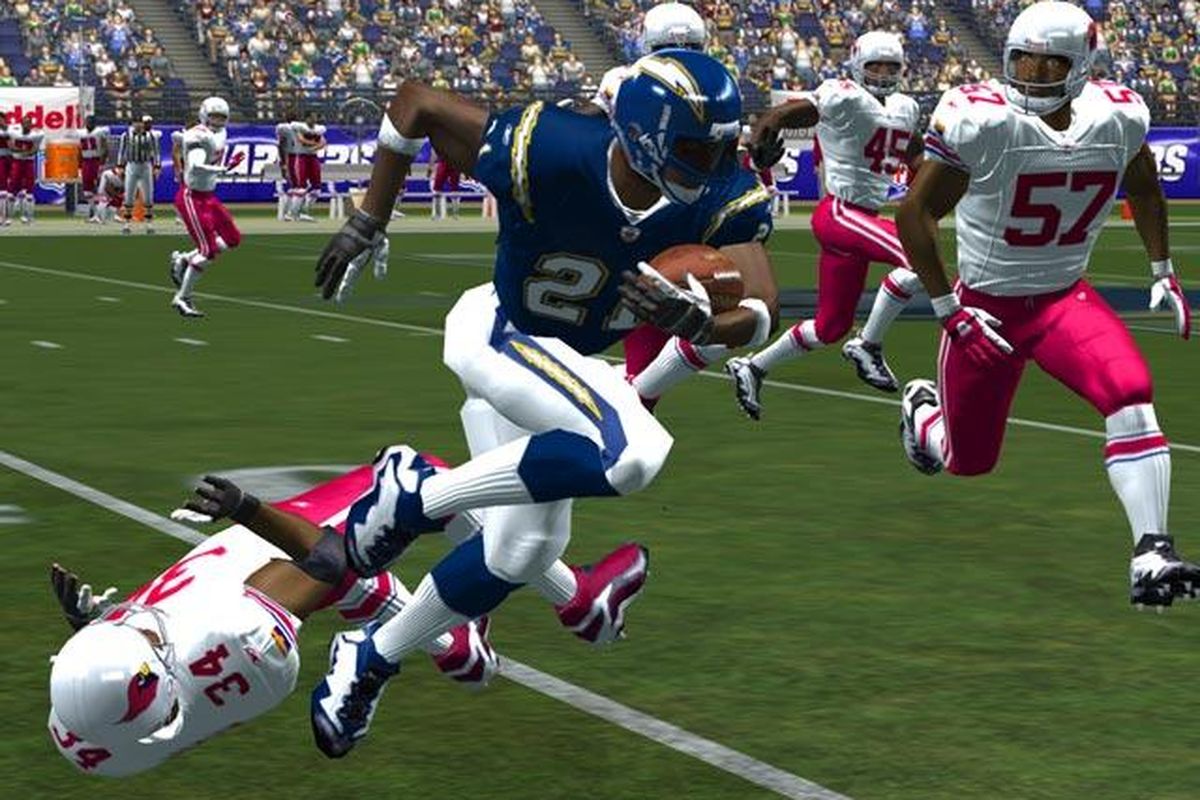 2K to return to making NFL games after 16-year hiatus

The history of Mario's greatest 'fits

The best outfits in Mario Odyssey and the history behind each.

2K Games will return to making NFL football games for the first time since 2004, in a new partnership announced today.

In an interview with our sister site, GameDaily.biz, 2K President David Ismailer confirmed that NFL 2K would return to challenge EA's Madden series for the perennial sports title.

“The NFL is one of the most successful sports brands in the world, known for creating incredible entertainment for fans,” Ismailer told GameDaily.biz. “We’re thrilled to be back in business with the NFL in a partnership that will span multiple video games centered on fun, approachable and social experiences. It’s exciting to bring together 2K’s expertise in creating award-winning sports games with the NFL’s renowned status as a world-class entertainment and sports organization.”

The game will be a recurring entry but focused more on the 'non-simulation' side of football games, aiming for a more arcadey feel than its EA counterpart. EA have already released a statement distancing this new NFL partnership for arcade-type football from their Madden series, saying: "EA Sports is the exclusive publisher of NFL simulation games, and our partnership with the NFL and NFLPA remains unchanged. Our agreements have always allowed for non-exclusive development of non-simulation games on various platforms."

Details of the deal between NFL and 2K suggest it will run for several years, though how many is not known at this time, and the first is currently planned for the 2022 fiscal year. Publisher Take-Two have a number of other sports franchises under the 2K label, as well as the recently announced return of the BioShock series underway at new studio Cloud Chamber.

Are you excited to play NFL 2K again? Which was your favorite entry in the sports franchise, or will you be sticking to the more simulation-based NFL Madden?