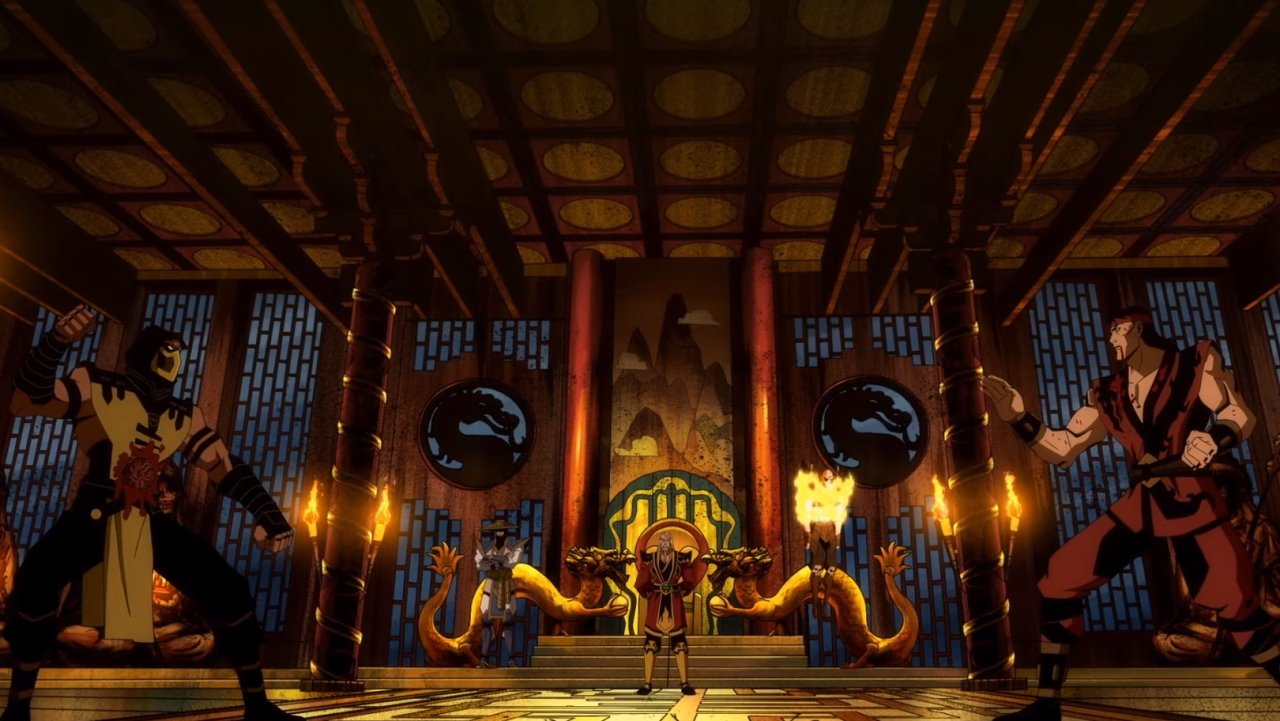 Get over here and watch the gruesome new trailer for Mortal Kombat Legends: Scorpion's Revenge

Details on what each Rare Quality does in Pokemon Mystery Dungeon: Rescue Team DX.

Were you disappointed at the lack of gore in last month’s reveal trailer for animated movie Mortal Kombat Legends: Scorpions Revenge? Oh boy did Warner Bros Animation hear you. The new Red Band Trailer for Scorpion’s Revenge gets right to the beating heart of what makes Mortal Kombat special. By which we mean it rips it clean out of the chest cavity to shove it proudly in our faces. That's just gross, Mr trailer.

The Red Band trailer posted by IGN features ninja goons being chopped to bits by the yellow clad ninja. Torsos, limbs, heads; nothing is safe from his red mist wrath. After how safe the last trailer played it, this certainly feels a lot like Warner Bros Animation showing that they are serious about making an adult-aimed show.

Scorpion’s motivation for getting all stabby in the movie appears to be Sub-Zero killing his wife and stealing his child. In the Red Band trailer we even see Sub-Zero appear to kill Scorpion himself, though we all know an ice spike to the head is never a guaranteed kill in Mortal Kombat’s weird universe, especially with how much fiddling with time goes on. How will our murderous hero enact his revenge after recovering? By entering a tournament, of course! The worlds of Earthrealm and Outworld collide once more in a big bash up, while also trying to stop Shang Tsung from getting up to his usual evil tricks.

Mortal Kombat Legends: Scorpion’s Revenge will feature far more than just the Ninjas of the MK universe. Though Scorpion’s hatred for Sub-Zero steals the limelight, We also know that Raiden, Johnny Cage, Sonya Blade, Liu Kang, Goro and more will also be along for the ride.

Mortal Kombat Legends: Scorpion’s Revenge is being produced as a direct-to-video film, due to be released April 28 this year in digital and blu-ray. Not enough Mortal Kombat news for you? We also got our first look today at Spawn dealing some damage in Mortal Kombat 11. He’s coming March 17, so that’s a nice month of face-punching you can partake in before the show releases.