Check out the full Call of Duty: Warzone map, revealed thanks to an early leak of gameplay footage 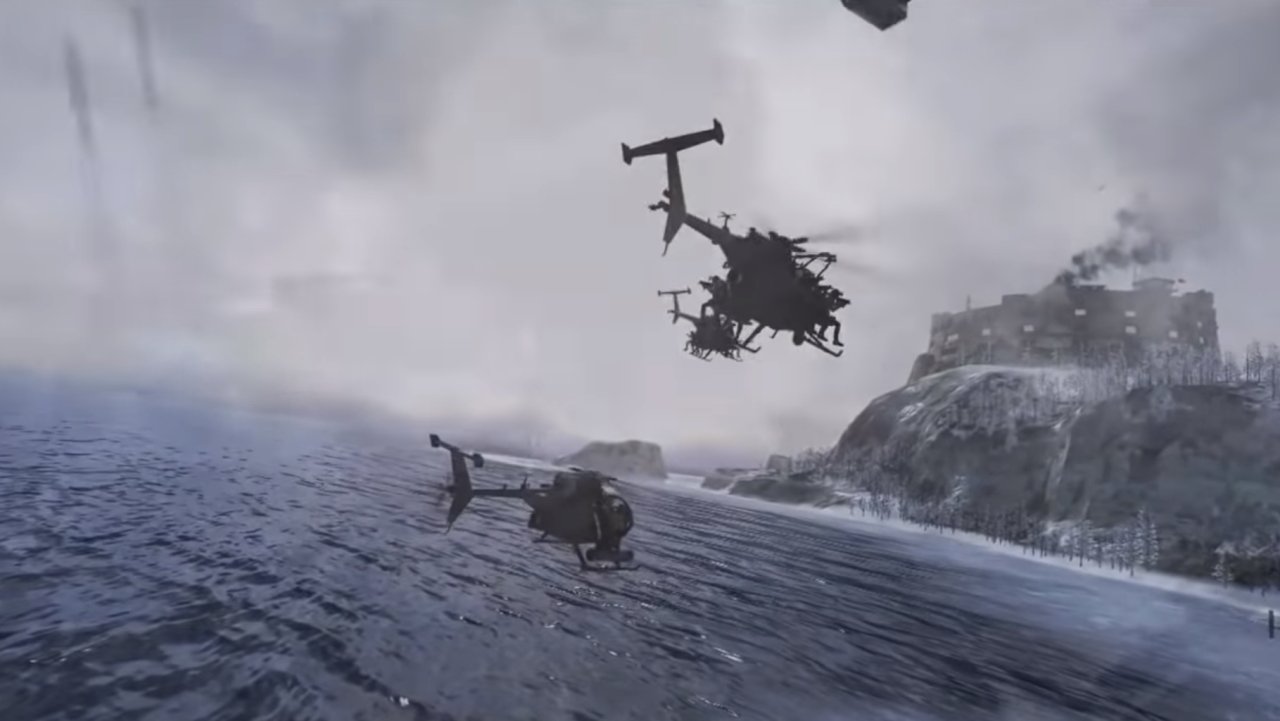 Call of Duty: Warzone's Gulag will let you fight for your life

Learn the minimum and recommended requirements for Doom Eternal, so you can be sure your PC will be ready to rip and tear.

It’s been rumored previously, but thanks to now-deleted footage accidentally put up early by YouTuber Chaos, we’ve now seen actual footage of the Gulag in action. All images in this article have been captured directly from footage belonging to Chaos.

Upon your first death in Call of Duty: Warzone - and provided you die early enough in the match - you’ll be transported to the Gulag, a special 1v1 arena based on the Modern Warfare 2 campaign level which gives you an opportunity to win a second life. Essentially, the Gulag pits you in a fight against another player, with the winner respawning on the full battle royale map. It's a version of the Gunfight Gulag Showers map from Modern Warfare, which in turn was based on the Gulag campaign level from Modern Warfare 2.

The Gulag is much more than just a fight though, it’s also a spectacle. With lots of players dying at once, you’ll need to wait your turn in the Gulag, watching others fight before you’re thrown in yourself. Again, you can get involved here, influencing the outcome by tossing rocks into the arena that will stun any player struck. Die at the same time as your teammate and you might even throw the rock that saves their life. Too bad you’ll have no one to help you though!

According to the video by Chaos, there are several different Gulag variants, so you won’t be able to get comfortable with the rules. We’re not sure if the map layout changes, but the footage appears to show varying weapon loadouts for each duel. You might be skilled with a shotgun, but do you reckon you can outwit an enemy with a crossbow?

Survive and you’ll be redeployed to the battle royale map, parachuting back down into the fight where you can join your teammates, provided they’re still alive. The Gulag is a one-off chance, and you’ll be given a message saying “no more second chances” should you win your battle. It’ll also close after a certain time period, though it’s not yet clear how far into the match this will be.

With the Gulag and Buy Stations offering the chance for respawns, Call of Duty: Warzone’s 150 player map is likely to be more crowded than most battle royale titles, so be prepared for a lot of action, and many trips to an unseemly jail. Best start sharpening those duelling skills now in Modern Warfare. Call of Duty: Warzone is expected to release in the coming days, so we’ll have more content about it before long.