Half-Life: Alyx brings Valve's world to a VR headset near you on March 23, check out some gameplay beforehand. 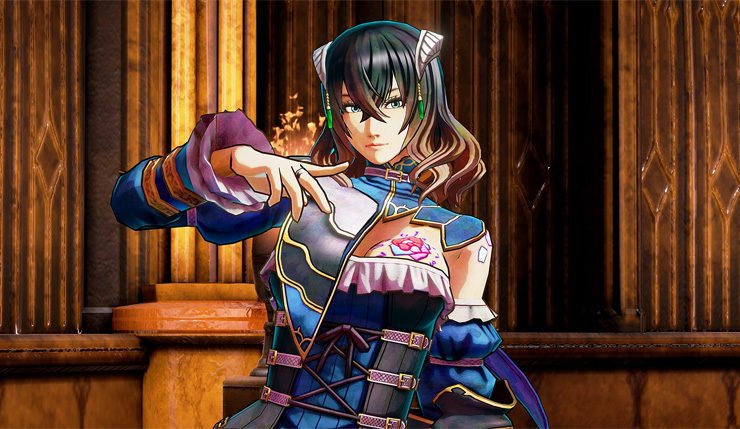 Destiny 2: Season of the Worthy gameplay trailer reveals plot of next chapter

Bloodstained: Ritual of the Night will not receive the Roguelike mode promised by its $5m stretch goal, the developers announced today.

After its Kickstarter campaign ended four years ago with $5,545,991 raised, godfather of the Igavania-style genre Koji Igarashi committed to adding a randomly generated castle layout for players to replay through. Instead, a Randomizer mode will be added to the game after development issues made the original game mode impossible, according to a Kickstarter update from publisher 505 Games today.

"Unfortunately, the code that was created early in the game’s development is not currently compatible with this type of gameplay (especially a procedurally generated castle)," senior community manager at 505 James Ryan wrote in the update. "Due to this, we regret to announce that we will not be developing Roguelike as part of the project's planned stretch goals."

The Randomizer mode that will be featured instead will allow players to pick a set of eight game variables to be altered randomly through repeat runs of the game.

"As an example, 'Items - Retain Method' means that items will be found in the same spawn method (chest, mob drop, etc.) as normalm" Ryan explains. "Items found in chests will still be found in chests, they will just get mixed around. 'Total random' means anything can drop anywhere."

There are also safeguards in place to prevent players becoming softlocked due to items or abilities needed to unlock paths of progress ending up randomized to chests behind the locked off paths. Players can share generated seeds and in-game timers will record gametime for players testing their skills against each other.

Ryan said the Randomizer mode will be added in a future update, free for all players along with the DLC character Zangetsu, though the previously detailed Boss Revenge mode will be arriving in the content update after that.

Switch is now up to date with all other platforms on content parity, and it is 505 Games' intention to keep all platforms on equal footing going forward, though there are still some performance improvements to make on Switch, particularly in big rooms and dragon towers.

Are you excited to check out Randomizer mode in Bloodstained, or bummed that Roguelike mode isn't coming?