Death Stranding will release on PC for both Steam and Epic Games Store on June 2. 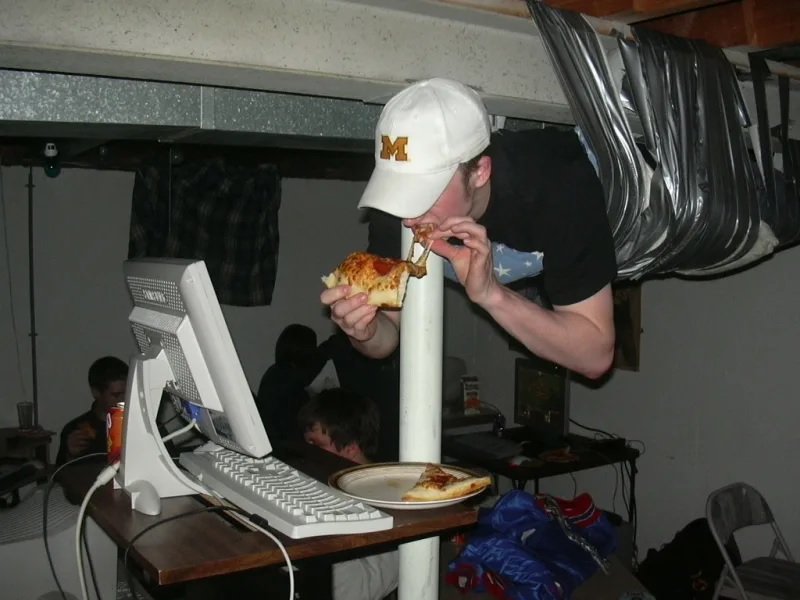 Documentary invites us to meet the legendary duct-taped LAN gamer

When does Season of the Worthy start in Destiny 2?

You've seen the meme, now meet the man! A documentary about the legendary gamer duct-taped to the ceiling of an early 2000s LAN party is in production.

The documentary, centered on Drew Purvis the duct-taped gamer himself, time travels back to March 29, 2003 in a basement in Mason, Michigan. The story behind the photo which became an imageboard staple is explained from the point of view of those there that day, including the original photographer Brian Schaeffer, who helped cocoon his friend against an I-beam on the ceiling using his power of being seven feet tall.

Producer and director Tyler Knowles may have been inspired to begin the project after reading Kotaku's investigation into the meme in 2017, which uncovered the identities of the LAN gamers involved. Judging by the trailer above, Knowles has gone to some significant lengths to make a cinematically pleasing retelling of the story, with plenty of drone photography around the tiny Michigan town.

Internet Legends: Duct-Taped Gamer will see a full release sometime later this year. It's unclear if Knowles intends to investigate other Internet Legends in the same manner, given the series title of the film. We'd personally like to find out more about Darth Vader cleansing the sea with a Brita filter.