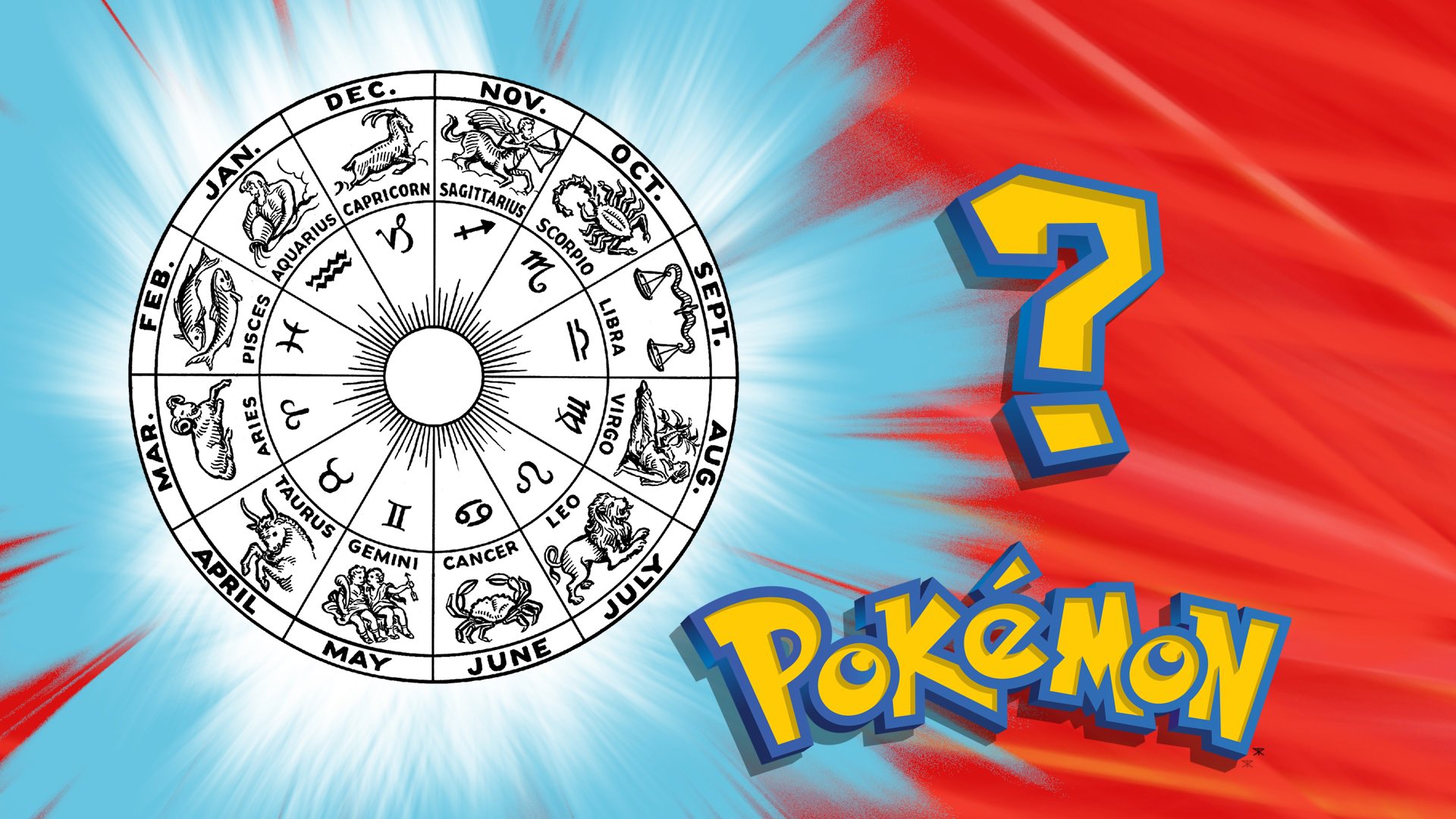 Which Pokemon starter are you based on your star sign?

Happy Pokemon Day! Every year we celebrate the anniversary of the first two Pokemon games Red and Green – yep, Green! Pocket Monsters Red and Green released in Japan on February 27, 1996 followed by the special edition Blue version later that year. By the time we got our hands on the Game Boy RPG that changed the world two and a half years later, the entire game had been rebuilt based on the Blue version, so we got Pokemon Red and Blue instead.

Ever since then, people have been obsessed with the world of Pokemon. And now with Pokemon Go blurring the lines between our world and theirs, the bond has never been stronger. So, in the spirit of starting out on that big journey into the unknown, we’re here to help you figure out who your companion should be. In the absence of a Professor to give you a choice of three, we’ll help you pick from every main generation starter Pokemon using the stars themselves. Here’s your fated Pokemon companion based on the infallible art of the Zodiac.

Starters: Torchic, Snivy
Represented by the ram, Aries are brave, tenacious and, most of all, competitive. So it only makes sense that they gel best with the Pokemon starters who prove most useful in competitive teams. Torchic’s final evolution Blaziken is a lethal addition to any team thanks to Speed Boost, and Snivy’s Serperior final form can dominate most battles with Leaf Storm.

Starters: Tepig, Charmander
The Bull is fierce, resilient, and stubborn. All are Fire-type qualities, so your only choices here are Tepig and Charmander, the most stubborn of all. Their final evolutions also happen to be some of the fiercest Pokemon around, which also helps. Other non-starter Pokemon could include Meowth as Tauruses are also very concerned with money.

Starters: Chespin, Grookey
The Twins are versatile, charming, curious, responsive, and sometimes nervous. Despite having a curious nature that tends to get it in trouble, Chespin keeps an optimistic outlook and does not worry about small details. And Grookey is also full of boundless curiosity, and the ability to restore life to nature through music. Both are Grass-type Pokemon fitting the twin nature of Geminis.

Starters: Squirtle, Turtwig
The Crab of Cancer is secretive, guarded, with an exceptionally hard shell. This gives them tough defences but also makes them loyal and caring. The hardest shells in the game belong to Squirtle and Turtwig, and both focus on a strong defence in battle.

Starters: Litten, Piplup
Leos are regal, noble, and natural born leaders. Given their Zodiac of the lion, it’s no surprise that Litten fits this group perfectly. However Leos are also performers with a strong ego, which can give them no small amount of pride. Piplup, with its refusal to take food from humans and proud chest-puffing, is also a lion in disguise.

Starters: Popplio, Chikorita
Virgos have pure intentions and strong judgment. They’re perceptive and intelligent, but also modest and conscientious. They’re basically good friends, and who’s a better friend than Popplio the clowny seal and Chikorita, the tiny walking leaf? Both have calming, soothing presences, like you!

Starters: Rowlet, Froakie
Libra is the scales of justice, meaning a strong sense of balance and diplomacy. However Libras are also smart, social creatures who understand things to a deeper level. This sort of wisdom is a classic owl trait, for Rowlet, but also gives Libras an emotional shape-shifting ability, perfect for Froakie’s final form Greninja. The Protean hidden ability lets Greninja change type based on the moves it uses, a true empath.

Starters: Cyndaquil, Totodile
Scorpios are representative of their sign, the Scorpion: dangerous and secretive, but also contradictory and ambitious. Totodile’s playful nature can sometimes mask its dangerous side, though its jaws are powerful enough to break bones. And Cyndaquil, for all its fire and bluster, is actually timid and will curl into a ball when threatened. It is unclear why Scorpios are so well-suited to Gen 2 starters, more research required.

Starters: Sobble, Scorbunny
The sign of the archer gives Sagittarius Pokemon plenty of accuracy and speed. Sobble’s final form Inteleon is sharp as a sniper, with the hidden ability to match. Those under the Sagittarius sign will also often aim high, act independently, and honestly. But this can sometimes mean they act before thinking, always to help others. Scorbunny’s speed leaves little time for thinking, or if you’re its opponent, reacting.

Starters: Treecko, Chimchar
Capricorn is the Goat. Not the greatest of all time, the horned creature. Capricorns are always climbing, whether that’s literally or figuratively through their ambitions, they remain sure-footed. They are also reserved, patient, disciplined, and strategic. Determined to reach the top. Treecko is calm and collected and never panics under any circumstances, even when faced with a bigger foe. While Chimchar, being very agile, is able to climb the rocky ledges of its home.

Starters: Oshawott, Bulbasaur
The water-bearer of Aquarius doesn’t necessarily have to be a Water-type. Water is just an analogy for truth, and the Aquarius trainer will always question why, attempting to understand, dissect, and improve their performance. While they can be assertive in battle, off the field they are often shy and insecure. Oshawott’s final form Samurott gains the Shell Armor hidden ability, defending from crits, while Bulbasaurs will sometimes refuse to evolve in the wild, recognizing the benefits of power levelling even before they find a trainer.

Starters: Mudkip, Fennekin
The sign of the two fishes, endlessly swimming in a circle, joined forever in their journey. Pisces are dreamers and imagineers, sensitive creative types with bucketloads of intuition and empathy. This makes them highly impressionable and changeable, such as the Fennekin which can be temperamental, but always tries to do its best for its trainer. Mudkips are also strong swimmers and the fin on its head is extremely sensitive, used like a radar to find its way in muddy waters.

Disagree with the stars? Let us know your star sign and who your favorite starter Pokemon is in the comments!