As well as Party Hat Bulbasaur, Charmander and Squirtle, who've all joined the Pokemon Day celebrations. 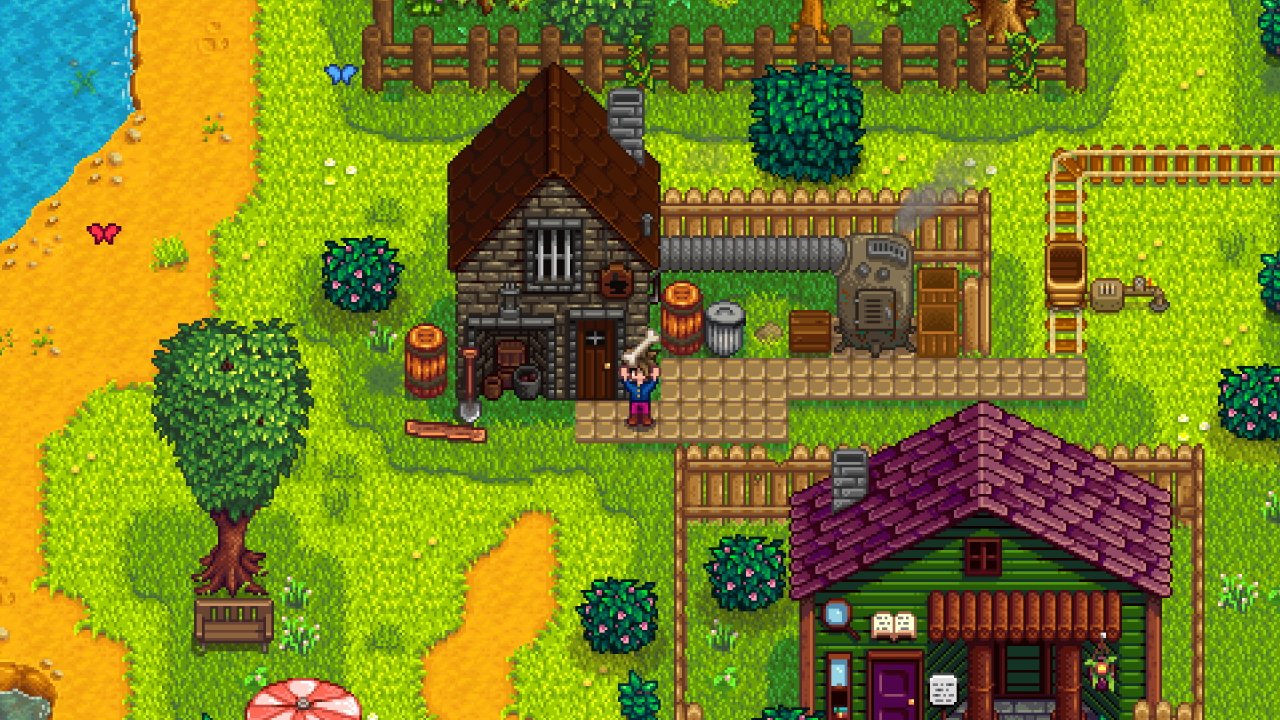 Graceful Decay's 'recursive puzzle game' will be coming to PC soon thanks to Annapurna Interactive.

Hit indie farming sim Stardew Valley will be getting more free content down the line in a 1.5 update

Rejoice, farm friends, for even four years on from releases, Stardew Valley developer Eric Barone isn’t done with the game. Speaking on Twitter last night, he confirmed that there’s more to come for Pelican Town, with another free content update “currently in the works” following the successful multi-platform release of the 1.4 update.

Thanks everyone for the Stardew Valley 4-year anniversary wishes. It's been a pleasure, and I look forward to another great year! Now that 1.4 is out on all intended platforms, I'd like to announce that there will be another free content update (1.5)..it's currently in the works!

The previous free update arrived on PC in November last year and brought a huge wave of content to the game, including lots of endgame activities such as a special 14-heart event for married couples (in the game, not out). One of the neatest new features was the ability to take a screenshot of the entire farm at once, just in case you wanted to show off.

Barone — known as ConcernedApe on Twitter — also thanked everyone for delivering well wishes for the game’s four year anniversary. Stardew remains one of the biggest indie success stories in gaming, having sold more than 10 million copies. Having developed and supported Stardew Valley solo for several years, Barone took the extra step to hire other team members to assist in supporting the game.

“The 1.4 update marks the first time in Stardew’s history where I’ve worked on new content with other people,” Barone wrote in the 1.4 update blog post. “After 7 years of working completely solo,  I formed a small team earlier this year to help me continue working on Stardew Valley.”

It’s still only a small team, but given the expansion from a single-person effort, it seems Barone is invested in the future of Stardew and his time in game development. We can’t wait to find out what else is in the works from Barone, and about the bright future that ahead for the quiet little Pelican Town when the Stardew Valley 1.5 update arrives. We’ll let you know as soon as a release date or the contents of the update are revealed.