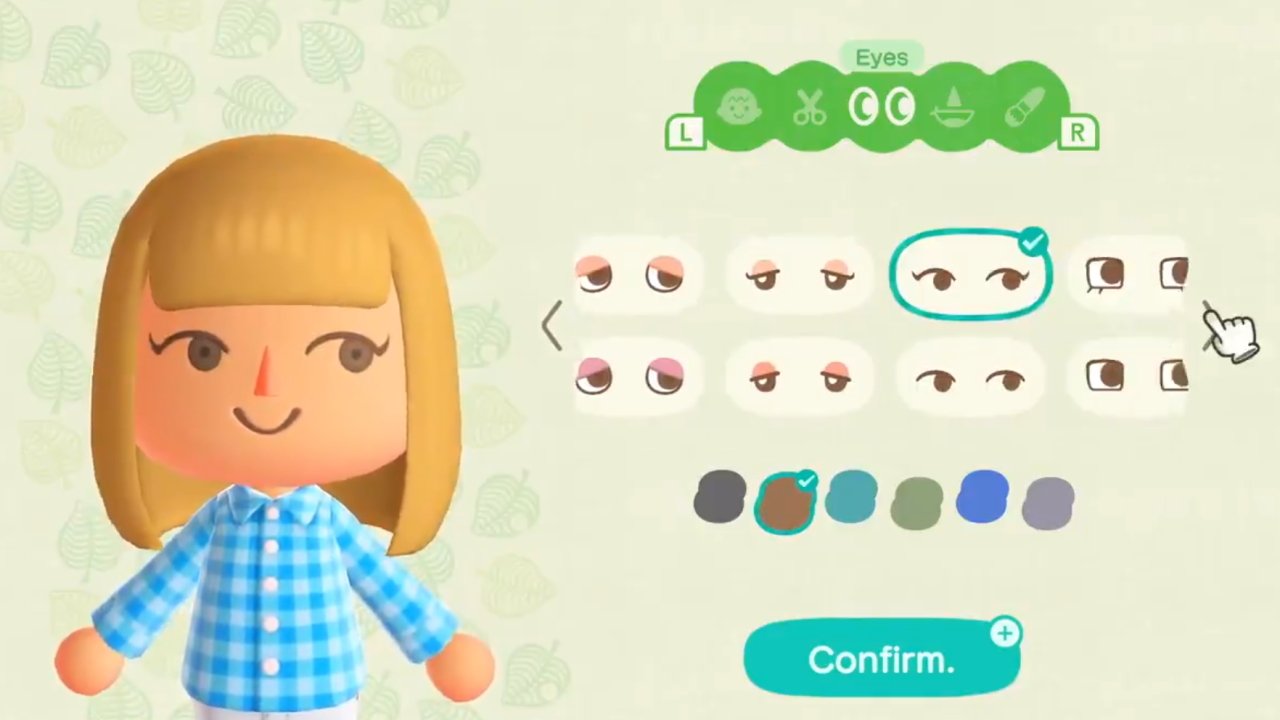 How to change appearance in Animal Crossing: New Horizons

It's easier than ever to change your appearance in Animal Crossing: New Horizons, so feel free to shake things up often!

Animal Crossing: New Horizons character creation tools have been shown off in a short new video, giving us a look at how we’ll put together our island resident.

As Tom Nook continues his takeover of the Animal Crossing Twitter account, we’ve been slowly teased with more and more features of Animal Crossing: New Horizons. Thankfully, it appears this entry in the series will forgo questions that affect the looks of your villager, instead allowing you to directly pick you looks directly for your passport. The Twitter clip shows off options for skin color, haircut and color, eye shape and color, nose and mouth shape, and small details on the cheeks.

Check-in Procedures
At the counter, they'll ask for your name and birthday, and then they'll take a picture of you for your passport. Take as much time as you need to get yourself looking just the way you want! pic.twitter.com/kJQjUDIREc

It also appears there’ no gender selection in Animal Crossing: New Horizons, leaving players free to create their character as they please, without restrictions for hairstyles and so forth between gender. It’s likely that characters in the game will refer to you via the unlockable titles shown off in the recent Animal Crossing: New Horizons Direct.

While the shown only includes a small selection of eight hairstyles, more will be available to unlock, though it’s likely you’ll need to unlock and buy new haircuts before you can apply them to your resident.

Now, I want everyone to know that you'll be able to adjust the way you look while on your new island, so there's no need to worry! Yes, yes, as long as you have a mirror or a vanity, you can change up your style at any time! ♪ pic.twitter.com/schX5mdZuj

A followup tweet shows that you’ll be able to change your appearance at any time by placing a mirror or vanity in your home. From here you can return to the character creator and tweak and of the previously chosen settings, applying newly unlocks styles. It also looks like this is where you’ll adjust your title, judging by the pen icon at the end of the line.