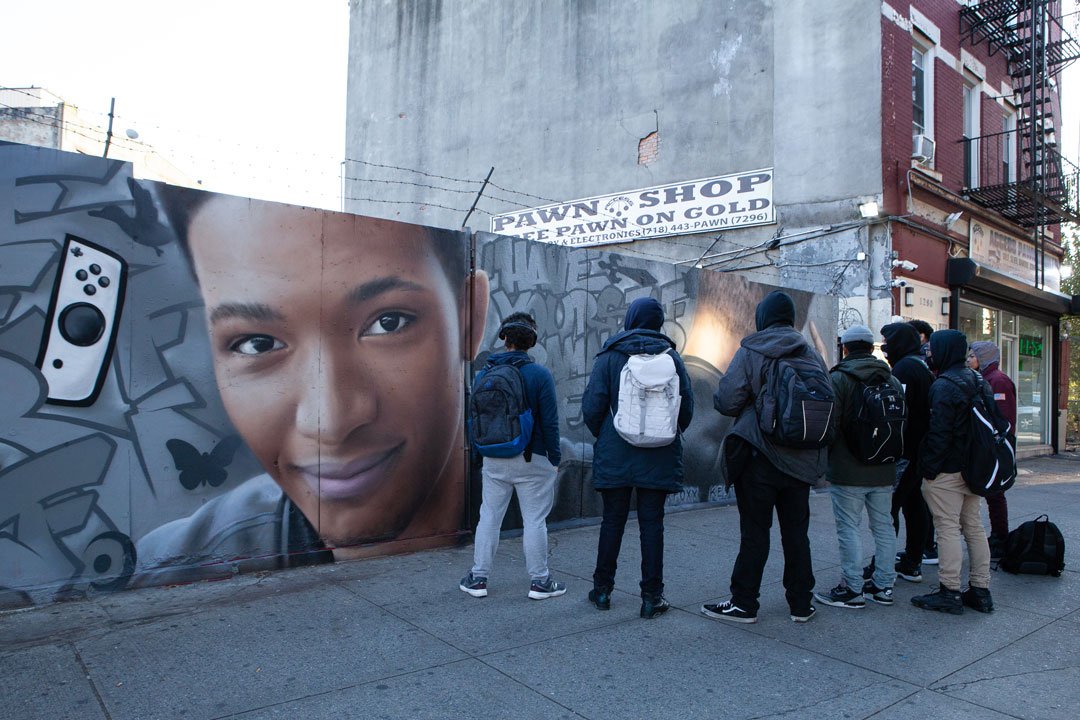 Jill and Carlos learn to work together in a lengthy new look at the upcoming Resident Evil 3 remake.

The Etika mural made in memory of the recently passed Nintendo superfan has been made into an official Pokestop in Pokémon Go.

The mural, painted on a construction wall at 1280 Myrtle Ave. in Bushwick, Brooklyn, was completed months after streamer Desmond 'Etika' Amofah took his own life in June last year.

The 29-year-old was immortalized in his home neighborhood in New York by local artists BKFoxx and Kestaadm, organized by fellow YouTuber Double A and web designer Abe Hunter. And now the 40-foot mural has been incoporated into one of Etika's favorite franchises, as Niantic made it an official Pokestop.

The new Pokestop was noticed by fellow streamer and Dutch YouTuber Reversal, after he launched a campaign to get the mural recognized by Niantic in November last year, shortly after its completion.

Both Ingress – Niantic's previous augmented reality mobile game – and Pokémon Go players submitted requests to have the address turned into a Pokestop. There was already a Pokestop within the same grid area Niantic uses to distribute locations, meaning the developer had to step in to make this happen.

The mural has served as a memorial site for fans of Etika, whom he referred to as Joycon Boyz, to pay respects to their lost friend. Many have made pilgrimmage to his neighborhood to remember the legacy he leaves behind.

Today marks the start of this year's Pokémon Day event in Pokémon Go, and updates to the game have brought raids and other celebrations in preparation for Pokémon Day itself on February 27. It is likely the Etika mural Pokestop was added in the updates that brought these new features and events to the mobile game today.

If you need help or would like to talk to someone, call the U.S. National Suicide Prevention Lifeline on 800-273-TALK (8255). In the UK and Ireland Samaritans can be contacted on 116 123 or email jo@samaritans.org or jo@samaritans.ie. In Australia please contact the crisis support service on 13 11 14. Elsewhere, please visit befrienders.org.