PUBG draws over 3m players on Xbox One

Could it rival the PC? 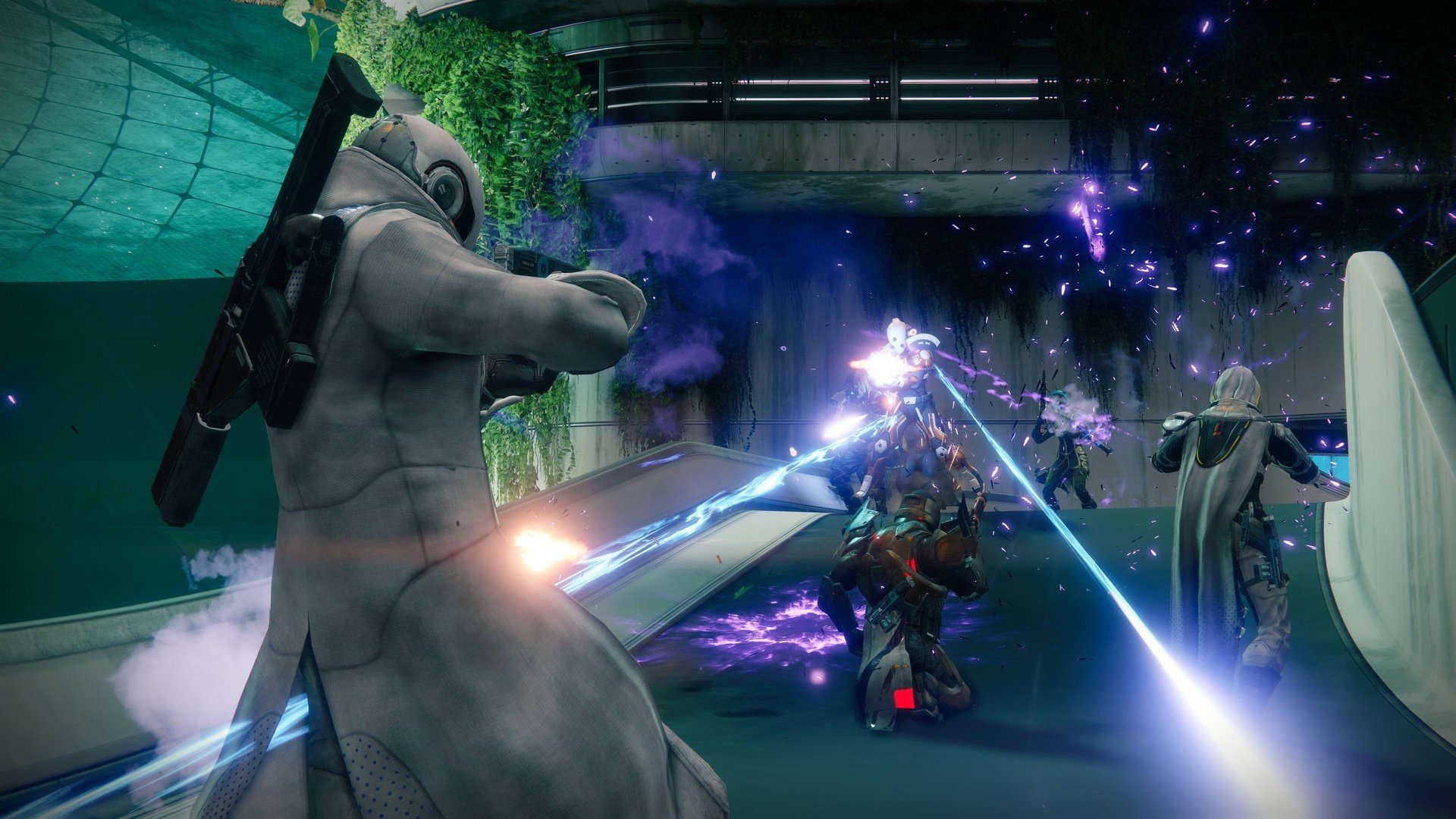 Halo 5 free to play this weekend with Xbox Live Gold

Jump back into the Chief and Cortana's latest outing.

Bungie has announced a massive overhaul of Destiny 2 that will shift the balance of endgame grind away from the microtransaction-tainted Eververse store and restore 6v6 play to competitive multiplayer, among a host of other changes.

"We recognize that the scales are tipped too far towards Tess at the moment, and Eververse was never intended to be a substitute for endgame content and rewards," game director Christopher Barrett wrote in a development update blog.

As a result, Bungie will be "shifting the balance of new content in favor of activity rewards over Bright Engrams. This includes adding Ghosts, Sparrows, and ships (to date found only in Bright Engrams) to achievement reward pools. We'll provide a gameplay path to earn Bright Engrams and all contained rewards (including Event Engrams). We’ll give players more direct purchase options and make adjustments to Bright Engrams to allow players to get the items they want more often." These changes will be in "upcoming Seasons".

The return of 6v6 - another big community concern - was mentioned with less ceremony, but will please fans nonetheless. "We’re bringing 6v6 PvP to Destiny 2 in addition to the current 4v4 game modes," Barrett's post noted.

As for XP rates, which was another controversy: "We are still investigating changes to XP earn rates. Our goal with any updates to XP are transparency and consistent XP gain regardless of your preferred activity. Right now, it’s too slow in general and lopsided towards grinding specific activities (which is not a fun grind) and we want to fix that without making those activities low value to players who aren’t grinding them (fairness is cool). Our first attempt turned out to be unworkably buggy so we’re having to investigate other angles. We will continue to update you as we move forward."

Barrett's lengthy blog post also included a ton of other announcements about what is on Bungie's development roadmap, so we encourage you to read it in full to get all the nuance, but here's a summary.

There will be a January 30 update for all players, introducing Masterwork Armor and overhauling Raid rewards. Iron Banner will be back in the rotation on January 30 as well, with Faction Rallies returning beforehand on January 16.

Then there will be a substantial February update for all players, which adds Strike Scoring and high-score tables (as well as removing the time limit mechanic), and introduces "Mods 2.0", described as "a full rework of armor and weapon mods". The February update will also add Quickplay improvements, PC Tower chat, reduce the repetition of exotics in consecutive drops, and allow you to see where Fireteam members are on the Destination map.

Looking further ahead, Barrett said Bungie was "taking the time we need in development of Expansion 2 that will allow us to react to player feedback from Curse of Osiris" and that we'll hear more about that in "the coming months". There will be a bunch of other stuff happening in the meantime though, including Crucible improvements (and the long-awaited Private Matches). Barrett even talked about stuff happening further down the road than that, including more Vault space (50 more slots), Masterworks Exotics, and a bunch of other stuff.

Overall it sounds like there will be plenty of reasons to keep checking in on Destiny 2 in the months ahead, although uncharitable fans frustrated by the last few months since launch have already pointed out that many changes will simply bring the game closer to what they already had at the end of Destiny 1.

It certainly seems clear that Bungie has a long way to go to earn back trust from some of its most devoted fans, even if plenty of people are also happy with Destiny 2 as it stands. Hopefully the new spirit of heightened transparency and the sheer breadth of adjustments will go some way to doing that.