How to trade in Wolcen: Lords of Mayhem

Swap out that unwanted loot by learning how to trade in Wolcen: Lords of Mayhem. 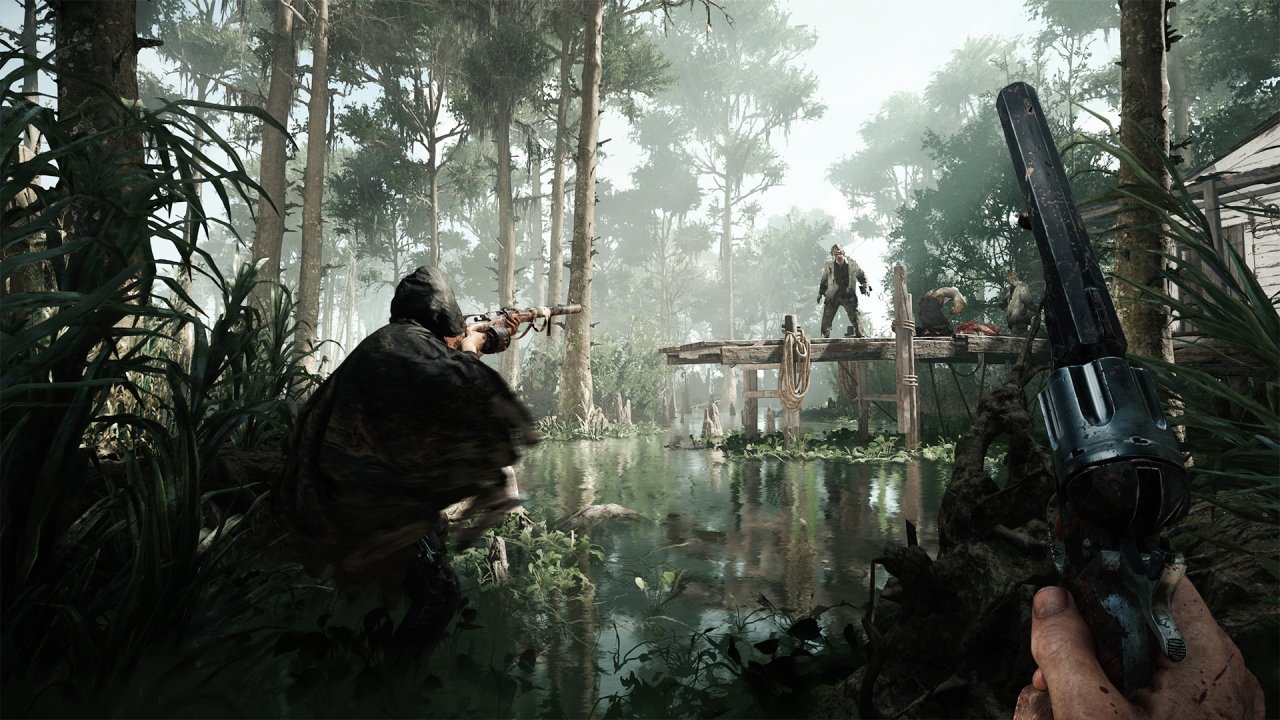 How to Aim Down Sights in Hunt: Showdown (ADS)

How to heal in Hunt: Showdown

Find out how to heal in Hunt: Showdown so you can keep you and your teammate's health as high as can be.

How to Aim Down Sights in Hunt: Showdown (ADS)

In most shooters, aiming and firing is as simply as two clicks of the mouse. Who even needs a keyboard? Hunt: Showdown players, that’s who. To aim down sights in Hunt: Showdown you need to ready your weapon using right-click, then press Shift to ADS properly.

Instead of making you aim down sights, pressing Right Click will instead ready your weapon, allowing you to hip fire it in Hunt: Showdown. From that position you’ll then need to aim properly, bringing your weapon up for a shot. It’s a little clunky at first, but we’re pretty sure Crytek was aiming for a style of gunplay that involves less of Call of Duty or Apex Legends’ rapid hopping around and flickshotting. Shooting should be a definite choice, and require patience and precision. Here’s a summary of how to ADS in Hunt Showdown again:

Mixing Shift into the aiming controls is a little weird in our books, so remember that you can rebind the buttons from the game’s control menu. We suggest sticking the aim or ready weapon commands onto spare mouse buttons if yours has any. Many players prefer to swap ADS to right mouse, and ready weapon to a different key.

How to toggle Aim Down Sights in Hunt: Showdown

Another big complaint in Hunt: Showdown is the need to hold the aim down sights command. If you prefer a single press to set you up for shootout, you can swap to toggle Aim Down Sights in Hunt: Showdown by opening the Options menu and looking in the Game tab. Here you should also be able to swap Sprint to a toggle command as well, if you’re a toggle person in all situations.

And there you go, you know how to Aim Down Sights in Hunt: Showdown, as well as how to toggle ADS! Get your controls set up as you like, and you’ll be outgunning monsters and players like nobody’s business. For more Hunt: Showdown content, why not take a look at our list of all Bosses in Hunt: Showdown, or our guides on how to heal and how to get Blood Bonds so you know who you’ll be putting those quickfire skills against.