Get ready for a busy month of gaming in March. 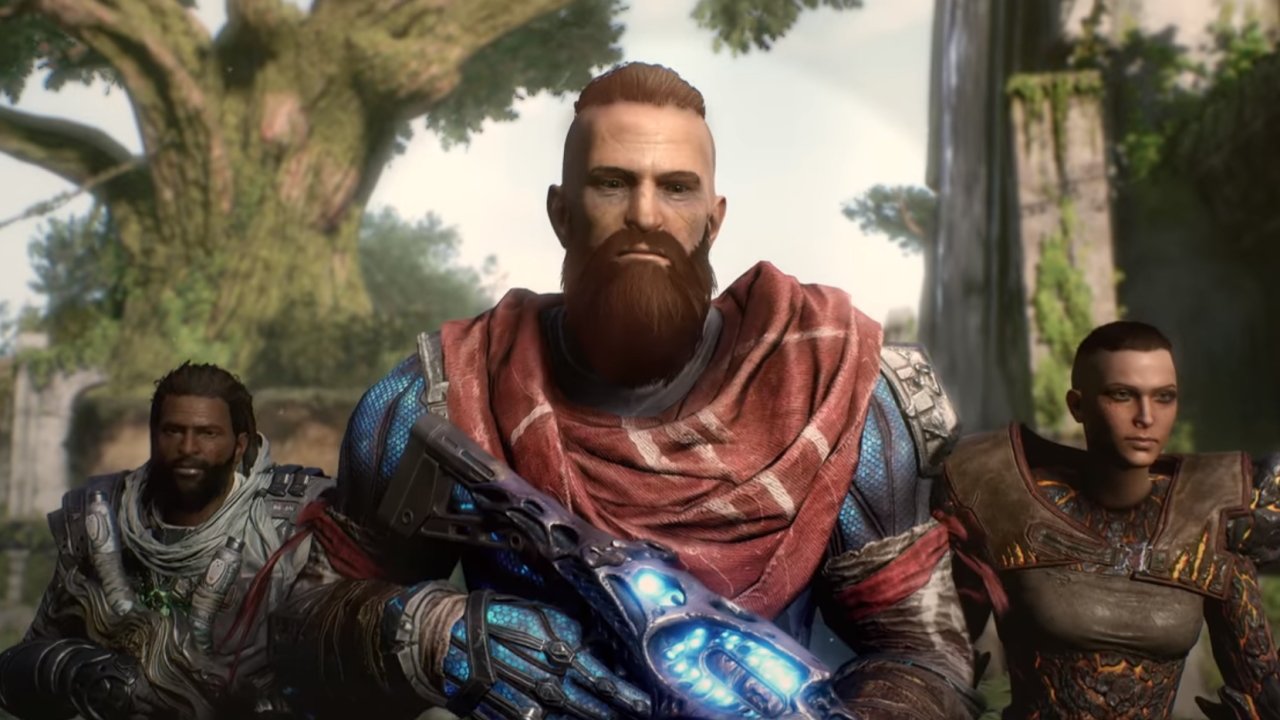 Outriders' NPC characters are going to be a big deal

The Valentine's Day research tasks for Pokemon Go bring pink Pokemon to the fore as Audino and Alomomola join the game.

When we got out first glimpse of People Can Fly’s Outriders, we thought it was following in Gears of War’s thumping footsteps. A second look revealed a far more Destiny-like concept, with players running in teams through a sci-fi alien world. What we didn’t realize however, is how much of an RPG Outriders would turn out to be as well.

Outriders is the first title from People Can Fly following their split from Epic Games. Set on an alien world, you play as an Outrider, a human powered up by a mysterious anomaly that broke a lot of your people’s technology, but also powered you up with supernatural abilities.

Polish studio People Can Fly is best known for their shooters, but in the reveal livestream last night, the focus was largely on story and RPG elements within the game. You’ll be able to team up with your mates to gun down alien monsters, sure, but you’ll also be upgrading your character through different class skill trees along the way. Exploring settlements filled with NPCs, you can pick up side quests to help the colonies stranded on this alien world as you hunt for a mysterious signal that emanates from somewhere on the planet.

If RPG fans had begun to prick up their ears at the mention of skill trees, one question that’ll be hot on their mind are companions. With the story such a big focus, who’ll be joining us as we explore the planet? It's not quite clear yet if NPCs will be able to join you on missions in the way online players can, but we're hoping so for the solo gamers of the world.

Speaking with Prima Games, People Can Fly was reticent to reveal too much about the NPC crew you'll build up over the course of the game, but that’s not because there isn’t much to say.

“You’ve only scratched the surface of the characters in this game,” People Can Fly said in the interview. “A lot of the story is going to be about who you go on this journey with and as you take this quest, this adventure, your convoy, your caravan of people is going to grow.”

This is all suddenly sounding a lot more Mass Effect-like, which is no bad thing in our Garrus-loving books. Does that mean we’ll be able to romance any of the other Outriders joining us on this journey? Sadly, that much People Can Fly weren’t willing to divulge that much. It’d be a nice addition, but we can also imagine it being a little awkward for your real-life buddies to wait while you devote time to a virtual companion. Ahh, video games.