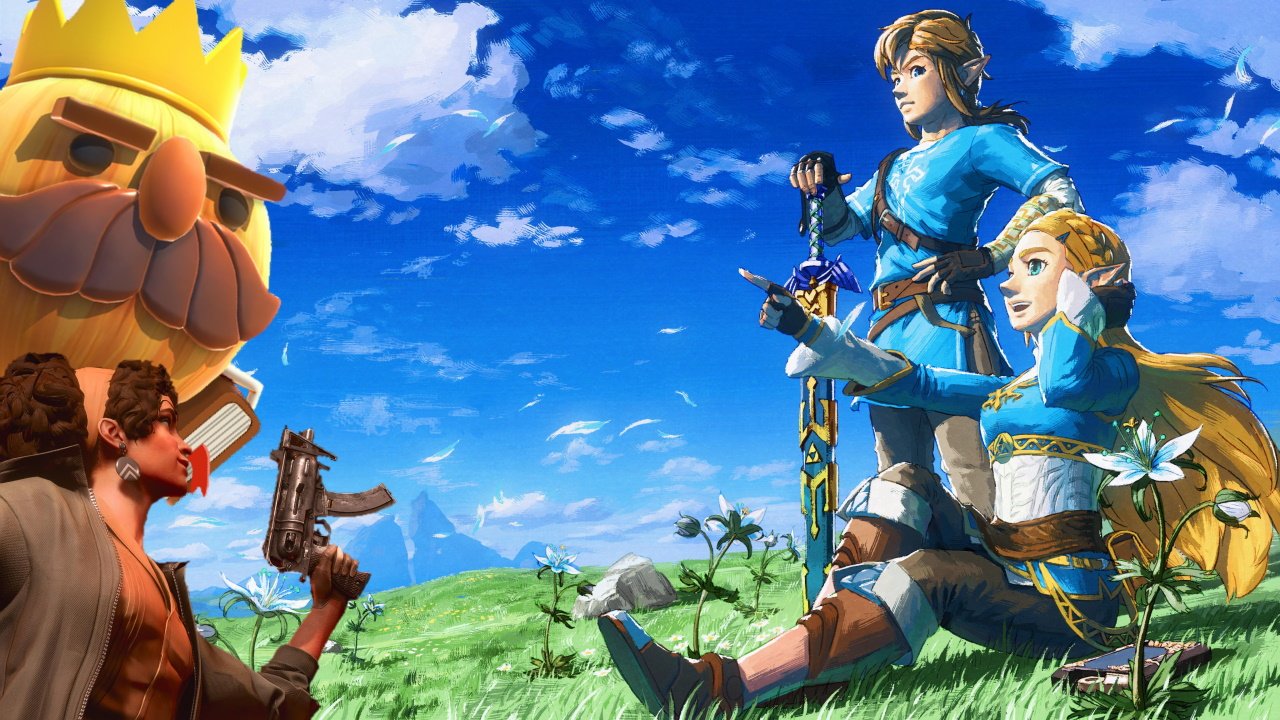 Valentine’s Day is usually intended as a time to proclaim your love for one another through romantic gestures. Before you go splashing out on a trip abroad though, you should definitely make sure that you’re right for each other.

Chances are, if you’re reading this then both you and your significant other are into video games. That’s ideal, because we’ve compiled a series of gaming challenges that’ll put your relationship’s co-operative skills to the test. Forget Valentine’s Day, because it’s time for Challenge-tine’s Day. Okay, that one worked better in our heads, but it's too late to focus on our mistakes because here comes the ultimate gaming couple’s Valentine’s Day challenge!

And if you're lucky enough to have found your Player 2, or just want to treat Player 1, all this month you can get great deals on HyperX gear in the HyperX Valentine's sale.

Overcooked! All You Can Eat: Three-star a full world

With a group of four, Overcooked is hilarious chaos, with food flying each and every which way around a kitchen as frying pans catch fire and dishes go unwashed. Reduce the player count down to two, however, and suddenly you’ll find yourselves with an awful lot more room in the kitchen.

Success in two-player Overcooked requires careful delegation of duties. With only two pairs of hands to work with, you’ll both need to know exactly what you should be doing at any given moment. And yes, just like real life, you’ll probably need to share the washing up.

Here’s our challenge for you: pick any Overcooked! All You Can Eat world and earn three stars on each and every level. Each mission is only a few minutes in length, both those restarts quickly add up when something goes wrong. Will you fall into anarchy or band together successfully, assigning one player as chop master while the other fries and delivers? It’s time to don those aprons and find out...

House of Ashes: Survive the spooks

So you’ve proven you can work together, but how well can you handle the pressure individually? Cinematic horror title House of Ashes sends a group off ill-fated soldiers tumbling into an ancient Sumerian temple. The bad news? It might be inhabited by gigantic vampire bat monsters. The Dark Anthology Series' brilliant movie mode lets you split control of characters between players in the room. We challenge you to divvy out the condemned cast of this mysterious story and attempt to make it through with each and every member still alive.

Being willing to help each other out is a great start to a relationship. But to prove yourselves as a true power couple, you need to have faith in your solo skills as well. In House of Ashes, you’ll have to watch your partner face spooks and scares alone, doing your best to offer words of encouragement instead of screaming in their face each time a jump scare pops up. If your individual wills aren’t strong enough, you won’t stand a ghost of a chance.

It’s time to ramp up the difficulty. Every single one of Cuphead’s bosses is a pain in the rectum, but we’re reserving a special place in hell for selfish sea-hogger Captain Brineybeard. This bearded boss forces you to keep track of many elements at once, building up the pressure as the fight progresses.

A dropping barrel is joined by cannonballs along the floor, leaping dogfish, summoned sea creatures and Briney’s own shots. And just when you think it’s over, the ship rears up for an aggressive final phase. Captain Brineybeard? More like Captain Brineybastard in our books.

We’ve also picked this particular battle because you’ll be so close to one another that you really don’t have any excuses to avoid saving your partner. This is a co-op challenge remember, so no going it solo! Beat Captain Brineybeard together, or not at all!

Deathloop: Hunt one another in hide-and-seek

What's a relationship without a little strife? Sensible and supportive, probably. But be honest, you're not here for practical advice; you're here for the challenge. It's time to take a break from all that lovey-dovey co-operation to ruthlessly hunt one another down. Deathloop's invasion mechanic makes its island chunks the perfect place to engage in a spot of gun-toting hide and seek.

Colt chooses the level and time of day. Then Juliana invades before disguising herself as an NPC and attempting to blend in. Colt's job? To track her down and take her out as quickly as possible. Time the results, then swap roles to go all over again. You could go in guns blazing to declare your love (and shooting skills), but only if you reckon you'll survive the onslaught of every NPC you alert in the process. Loser has to buy the winner a hot drink of their choice.

Breath of the Wild: The split Joy-Con challenge

This is it, the final hurdle, the ultimate test to see just how well you can co-operate with your valentine is... Breath of the Wild? That doesn’t seem so tough, but as you might have guessed, there’s a catch: You’ll be playing with one Joy-Con each. The Nintendo’s Switch’s detachable controllers are typically reserved multiplayer games like Snipperclips or Mario Party, but they also serve as an ingeniously cruel way to play single-player titles as well.

With one player behind Link’s movement and the other taking control of camera and attacks, you’ll soon discover just how different your preferred playstyles are. You might want to line up bomb arrow shots from afar, but that won’t mean a thing if your partner decides to charges headlong at that Lynel in the distance.

Breath of the Wild is a long old game, so our challenge to you is this: Beat a Divine Beast while playing with these controls. Which one you fight is up to you, but we don’t recommend Vah Naboris - that oversized camel is meeeean. Good luck, and try your best to resist that urge to snatch the other Joy-Con away.

Reckon Breath of the Wild is too easy? Try beating Dark Souls Remastered’s Gargoyles with the same setup then. We dare you. We weren’t quite sadistic enough to include it on this list, but if you’re feeling cocky then be our guest.

Survived? Congratulations! You’re officially an AllGamers Recognized Power Couple (not an official award). What can you do with such a title, you ask? Not much, we’ll be honest, but we hope you had a wonderful Valentine’s Day nonetheless. Here’s to another year of gaming together!