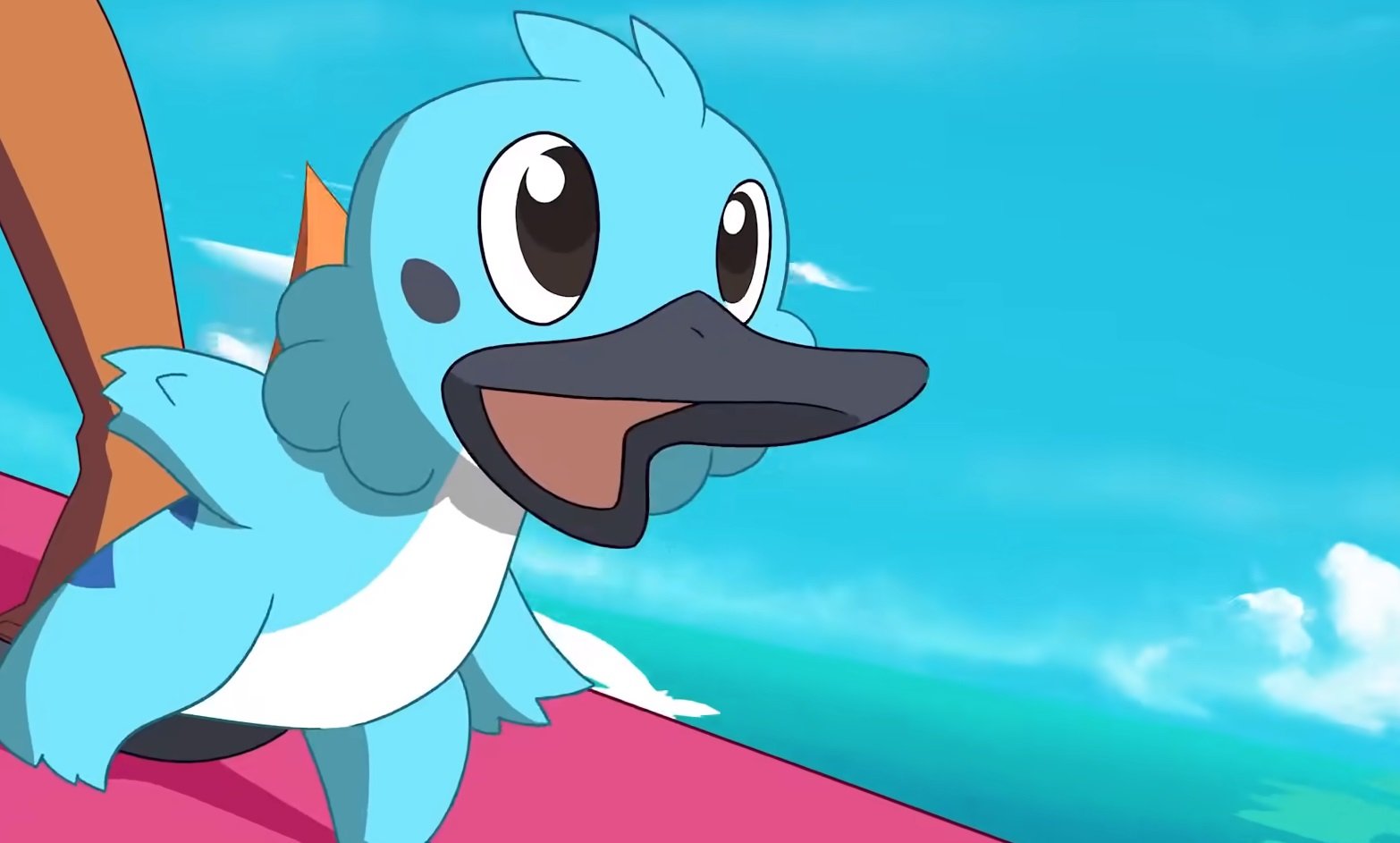 Leopoldo Spagna aka 50shadesofHeliolisk is a skilled Italian artist known for his stylish Pokémon fan art and is responsible for a 'leaked' image of the Pokémon Sword & Shield starters which garnered quite a bit of attention back in 2018. The 'fakemon' starters he created were so convincing that games media and Pokémon fans quickly latched on to the designs with the hope that they were, in fact, legitimate.

"I expected that there would be at least a bit of a stir, but initially everything was keeping up to my expectations." Leopoldo commented. "What really surprised me was the speed with which the news grew immediately afterwards."

When asked about his motivation for creating his own Pokémon Sword & Shield starters, Leopoldo replied: "It was one of those things I've always said to myself, 'It would be a lot of fun to try once.' The period between the release of Ultra Sun and Ultra Moon and the announcement of Let's Go, Pikachu and Eevee was really full of anxiety and leaks, so I simply took the ball."

18 months after Leopoldo's art went viral, the official Pokémon Sword & Shield starters were revealed. Surprisingly, the Grass and Fire-type starters looked remarkably similar to what Leopoldo had designed. The only one that differed was the Water-type, which Leopoldo rendered as a blue platypus.

"I was obviously surprised, but modestly it made sense," Leopoldo explained. "I hadn't come up with those designs by chance, but I had been thinking for a long time about what the most likely choices Game Freak could have made based on their past working method. I was satisfied that I guessed it almost entirely."

Streamer PokéNinja went on to purchase the rights to Leopoldo's bunny design for use in a project they're working on called SnapBeasts.

The Kickstarter for an emerging Pokémon-like indie game, Temtem, launched a few months after Leopoldo's 'leaked' Pokémon starters went viral in 2018. At Temtem's highest Kickstarter tier, priced at $6,000 (USD) and limited to four backers, an opportunity to create a custom Temtem design for use in the game presented itself.

"Help us design a Temtem. Send us sketches and work with our art team to create a Temtem and help us brainstorm its name," the tier description reads. Other tier benefits include offers from previous tiers like becoming an NPC and helping Crema design a Route in Temtem.

After falling in love with Leopoldo's 'fakemon' platypus, streamer PokéNinja decided to spend the full $6,000 and send the design over to the developers at Crema.

"The highest reward in the Kickstarter allowed the donator to include a design of his/her own into the game. This streamer called PokéNinja paid the highest amount, so he got [Crema] negotiating with me for the rights on the platypus’ designs," Leopoldo confirmed.

Despite having a goal of $70,000, Temtem managed to crowdfund a whopping $573,940 on Kickstarter thanks, in part, to generous backers like PokéNinja. Curious as to what compelled them to support Temtem and help bring Leopoldo's 'fakemon' to life, we reached out to PokéNinja on Twitter to learn more about their unique role in the Platypet's addition to Temtem.

"When I saw the Platypet design as a fake starter leak for an upcoming Pokémon game I quickly fell in love with the design. It was potentially my favorite starter design ever, then it was revealed to be a fake and I was bummed at the opportunity to have it," PokéNinja explained.

"Temtem was able to give myself and every Platypet fan around the world an opportunity to have that dream come true, and so I backed the spot after talking it over with Crema and the designer. It’s been unreal seeing Platy become such a fave amongst the community and I’m really hopeful for the direction of this game and all that can happen with the character."

Not only did Crema add Leopoldo's platypus, they also incorporated several of Leopoldo's ideas, including having Platypet be a cross between water and poison (in Temtem, it's a Water and Toxic-type). For Platypet's lore, Leopoldo says they "practically had carte blanche" and that he likes the direction in which they chose to take the creature's backstory.

Following the game's Early Access release, Platypet went on to become one of the most popular Temtem thanks to its adorable design and stylish evolutions. When asked, Leopoldo confirmed that Crema has not asked him to submit any other designs.

Judging by the overwhelmingly positive response to the Platypet's design, we personally feel like Crema should consider calling upon Leopoldo in the future.

Inquiring as to whether he'd ever create character or creature designs for other gaming companies, Leopoldo replied: "Actually, I already did, but I'm not allowed to go further in detail." He went on to say that his goal would be to work for Game Freak, but that "there is still a long way to go."

Outside of the fact that Crema added a 'fakemon' to Temtem, the game has garnered numerous comparisons to Pokémon, and it's not hard to see why given the similarities between the two properties. With Leopoldo being a huge Pokémon fan, we were curious what his stance on the game is and whether he thinks these comparisons between the two games are fair.

"I think it's a thorny topic. I think it will make a difference how Temtem, starting from the Pokémon skeleton, will be able to diversify to have its own identity. A more solid one," Leopoldo said. "The similarities with Pokémon in particular, compared to other monster collectors, are undeniable. It all depends on how they will manage to handle it and evolve further."

Leopoldo has yet to create fan art for Temtem like he has for Pokémon, though he's posted some phenomenal art outside of Pokémon for anime like One Piece and character designs like Akali from K/DA. When asked what his all-time favorite Pokémon is, Leopoldo pointed back to the Pokémon in his username, Heliolisk.

"My favorite Pokémon is Heliolisk, and my favorite Gym Leader is Piers from Sword and Shield. Unfortunately, although I have Heliolisk’s [art], I haven't made [art for] Piers... yet."

Leopoldo told us that while he opened up his Facebook page six years ago, he's always been an artist. He also likes posting his art to Twitter given how easy it is to have his designs seen by large quantities of people.

"I’m mostly active on every social, but in the last period, I started posting more [work-in-progress] stuff on Twitter."

He says that he primarily creates art digitally, but will make pen sketches and color sketches with copics on occasion. Leopoldo also has regular commission periods, so if you're eager to commision a piece from him, you should follow him on the following social media channels:
Instagram
Facebook
Twitter

We want to thank Leopoldo for speaking to us about art, Pokémon Sword & Shield leaks, Temtem, and more. We highly recommend following him on social media to catch all of his latest designs as they're truly amazing. And, If you want to see one of his creations in action, you should check out Temtem and catch yourself a Platypet!