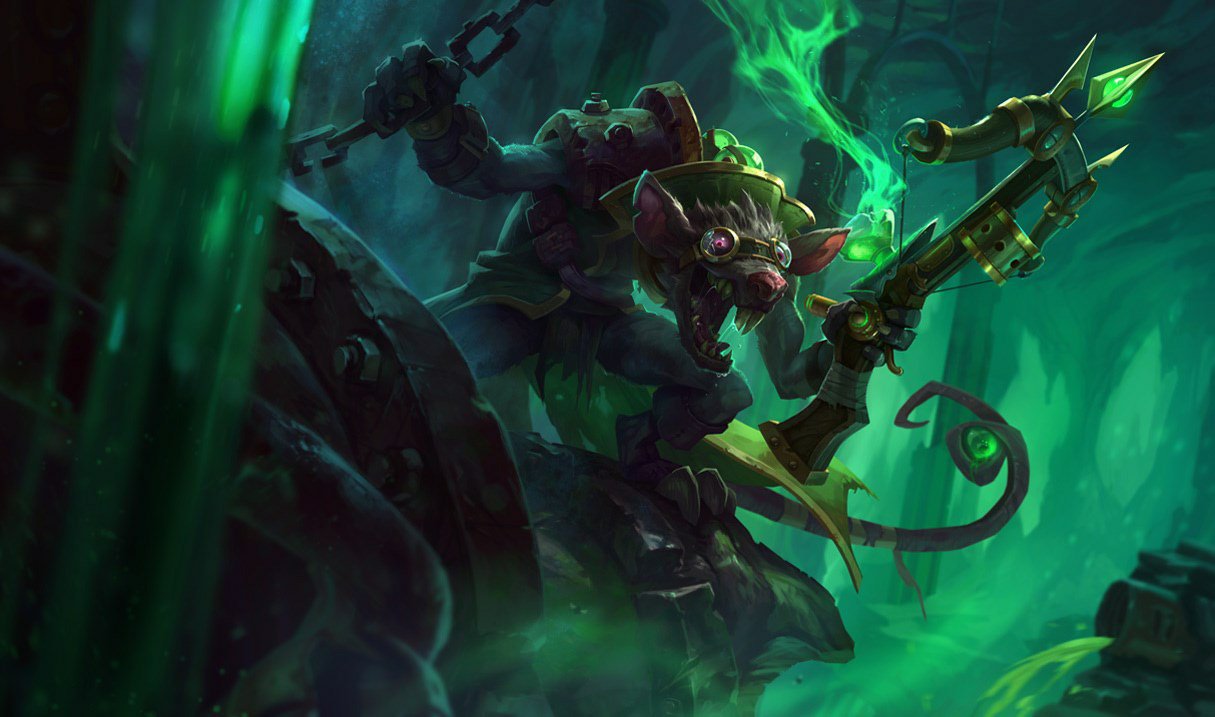 Happy new year! 2020 might have started a month ago, but the lunar calendar is just ticking over into an auspicious new year, the Year of the Rat! Along with a new moon, the changing of the Chinese zodiac brings with it a fresh start, and good fortune to those favored by its rodent mascot. This year's changing of the zodiac coincides with the return of the League of Legends Championship Series, and with 2020's Year of the Rat being a golden metal year in the elemental calendar, there are surely some good fortunes to be had by certain pros. We've dug through the books to find fellow Rats who are destined to have a lucky year, and of course we had to choose 8 of them to keep the prosperity flowing, so rejoice if you're a fan of any of the following.

Born at the start of 1996's Year of the Rat, Bjergsen has already had a storied history in League of Legends esports. Though Team Solo Mid has struggled to find success in the past couple of years, all signs indicate that 2020 could be a strong return to form for the NA champs, and with Bjergsen signing on to a two-year contract with part-ownership of the club he's made home, this could be a lucrative year indeed. A gold metal year means coins, baby!

As with all Rats born during 1996 – a fire year – Kramer possesses great discipline. Now into his second year serving LGD Gaming, the AD Carry will be looking to improve on the team's disappointing LPL summer performance last year that saw them fail to qualify for the Worlds playoffs. Could this be the year that Kramer and LGD shake off their negative win rate in regulation play? Only the stars can decide! (And the skill of several team members working together).

This year marks a fresh start for former SKT ADC Bang, after last year's less-than-stellar performance with 100Thieves. Might the move to Evil Geniuses, themselves making a fresh bid to re-enter the League scene, be enough to spur him on to reclaim greatness? Given his support counterpart Zeyzal was born in the Year of the Rabbit, a zodiac Rats are famously compatible with, we're willing to bet the wheels of fate have turned Bang's way.

Origen have opened up this year's LEC season with a solid three wins, hoping to brush away the bitter defeat at last summer's Regional Finals that saw them miss out on a trip to Worlds 2019. In 2018 the Riot broadcast team began proclaiming that it would be the "Year of the Duck" as Nukeduck was performing incredibly on Schalke, almost carrying them to a World appearance. But, as we know, that's not his year, this is! The mid-laner has been referred to as the best European to never lift a trophy, let's see if all it takes is some help from the fates to make it come true.

100T have had a mixed couple of seasons, but after being bumped to the academy squad last summer Ssumday didn't let it keep him down. Leading them to victory in the Summer Playoffs, he's back on main and ready for top lane. Rats are said to be quick-witted, resourceful and smart, though lacking in courage. But those born during elemental fire years, like Ssumday, are also brave and energetic. Perhaps being more opportunist than headstrong could be the approach to winning his match-ups this year.

Fired up from just missing out on a top 4 finish at Worlds 2019, Rekkles is back carrying for Fnatic this year. Can he help lead the team back to the successes that brought them to the Worlds Final in 2018? The hard science of Chinese astrology says: yes. The luckiest months for Rats are the second, fifth and ninth months in the lunar calendar, and Worlds 2020 could just fall into that ninth month. Fate? Perhaps. Coincidence? Absolutely not, what do you think this is, a rational world?

The Misfits mid-laner may have used up all of his luck in 2015 when he solo killed The Demon King himself, Faker, twice during their MSI clashes. However this year the stars have aligned to give him another chance at the perfect year. Misfits are currently on mediocre form in the LEC Spring Split, with two wins and two losses, but those two losses were before the lunar new year began, and perhaps it takes a while for the Year of the Rat powers to kick in! Watch them go unbeaten for the rest of this season now!

Off to a bit of a rocky start to the year, some of Pobelter's luck is starting to come into play already. The last-minute approval of team-mate Broxah's visa allows Pobelter to step back from the substitue Jungler position and take his place as the positional coach. His extensive experience with Team Liquid should give him a familiar surrounding for the new role, and the Year of the Rat buff could do wonders here for a quick-thinking former player dubbed the 200 IQ Mid. Many of the best occupations for Rats suggest managing and directing roles, meaning Pobelter and his big brain could be well-suited to his new place in the org.

Of course, not all of our Rats can have a good year, as they'll eventually cancel each other out, but who are you hoping to have good fortune in League of Legends during the Year of the Rat?