Are we about to learn more about CD Projekt Red's next game? 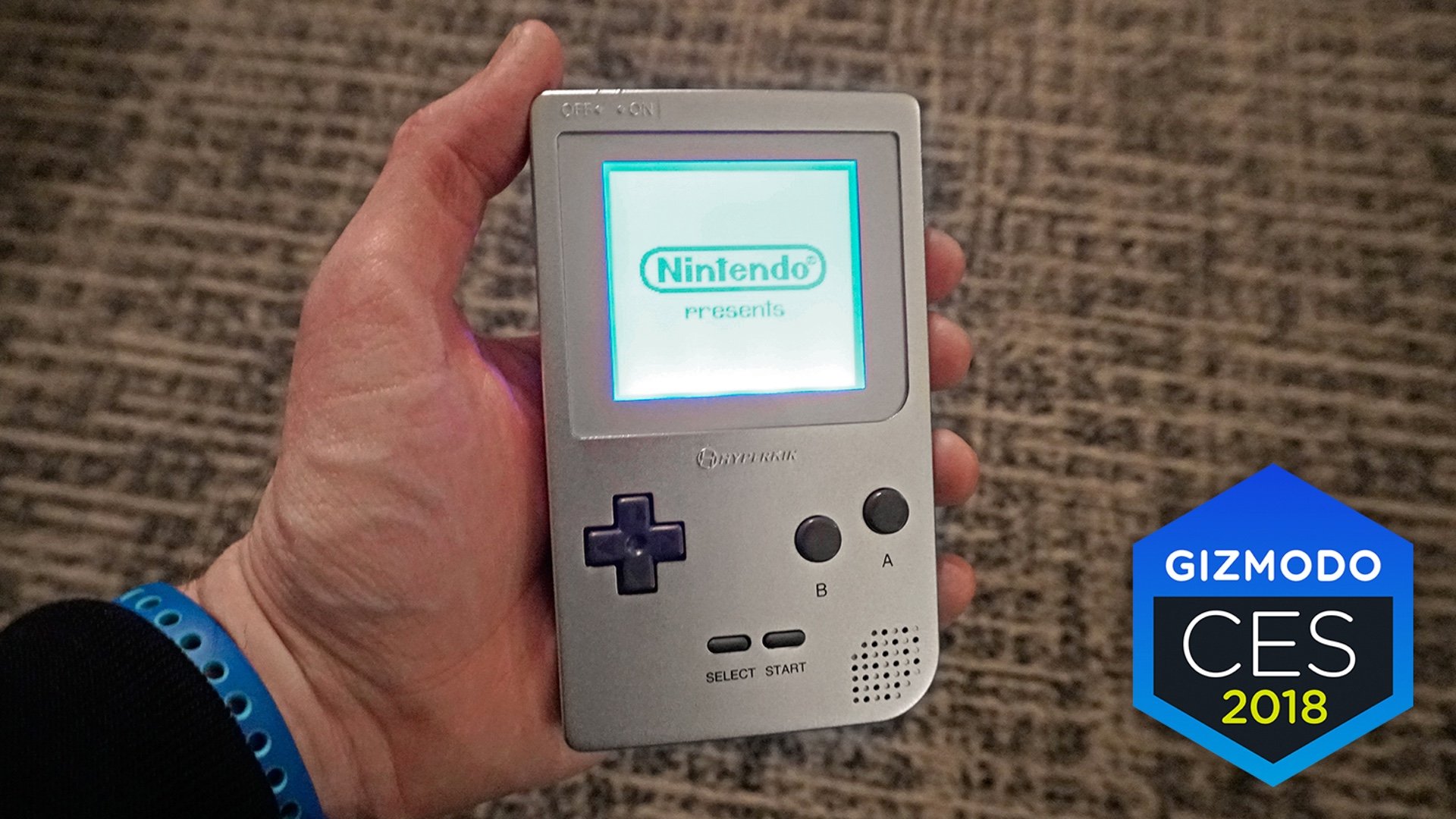 With strong showings from Gang Beasts and Battlefront 2 as well.

Retro console hardware manufacturer Hyperkin is turning its attention to the venerable Game Boy for its next flagship release, which features a backlit LCD display and six-hour battery life, and is compatible with all your dusty old Game Boy games.

Dubbed the Ultra Game Boy for the time being, the new handheld is being shown off at the Consumer Electronics Show in Las Vegas, and gadget site Gizmodo managed to get their hands on it to see what the fuss is about.

Judging by Gizmodo's report, the Ultra Game Boy looks and feels like a Game Boy - or possibly a Game Boy Pocket - with a few important tweaks. For one thing, it's housed in a rather fetching aluminum shell, rather than the original plastic, which Gizmodo reckons gives it "a wonderful heft". It also has a rechargeable internal battery good for six hours of play, and you can top it up through a USB-C cable.

Most critically, the screen is now a backlit LCD affair, and the final model will have a third physical dial (in addition to volume and contrast) to adjust the display "through the entire RGB spectrum", which sounds like a swell way to keep your eyes comfy while they stare upon those simple 80s visuals. The backlight can also be turned off if you want to experience that authentic Tetris headache.

Finally, Hyperkin has also upgraded the Game Boy's audio output with stereo speakers and left/right audio connections. This is obviously overkill for OG Game Boy games, which are all mono, but should appeal to chiptune musicians.

The Hyperkin Ultra Game Boy is due out this summer for under $100.

Oh, and if you've never heard of Hyperkin and you're curious about the company's bona fides, you can check out more of its products at hyperkin.com. Famous creations include the Retron series of consoles, which play original game cartridges for a variety of consoles through HDMI output, and - our personal favorite - the Hyperkin SupaBoy, which is a handheld multi-region Super Nintendo.