How to make Teh Tarik in Coffee Talk

Keep your customers happy by learning how to make Teh Tarik in Coffee Talk. 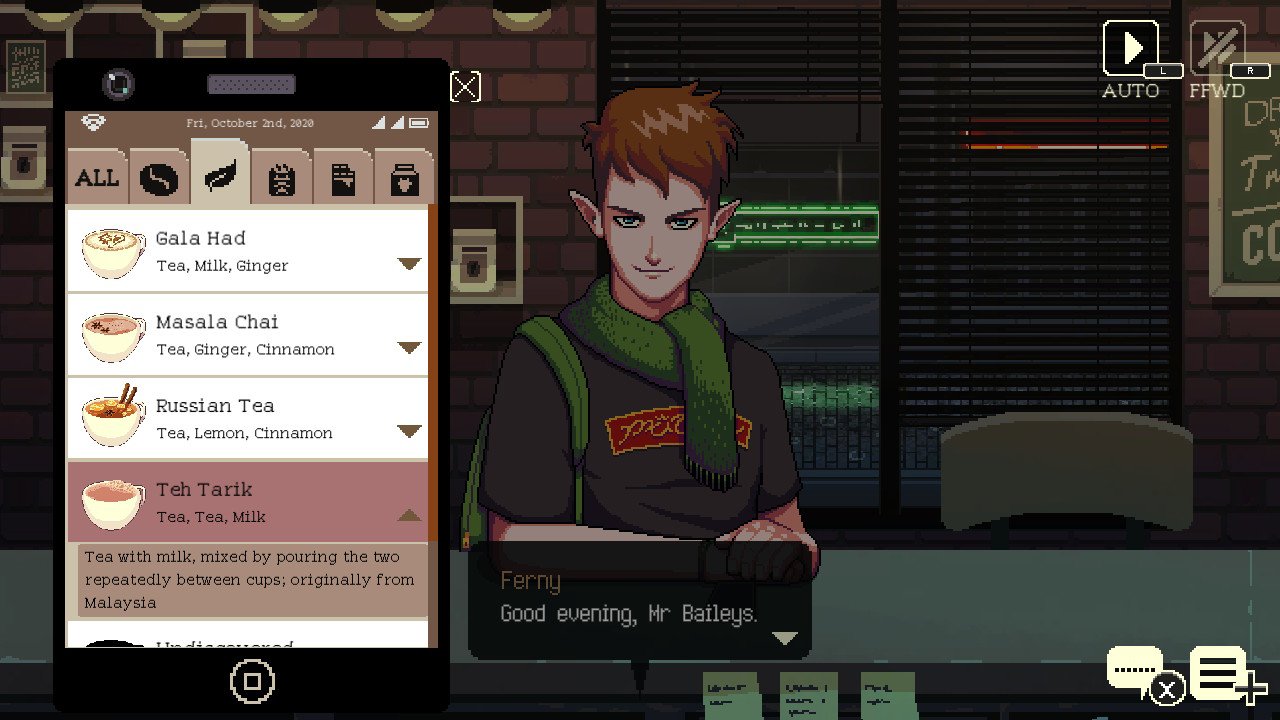 All drink recipes in Coffee Talk

How to make Spanish Sahara in Coffee Talk

Treat your customers and yourself by learning the recipe for how to make Spanish Sahara in Coffee Talk.

Ooh, there’s not much better than a warm drink on a cold day, but while we’d be satisfied with a nicely brewed cup of tea, the patrons of Coffee Talk after after a whole lot more. You’ll start off Coffee Talk with a few drinks in your Brewpad app recipe list, but if you want to raise your friendship with everyone who stops by, you’ll need to learn a whole lot more. Fortunately, we’ve been working hard on putting together a list of all drink recipes in Coffee Talk.

All drink recipes in Coffee Talk

Coffee Talk features named drinks from all over the globe, with a penchant for beverages popular in developer Toge Productions’ home of Indonesia. Discovering each one by messing with ingredient combinations is fun, but sometimes you just want to know how to make the drinks your customers are after, and that means a drink recipes list.

We’re putting together a list of all drink recipes in Coffee Talk as we find them, and below you’ll be able to see all that we’ve discovered so far. Remember, don’t go serving these drinks to just about anyone, you should definitely try and fill the orders you’re asked for. With that in mind, here are all the drink recipes in Coffee Talk, split by base ingredient (Coffee, Tea, Green Tea, Chocolate and Milk):

There you have it, a complete drink recipe list for Coffee Talk. Which hot beverage is your favorite? Have you considered making one yourself after discovering it in Coffee Talk? Be sure to let us know. If you’re here then you likely already own Coffee Talk, but you might enjoy reading our review all the same.