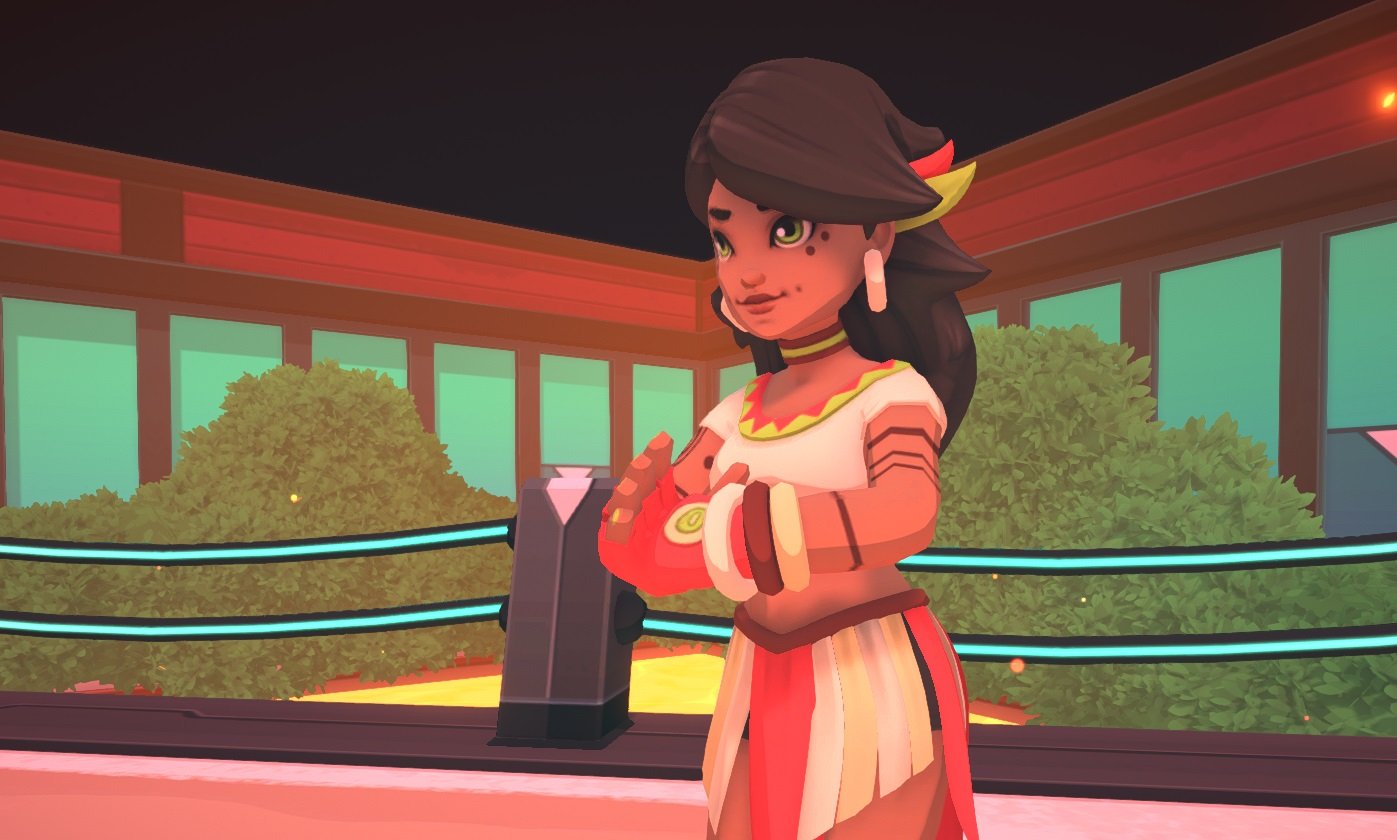 In Temtem, your third Dojo Leader battle is against Rawiri, a mixed Tamer. To be able to fight Tihani, you’ll need to return back to the Myrisles to Nanga. There, you’ll find Tihani’s Dojo which contains a ton of platform puzzles. To help you prepare, we’ve put together a complete guide on how to beat Tihani in Temtem!

The battle against Tihani serves as your third Dojo Leader battle in Temtem. Technically, it’s the first Dojo you’ll find after the Airship lands on the Myrisles. However, you won’t be able to challenge Tihani until much later on in the campaign. Inside Tihani’s Dojo, you’ll find similar platform puzzles to the ones in Rawiri’s Dojo, but more of them.

Some of them are also much faster, making timing your movement even more important. You’ll also find a handful of Tamers looking to take you on. Note that it’s worth beating the Tamers on the left and right side of the Dojo before heading straight towards Tihani. In doing so, you’ll be able to pick up useful items including TC006: Magma Cannon.

With Magma Cannon, you can use a powerful Fire Type move that Burns for 3 turns. Given that Tihani uses a mixed bag of Temtem, it can be hard to keep the Types you need to use in mind, though there are other ways to prepare. Below, we’ve listed all of the Temtem that Tihani uses, their Types, levels, and the order in which they appear.

As you can see from Tihani’s team in Temtem, she primarily uses a mixed bag that leans towards Wind and Nature Types. Because Tihani uses Temtem at Lv. 31 through Lv. 38, leveling up your Temtem to these levels is strongly recommended, even if you have a Type advantage. Keep in mind that Kinu is Tihani’s strongest Temtem.

Not only does it have powerful Mental moves like Beta Burst, it also has an annoying Nature move called Lifeful Sap that heals 10% of the Temtem’s HP over 7 turns. Because of this, we recommend focusing Kinu if you can. We also strongly, strongly recommend bringing a plentiful supply of Revives and Balm+ with you.

To help with Type advantages where possible, we’ve listed the Types that are effective against Tihani’s group of Temtem.

Judging by the weaknesses above, your best bet to take on Tihani is with one or more strong Electric Types along with a few Fire Types. To handle Tihani’s Mastione, it may be good to have a Water Type in your Squad as well, though be cautious with this as Water Types will be weak to Tihani’s Nature Types

. If you picked Smazee as your starter, you may want to have it sit this one out as Tihani’s Kinu is extremely effective against Smazee’s Melee Type. If you grabbed Houchic, there’s no real advantages or disadvantages based on its Mental Type. Use at your discretion. Finally, if you picked Crystle you may have a bit of an advantage here as Crystle will work well against Tihani’s Kinu as it’s not only Nature Type, but Mental Type as well.

Overall, Electric Type is the way to go as it was in previous Dojos and boss fights. There are other options, but you’ll absolutely want to have at least one Electric Type in your Squad. Below, we’ve put together a list of Temtem we recommend using against Tihani.

Of the Temtem listed above, we found that Gazuma was the most effective Temtem during the fight against Tihani. We had some extra help from Nessla as it’s both Water and Electric, perfect for taking out Tihani’s Mastione with Water and dealing damage to Tihani’s Ukama and Wiplump. Fire is also a great way to go, particularly Anahir as it’s both Crystal and Fire, the perfect Temtem to defeat Kinu.

By keeping these Temtem in mind, you should be able to defeat Tihani without using up too many Balm+ and Revives. By defeating Tihani, you’ll earn the following rewards:

With Tihani’s permission, you’ll be able to board the Narwhal and continue progressing through the campaign in Temtem.

Now that you know how to beat Tihani, be sure to read through some of our other helpful guides including where to get Nessla in Temtem, how to breed Temtem in Temtem, and how to make money fast in Temtem.