The best puzzle games of the decade

A look back at the greatest video game brain strainers from the last ten years in gaming. 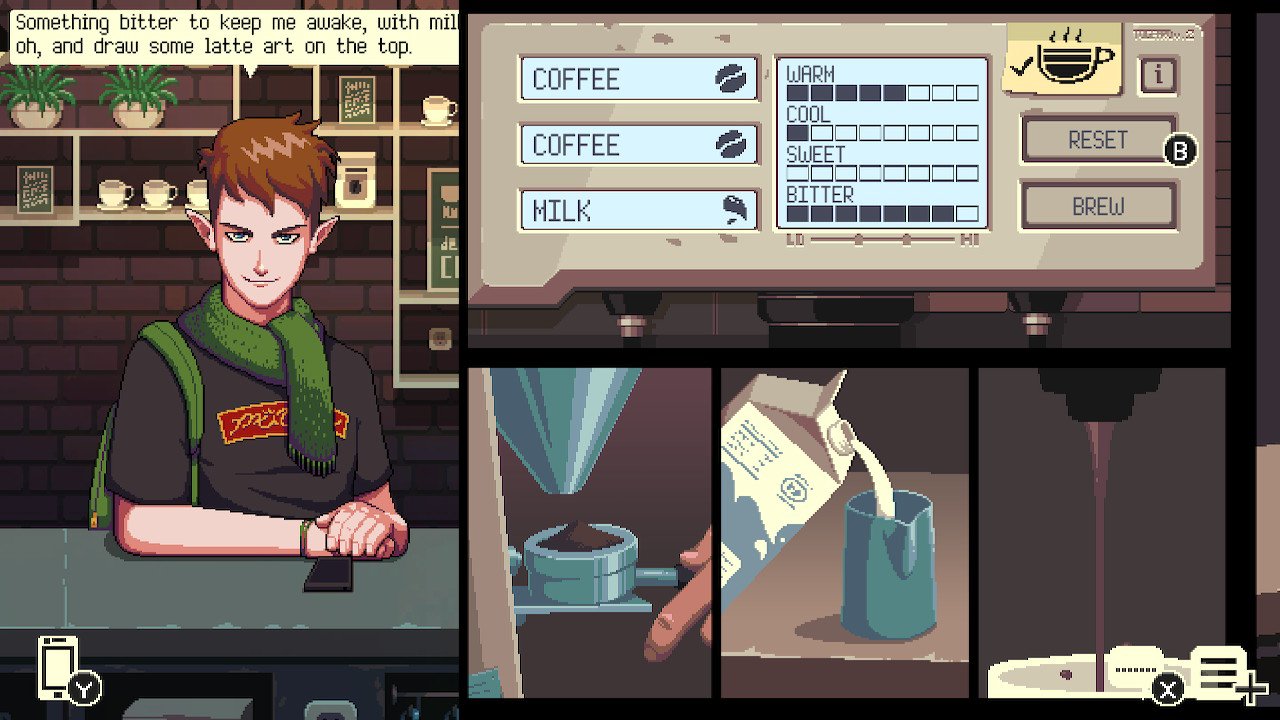 All cheat codes in Warcraft 3: Reforged

Are you an awful orc? If so, reading our list of cheat codes for Warcraft 3: Reforged might help!

If you’re in need of a break from a busy schedule, consider sitting down for the warm delight of Coffee Talk today. Set in a fantastical version of Seattle, you run a midnights coffee bar, dishing out warm saucers to visiting patrons that include vampires, catgirls, elves and more.

It’s an unashamedly relaxed affair, largely spent listening to the conversations about people’s day-to-day lives in a city wracked by racial tensions. You might spend a night listening to an elf and succubus discuss problems with their family, or introduce orc and mermaid game developers to help them network. All while your writer friend captures their stories.

Concocting drinks is as simple as picking three ingredients, and there’s little punishment for failure, though it may result in some less-than-pleased reactions upon first sip. Customers ask for all manner of drinks; often requests are simple, but sometimes you’ll need to experiment with ingredients. You can even work on your own latte art if you like (we guarantee it’ll be better than hours). We’re planning to have a full review up for Coffee Talk later this week, but for now we’re happy to say that several hours in we’re enjoying it so far.

It’s a little bit Midnight Tokyo Diner, and a whole lot VA-11 Hall-A. Oh and did we mention it has a great soundtrack? If you’ve spent any amount of time listening to that lo-fi hip hop - beats to relax/study to YouTube channel, you’ll likely enjoy Coffee Talk’s mix, and the game even lets you pick the music. You do run the store, after all.

Coffee Talk is available now on Nintendo Switch, PS4, Xbox One and PC, available on Steam and GOG for the latter.