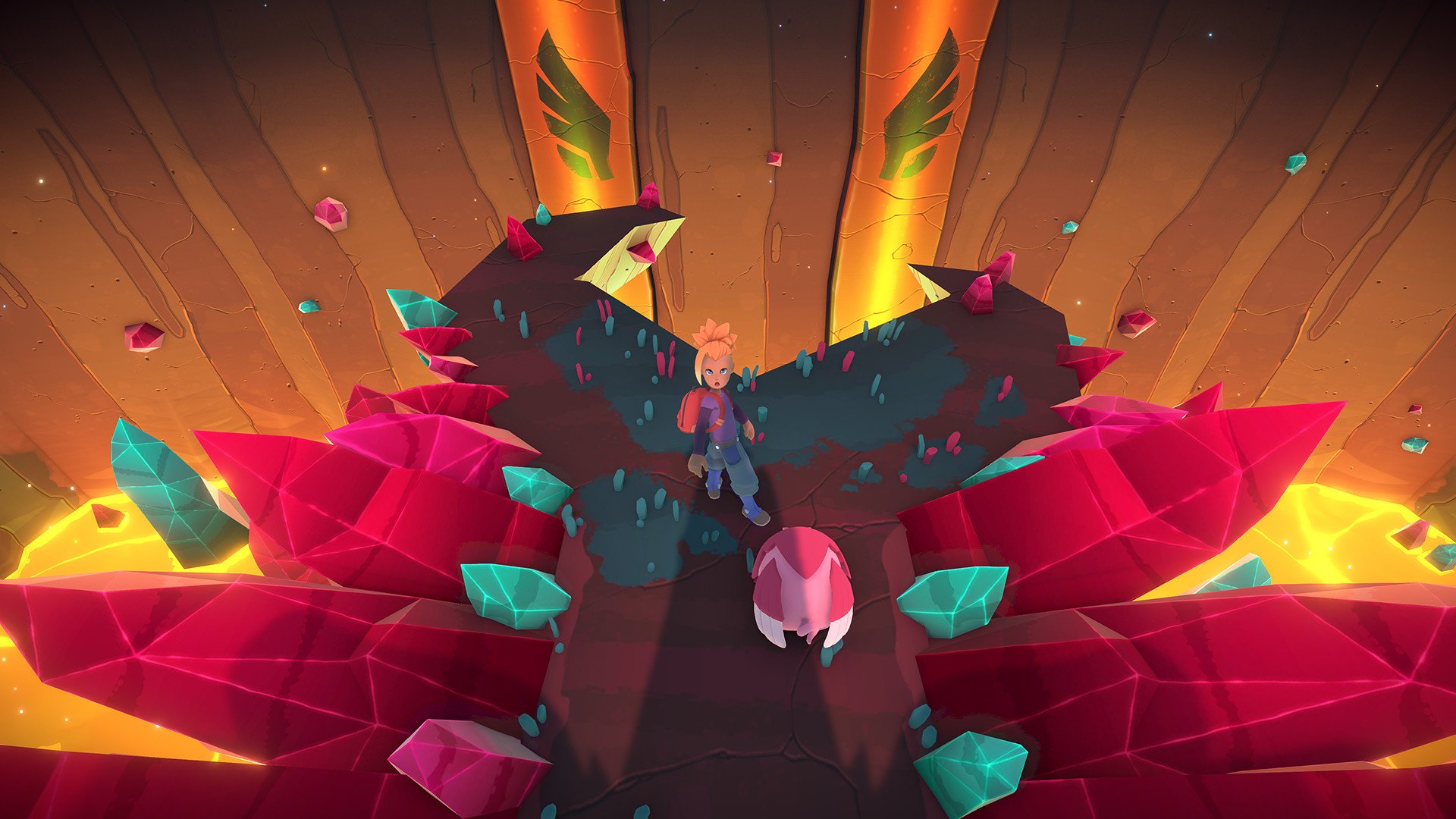 In Temtem, you’ll earn money called Pansuns by doing things like beating Tamers and Dojo Leaders, although many have asked how you can make money fast. After all, you’ll eventually run out of NPCs to take on and Dojos to beat. How are you going to buy more TemCards? Well, fortunately there is one trustworthy system that’s easier to use than you might think!

There are several ways to make money, or Pansuns, in Temtem. Some of them are fast, others slow. The first way you’ll earn money in Temtem is by battling Tamers you encounter. On average, you’ll earn a little over 100 to 200 in Pansuns each time.

You can also earn Pansuns by beating Dojos (you get 700 for beating Sophia), completing certain quests, and by finding items valuable enough to sell. The farther you get in Temtem, the harder it becomes to replenish your Pansuns using these methods. Fortunately, there’s one way that’ll always be available to you called the FreeTem! Organisation.

By capturing and releasing Temtem, you’ll earn Pansuns for each Temtem released. You can release Temtem at any time, either right after you capture them, or from your Temdeck. Once you release one or more Temtem, you’ll want to pay a visit to the Omninesia branch of FreeTem located in the Myrisles on the Canopath near Nanga.

For example, releasing a Babawa at Lv. 20 will net you more money than releasing a Hidody at Lv. 20 because Babawa is harder to catch. To give you an even better idea, we’ve listed the money we’ve earned when releasing Temtem.

If you release multiple Temtem at a time, let’s say you release 5 different Hidody at a time, the game appears to average the levels and capture ratios of each Temtem. Because of this, you can sometimes earn more Temtem currency by releasing valuable Temtem one at a time rather than grouping them in with Temtem of a lesser value. All of the Temtem listed above, with the exception of Babawa, can be caught right outside FreeTem.

As such, if you want to farm near FreeTem, your best bet is to catch Loali as they have a slightly higher value than Hidody, Kaku, or Spriole. You can also send valuable Temtem to your Temdeck while you’re out and about, head back to the HealTem Station in Nanga (near FreeTem) to release them, then visit FreeTem to get your reward.

As a rule, you should catch as many Temtem as you can and as many multiples as you can. Almost all of them will earn you more Pacsuns back than you spend on TemCards as long as you’re not using TemCard + as those should be reserved for high level, rare Temtem, or Luma Temtem.

Doing the math, if you use 1 TemCard to catch a Hidody at Lv. 16, you’re earning 31 Pacsuns for each Hidody you catch at this level. If you catch 3-4 Hidody, you can average 100 or more Pacsuns without having to put in too much effort (especially if you’re farming outside of FreeTem).

To farm for Temtem that will yield the most Pacsuns overall, players have reported that farming Magmis and Mastione near the Anak Volcano is your best bet. Other things to note when it comes to FreeTem are the bonuses you get for releasing a total number of Temtem.

This doesn’t mean you get more Temtem currency for releasing 5 or 10 Temtem at a time – believe us, we tried – but rather you get bonuses for releasing a general amount.  If you free 250 total Temtem right now, FreeTem will give you 2x Engineered DNA Strand as a bonus reward.

To recap, the best way to farm for money (Pacsuns) in Temtem is by catching and releasing Temtem, then visiting FreeTem to collect your payout. The rarer the Temtem, and the higher their level, the more Pacsuns you’ll earn.

Now that you know how to make money fast in Temtem be sure to check out some of our other helpful guides including all of the answers to Sanyu’s questions in Temtem, whether you can buy a house in Temtem, and how to XP share using the Coward’s Cloak in Temtem.