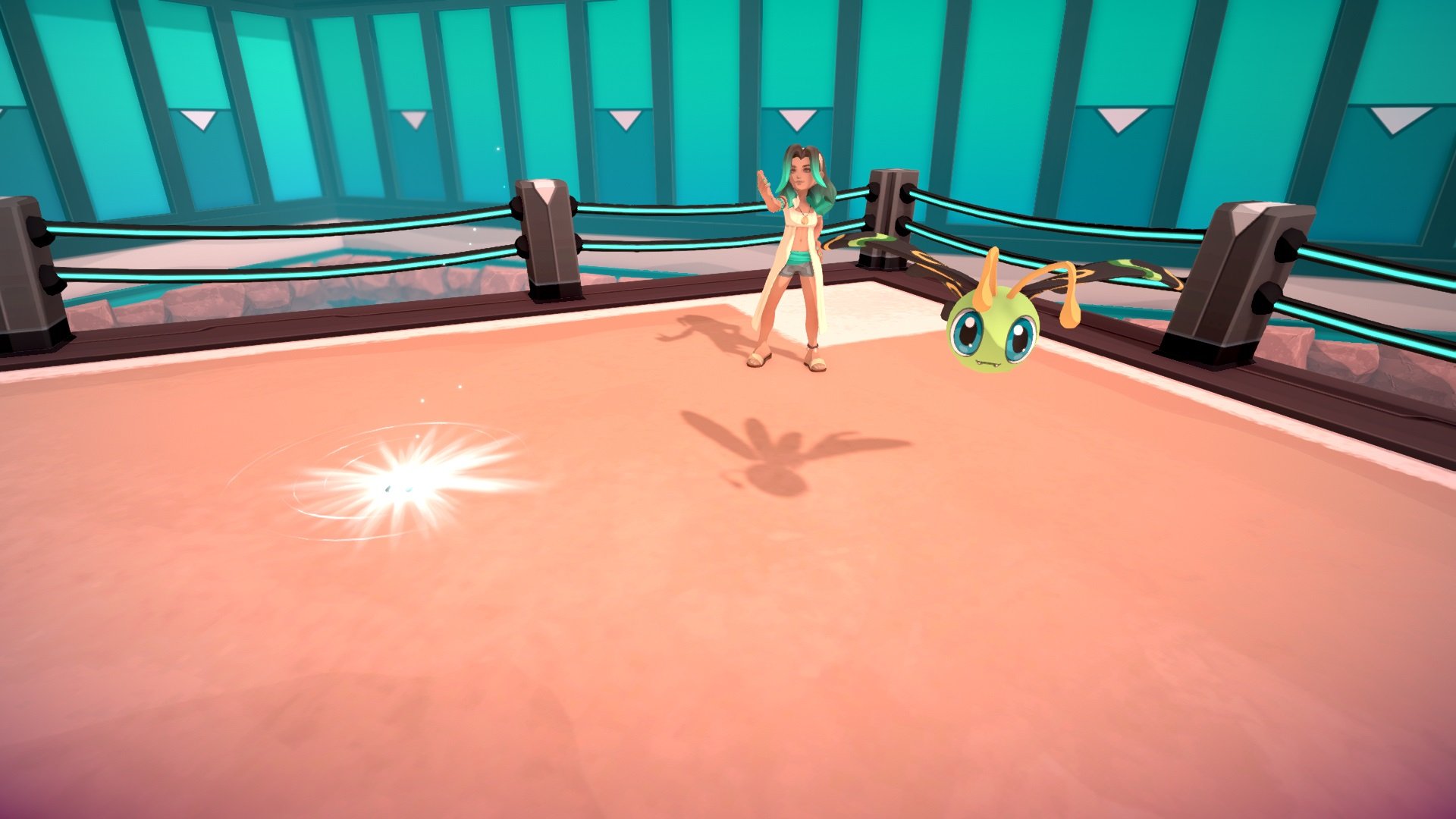 In Temtem, your first Dojo Leader battle is against Sophia, a Water Tamer. To be able to fight Sophia, you’ll first need to rescue her from Clan Belsoto as they’ve trapped her in Windward Fort. After rescuing her, she’ll return to her Dojo in Arissola where you can visit and fight her. To help you prepare, we’ve put together a complete guide on how to beat Sophia in Temtem!

The battle against Sophia is one of the first big challenges of Temtem as she’s the first Dojo Leader you’ll battle. As noted above, you won’t be able to fight her until you’ve finished rescuing her from Clan Belsoto at Windward Fort. Once Sophia has been rescued, she’ll return to her Dojo located in Arissola.

Inside the Dojo, you’ll encounter a small area puzzle and several Tamers looking to take you on. If you get defeated you’ll respawn at the Temporioum in Arissola and can go back and try again. That said, there are many ways to beat the Arissola Dojo and Sophia as long as you keep Types in mind.

Below, we’ve listed all of the Temtem that Sophia uses, their Types, levels, and the order in which they appear.

As you can see from Sophia’s team in Temtem, she primarily works with Water and Wind, though she has a more balanced team lineup than other Tamers you’ve fought. Sophia also uses Temtem at Lv. 15 through Lv. 21, so leveling up your Temtem to these levels is recommended, even if you have a Type advantage.

Note that Sophia’s Oceara is extremely powerful and can K.O. both of your Temtem on the battlefield with one extremely powerful move… Tsunami. Because of this, we recommend focusing on taking down Oceara once Sophia sends it out. Trust us, Oceara is Sophia’s most powerful Temtem and she uses it with deadly effectiveness.

To help with Type advantages, we’ve listed the Types that are effective against Sophia’s group of Temtem.

Judging by the weaknesses above, your best bet to take on Sophia with one or more Temtem of the Electric Type. For example, you can catch a Ganki (or multiple Ganki) fairly early on in Temtem. Other options include Loali and Crystle if you chose it as your starter. Smazee and Houchic both work as well, just keep Houchic out of Sparzy’s way and you’re good.

If you’re in a pinch, you can also use Neutral Temtem like Skail and Tateru. In the end, Electric Type seems to be the way to go. We wish we’d caught an army of Ganki because it’s been the most effective choice against Lady Lottie and Sophia. To summarize, we’ve listed the Temtem useful against Sophia’s group of Temtem.

Using your Surfboard, you can travel across water and complete quests like finding Yusuf and Roger in Brical, which you should do before you board the Airship. You can also catch new Water Type Temtem and explore areas you were previously unable to access.

Now that you know how to beat Sophia in Temtem, be sure to read through some of our previous guides including how to beat Lady Lottie in Temtem, how to climb in Temtem, and how to reset and start a new game in Temtem.