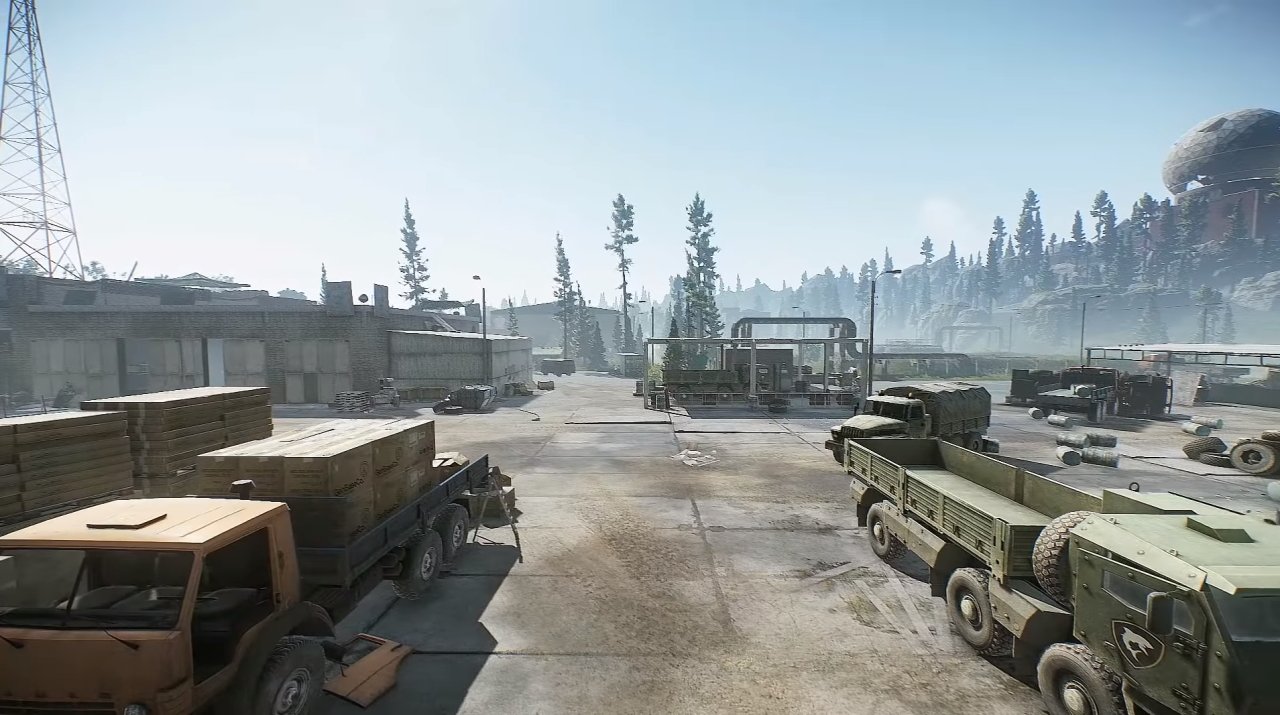 Kingdom Hearts 3: ReMind DLC's ending has appeared online and ties in with another game.

Below you’ll find a map showing all the Reserve map extraction points in Escape from Tarkov. PMC extracts are marked in blue, while Scav extracts are marked in red. There is only one PMC-only exit on Reserve, but several Scav only or shared exits. We’ve described the PMC exists underneath the map in further detail, explaining what to look for or what requirements each one has, so check them to help you find the right spots. We'd like to give credit to Tarkov's gamepedia wiki for the original, unmarked but translated map.

Requires: Nothing. Single-use. Only arrives between 25-35 minutes into the raid. Not always available.

Available to both PMCs and Scavs, the Armored Train Reserve extraction point is one of the stranger option to be added to the game so far. This extraction point arrives in the center of the map at roughly half an hour into the raid and only sticks around for 7 minutes. It’ll honk one minute before departure, then emit two honks as it shuts up shop and leaves, starting the countdown of a few seconds. Anyone inside the train at that time will be able to get out, friend or foe. It makes a lot of noise, but what a cool way to leave, eh?

Requires: Lever in marked shack must be activated within 4 minutes.

Another extraction point for both PMCs and Scavs, the Bunker Hermetic Door asks you to unlock it before you leave. You’ll need to visit the Lever Shack marked by an asterisk and white diamond on the map above (southwest of the helicopter) in order to open the route up. Pull it and you have four minutes to reach the extraction point before the lever resets. The Bunker you need to enter is the east end of the west set of bunker entrances. The last in the first bunker door hallways. Look for the door with the light over it.

A PMC-only extraction point, the Cliff Descent works in a similar way to the unique Woods map Cliff Descent/Mountain Stash extraction point. To exit here you need to have the Paracord and Red Rebel (RR) Ice Pick on you. The extraction point is up by the radio tower in the north, behind the main building and the metal stairway you use to walk up to it. Dump any armored vest you’re wearing and walkup to the fenced corner with a lone tree in it to begin extraction.

Requirements: Must have friendly PMC and Scav present.

Don’t let the name mislead you, the Scav Lands extraction point is available to both PMCs and Scavs. The key is that you’ll need both a Scav and a PMC there in order to start it. Either team up with a friend or make an unlikely alliance during the match (if you dare) to try and extract here. It’s located in a small alcove with a pile of sandbags and an armored vehicle towards the southwest of the compound.

Requirements: Must not have backpack equipped.

Another PMC and Scav extraction, Sewer Manhole is probably a last-choice extraction point. It’s available throughout the match, but to get out you’ll need to have no backpack equipped. Considering that highly limits the amount of loot you’ll be able to take out, we don’t recommend extracting here unless you have no other choice or are playing with a Scav who’s nicked a quality gun. The Manhole cover is sitting between a truck and separated trailer part in the corner of the fenced area marked on the map. It’s the corner closest to the radar station. Walk over to it and you’ll start a rapid extraction.

Had trouble following the descriptions above? Check out the helpful video below by samosh which walks you through them all.

Those are all the Reserve map extraction points in Escape from Tarkov. Hopefully this guide will save you from wandering around aimlessly with all your gear. If you’re after more exit strategies, check out the following EfT guides: