How to add friends and play co-op in Temtem

Learn how to play with friends in TemTem so you can team up in co-op to tackle tamers together! 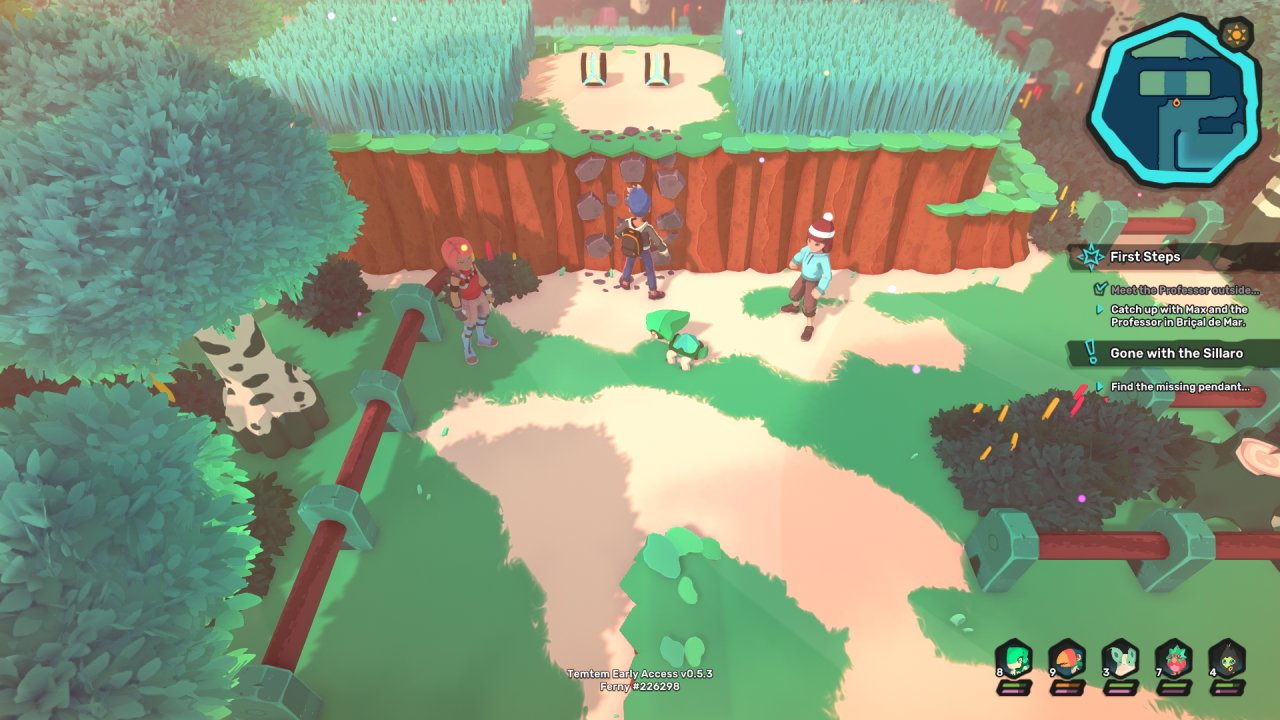 It won’t be long after you set out in Temtem’s cheery adventure that you come across two friends frustrated at their inability to climb a short surface. What kind of chump would leave their climbing gear at home? Well, you, actually. You and every other tamer on this planet it would seem. Unfortunately, there’s some bad news for those who want to learn how to climb in Temtem.

The rough cut of it right now for those wanting to learn how to climb in Temtem is that it is currently impossible. The Early Access version of the game right now only includes three out of a planned six islands, and the one which grants the Climbing Gear has yet to be added to the game. That means there’s no way for you to scale that rock and prove those two chumps how great of a climber you are. You’re stuck on the ground with the rest of us Tamers, so don’t go getting all high and mighty like that expert climber! We haven't seen them do any climbing yet anyway, so we're starting to suspect they may just be bluffing.

Don’t worry though, climbing is coming to Temtem, you’ll just need to wait for a future update before you can put hands to rock and scale those mountains! We’ll let you know as soon as the update with climbing hits, but if it’s anything like getting a surfboard in Temtem, then earning your gear will require beating a dojo leader on one of the islands.

While you can’t learn how to climb just yet, there is still plenty to do in Temtem’s Early Access release, so don’t stress too much about that early climbing wall. We bet the item up there isn’t even that great anyway! For now you can fill your time by mastering Temtem’s Type Strengths and Weaknesses, as well as how each Status Effect works. Explore far enough and we hear you might be able to pick up a set of skates...