How to heal in Temtem

The best way to replenish your Temtem's HP in Temtem. 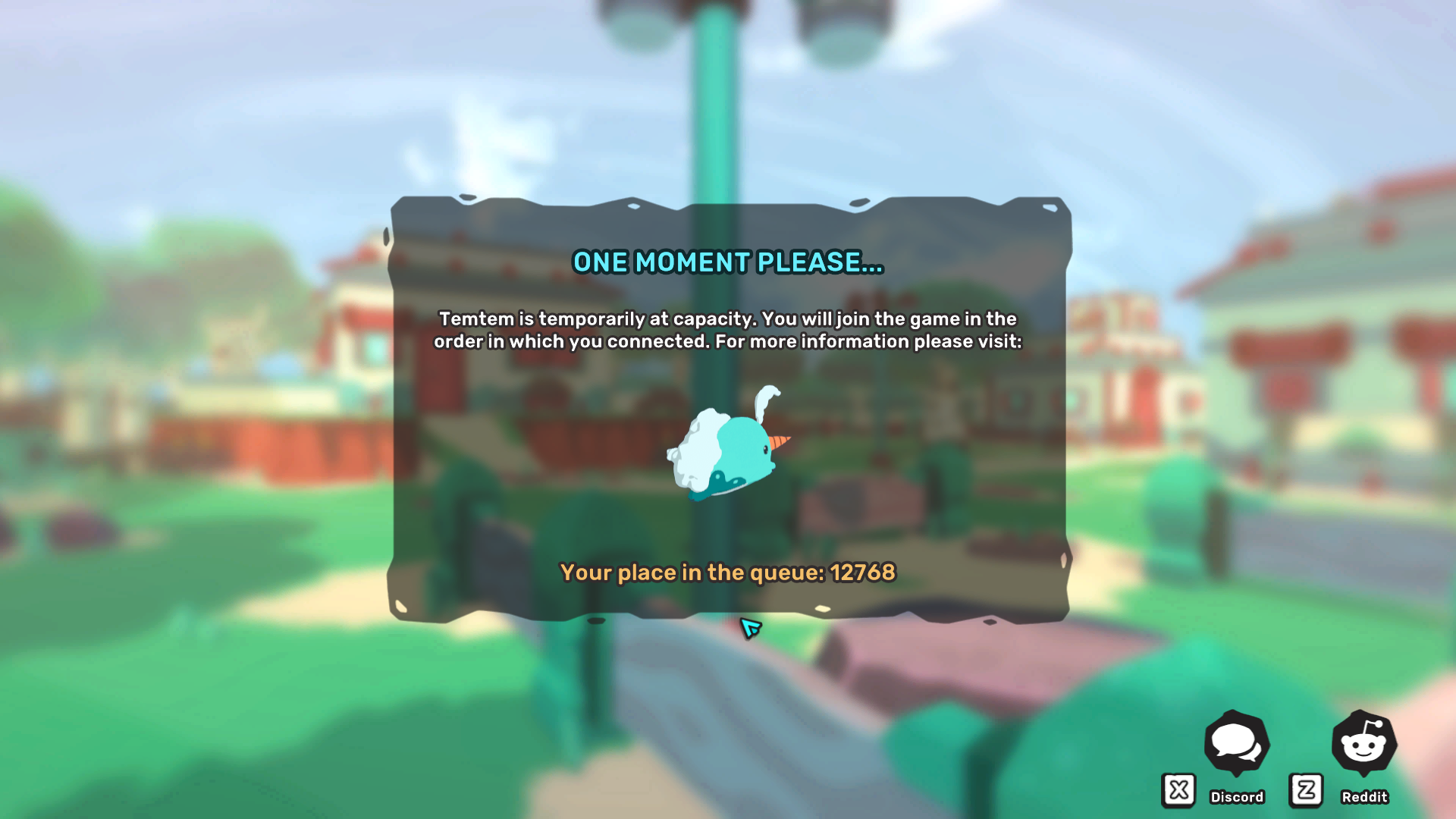 A complete Temtem list, detailing all Temtem we know of so far in the Early Access launch.

Have you heard of Temtem? Turns out a lot more of you had than developer CremaGames was prepared for. The indie studio’s take on the creature-catching Pokemon formula has just released into Early Access on Steam, and the servers are having a bit of trouble keeping up with demand.

More than 20k players have attempted to join the MMO’s early access debut, a figure so large that it caught poor Crema a touch off guard, leading to hasty work towards a fix and several updates on Twitter. Many players found themselves stuck in queues of over 10k players, wondering if they’d ever be able to log on.

Zadar is a small village, it's not ready to receive 20k new tamers. Aina can't cope greeting you all!

Since the launch, Crema Games has already released a core patch and several hotfixes to not only bring the servers online but also solve several co-op and creation issues players have run into. Thankfully it seems most people are able to join and get started on their adventure now. With such a huge number of tamers jumping it at once, it’s no surprise to see a smaller release like Temtem run into problems, but we’re very happy to see developers Crema working to get everyone online and catching critters as quickly as possible.

The success of Temtem shows just how strong the demand for a Pokemon-style game on PC is, even with Pokemon Sword and Shield still relatively recent releases on Nintendo’s Switch console. If you’re still having trouble with any features for Temtem, we recommend following the official Twitter account which has continued to post hotfix updates through the night. We seriously hope the Spanish development team found time for rest in between all the excitement.

If you’re starting out a journey in Temtem yourself or just want to learn more about the game, we’ve got several guides for the game up already, so check out the links below: